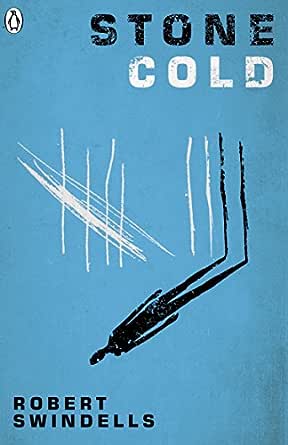 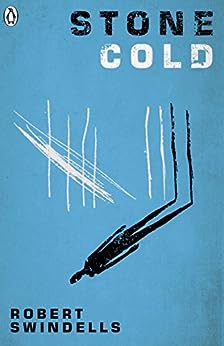 A tense, exciting thriller combined with a perceptive and harrowing portrait of life on the streets as a serial killer preys on the young and vulnerable homeless. 17-year-old Link is distrustful of people until he pairs up with Deb, homeless like him. But what Deb doesn't tell him is that she's an ambitious young journalist on a self-imposed assignment to track down the killer and that she's prepared to use herself as bait ...

Winner of the Carnegie Medal

Tuan Huy Ly
2,0 van 5 sterren I don't like it
13 september 2013 - Gepubliceerd op Amazon.com
Geverifieerde aankoop
There's no point to this story, just some random guy killing homeless people and I guy chucked out on the street by his step dad. The writer goes out of his way to make us feel sad for Link and then end the story with a crappy ending. Don't buy this book, too expensive and the plot is not as good as it sounds.
Meer lezen
Vertaal recensie in het Nederlands

Paul T
2,0 van 5 sterren Morally Incorrect plus a Boring and Expected Plot
28 december 2018 - Gepubliceerd op Amazon.com
Starting off with the most basic introduction an author could use. The general style I did not understand, for it seemed to be a halfway house between a diary and an actual story written in the first person. However, the author did create a liitle bit nof tension here and there, but no where near enough to even come close to being a good story.

Robert Swindells seems to want to pass a messge on to us readers. The message is: Go and help homeless people, or at least go and help them. However, a lot of the facts in the book were not true. For example, it is not true that the employment agencies do not hire or help you just because you are homeless. He tends to drag a lot of cases to the extreme and exagerates them until you feel really bad for the victims(in this case, mostly Link and Ginger).

Furthermore, I would have liked to have seen more characterisation in the characters to make readers more interested. For example, describing their train of thought more often.

Lastly, this story's setting was not as good as some other books Robert Swindells has written because it was vague and lacked explantion on what happened after Link's father ended up falling in love with a receptioness instead. In my opinion, this point would make the reader be more interestedin reading on.

Amazon Customer
5,0 van 5 sterren Psychopath meets runaway: the outcome seems bleak
7 juli 2008 - Gepubliceerd op Amazon.com
As any serial killer knows, the easiest targets are those who wouldn't be missed - prostitutes, the homeless, the poor and alone. As for the homeless, no matter how streetwise, who can resist a couch for a night and a bowl of tomato soup? The book alternately guides us through the minds of a psychopath and a teenage runaway. On another level, it also shows how the System can spit out two human beings, turning them into something less. This is not a fairy tale and may leave your child cowering under his duvet. And yet, it may lead him to appreciate shelter, a warm bed and food in the fridge. And yes, to remember to have good friends and never to talk with strangers.
Meer lezen
Vertaal recensie in het Nederlands

Robyn
4,0 van 5 sterren Stone Cold
10 januari 2002 - Gepubliceerd op Amazon.com
My Review on `Stone Cold'.
The story begins with family problem, Link has a new stepfather and he doesn't like him. Vincent [the step father] has made a pass on his older sister and she moved out, and now he's bulling Link. So Link leaves, dropping in at Carols for a shower and a meal now and then. But after getting the feeling of being unwanted he leaves for London. There he meets Ginger who shows him all the tricks and guides him through a tough winter. Then he disappears and Links all alone....
Stone Cold is not the book I would normally read, so when reading, I wasn't quite sure whether or not I would like the murder and realistic street life. After reading I found that I enjoyed the gritty language and the way there were always new characters in the story, I think it made it more interesting. The storyline itself was cleverly put together, and sound like link was really writing this story on the street because of Swindells street life experiences.
The way Swindells uses both Link and Shelter writing in first person was different but I liked it because it was two different points to the story, and the suspense was increased because you know what Shelter is going to do to Link!
The story line was very cleverly put together so that the two characters meet and they mentioned their meetings in their individual chapters of the story. For instanced, Links friend Ginger asks Shelter for money, Shelter says no and the two boys [Link and Ginger] go of laughing, and then Shelter wants revenge. Shelter then mentions Link and Ginger as `laughing boy 1 and 2' in his daily orders.
I like the way through out the book, as Shelter murders the street kids, as he tells us in his daily orders, in Links writing he starts to find out who these people are that are `disappearing'. For example Toya, Doggy Bags, and ginger are all named in Links writing, and then murdered by Shelter.
The story comes together nicely at the end because the first person writing is dropped and both of the characters are speaking. The end was a surprise with Gail because even though there was something strange about you never expected her to be a journalist. I think the ending for Link was a bit rough Gail leaving him alone a Link then going of back to the streets, but I think it was all part of the realism not everything can have a happy ending.
The story made me more aware o the problems and causes of homelessness. I think this is what Swindells wanted me to feel at the end of the book, and I think it is good he is bringing up such an important issue in his book. I think this book would be good for mostly teenagers in places where homelessness is a problem. Reading this would hopefully make them more aware that making themselves homelessness will not resolve family problems
In conclusion this book was overall a great story and it has made me read more murder/thriller books. The language and issues were real and I think that's what people like to read. I would recommend this book to anyone who would like a good book or for a taste of the dangers of the streets.
By Robyn Denman
Meer lezen
Vertaal recensie in het Nederlands

Justin Winton
5,0 van 5 sterren A great depiction of life on the streets
7 oktober 2002 - Gepubliceerd op Amazon.com
I thought this was a fantastic novel providing an excellent unglamorised vision of life on the streets. There are certain passages that describe the main character's day-to-day life that seem so realistic that you feel uncomfortable just reading it. The naivety of Link (the main character) as he sets out to survive in a hard new world provides Swindells with an excellent tool to show just how tough an existence this can be. Swindells also deals with broader issues concerning community attitudes to the homeless. The way people react to being approached by homeless people.
This is made exciting through the use of a thrilling story about an ex-soldier who is stalking and murdering homeless people. A sort of one-man mission to rid the streets of this "filth". When Link becomes his tartget the reader is swept along to a thrilling conclusion. This combination of suspense and social comment make for an entertaining and thought-provoking read.
Meer lezen
Vertaal recensie in het Nederlands
Ga naar Amazon.com om alle 21 recensies te bekijken 3,0 van 5 sterren
Terug naar boven
Over ons
Verkoop bij ons
We helpen je graag
© 1996-2020, Amazon.com, Inc. en dochterondernemingen