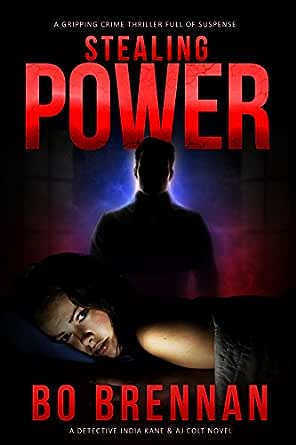 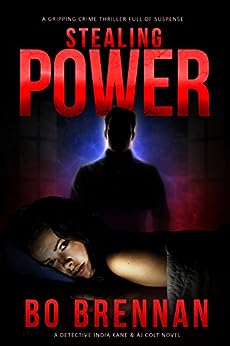 Stealing women's power is easy ... restoring it is deadly.

Detective Chief Inspector AJ Colt lives his life in the limelight. The charismatic star of New Scotland Yard is public relations gold. Everyone loves him. Well, almost everyone. For three years a vicious serial rapist has been taunting and tormenting him, sending him recordings of every sickening crime he commits. But with no DNA from the devastated victims the trail is stone cold dead, until a familiar landmark leads Colt back to his hometown - the last place on earth he wants to be.

It's also the last place on earth Detective India Kane wants him. The obsessively private local keeps her head down, works hard, and doesn't bother anybody. She likes life that way. When people bother her, things have a tendency to get messy. She's just landed a career changing case - a brutal drug-facilitated rape investigation - and doesn't take kindly to the arrogant newcomer parachuted in to snatch it from her.

The hunt is on.

But Colt and Kane's twisted prey is just warming up. As he escalates, so does his power. And he won't stop until he's stolen it all ... even if it means bringing his own brand of terror directly to those who hunt him.

When their lives collide - it won't just be the victims' worlds that are torn apart.

Gabi Rosetti
1,0 van 5 sterren WARNING TO VICTIMS OF VIOLENT CRIMES: SKIP THIS ONE!
28 december 2018 - Gepubliceerd op Amazon.com
Geverifieerde aankoop
This book had very graphic sex scenes. I quit reading it because it was that disgusting. I think authors need to warn potential readers when their subject matter might bother some, especially crime victims. One star just to post the review.

AfterThought: Unlike other reviewers, I am familiar with and enjoy British police procedurals. This book was horrible and I will NEVER read another book by Bo Brennan!
Meer lezen
30 mensen vonden dit nuttig
Vertaal recensie in het Nederlands

Kindle Customer
5,0 van 5 sterren Absolutely must read!
21 november 2017 - Gepubliceerd op Amazon.com
Geverifieerde aankoop
Full of plot twists the"bad guy's" identity wasn't revealed until almost the end and his identity was a complete surprise. AJ Colt and India Kane make an odd pairing. I don't want to risk revealing any of the plot so I'll stop here. Do yourself a big favor and read this book and the others in the series.
I did receive a free copy of this ebook but there was no request or pressure for a review. I get lots of free ebooks but only write reviews on those I think deserve it. I know that's a very subjective choice process but it's what I use.
Meer lezen
12 mensen vonden dit nuttig
Vertaal recensie in het Nederlands

TRS
5,0 van 5 sterren Gripping! Twists and turns!
23 januari 2018 - Gepubliceerd op Amazon.com
Geverifieerde aankoop
I am not easy to surprise but you surprised me Bo Brennan! I admit I had never heard of you but you just made a fan. I could not put this down. I loved the way the book teases the reader along in some bits of confusion that clears up later. I didn't suspect the true bad guy and I loved the character development. Since this book left me wanting more, and more answers about India Kane, I am about to start the next book in the series. This book is gritty, graphic, fast paced and kept my mind jumping from page one. Just the kind of book I look for but often don't find. Great job, I will keep reading this series and hope it continues as well as it started with this book. Thanks for the great read!
Meer lezen
9 mensen vonden dit nuttig
Vertaal recensie in het Nederlands

Mb4pax
5,0 van 5 sterren Great all around.
23 september 2017 - Gepubliceerd op Amazon.com
Geverifieerde aankoop
Excellent book. As a citizen of the USA, I thoroughly enjoy British novels, especially police procedurals. This was one humdinger of a crime novel with the police frantically, determinedly and logically following leads regarding a serial rapist who Roofies his victims. DCI AJ Colt out of London heads the task force in his hometown where the most recent rapes occurred. DC India Kane has no love for the superior officer who landed in her station and took over her case. The fierce hunt continues and pressure increases exponentially. Enough said about the plot. Very intense at times. Excellent character development, great settings (at least it seemed so -- I haven't been to these places but felt realistic). The daily meetings and think sessions and relationships with the detectives involved -- superb. I admit to it being a challenge for me with the British slang -- and I loved the challenge. So glad I gave into my impulse purchasing this book. On to the next one in the series right now.
Meer lezen
7 mensen vonden dit nuttig
Vertaal recensie in het Nederlands

Luna Soliel
3,0 van 5 sterren Showed promise but...
2 oktober 2019 - Gepubliceerd op Amazon.com
Geverifieerde aankoop
Interesting premise. Serial rapist sends DVDs of his "conquests" to Detective Chief Inspector AJ Colt - and to the victim (who was unconscious at the time of the rape). A few grammatical errors and a few missing words here and there. Dangling participles all over the place, and commas missing where they should be and prominently placed where they're not needed.
Point of view flipped from character to character, sometimes making it difficult to figure out who was "in charge" at any given time. Characters weren't described - I didn't find out AJ was 6'6" until about 25% of the way through the book and another character was Black until 75% through the book. One spot had India's hair as blonde, yet another place has her with "dark curls" - no description of length, although she does get a haircut but has a braid (evidently long) in another spot). Please let us know what the characters look like.
Characters were confusing. Only a few had personalities that set them apart. Too many names were alike: Lucy, Les, Len, etc.
The book showed promise, but I don't think I'll be back for more by this author.
Meer lezen
2 mensen vonden dit nuttig
Vertaal recensie in het Nederlands
Ga naar Amazon.com om alle 173 recensies te bekijken 4,0 van 5 sterren
Terug naar boven
Over ons
Verkoop bij ons
We helpen je graag
© 1996-2020, Amazon.com, Inc. en dochterondernemingen