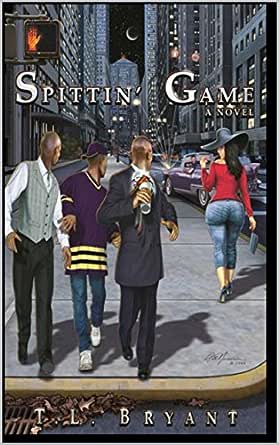 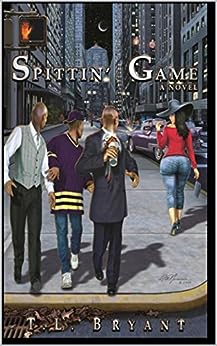 Xavier Thompson has just had the night from Hell and today isn’t looking much better when he receives a phone call at six in the morning from his older brother Michael asking him to meet at the local bar A.S.A.P. When Xavier gets to the spot, he finds Michael in a dark corner of the bar looking as bad as a kid who got pissed on and passed over by Santa on Christmas morning.

Michael reveals that last night he decided to take a break from his highly successful political campaign for Congressman on Indy’s East Side to spend an evening alone with his wife Debra. What is meant to be a night of romance becomes anything but when Debra drops a bomb in the hotel room, asking Michael to do a little reverse role play complete with pink panties, stockings, and high heels for him!

After screaming “Hell no!” several times, followed by a couple of “Woman you must be crazy!” and topped off with a “I’m gonna get da car right now!” Debra seductively convinces Michael to try it. Figuring nobody would ever find out, Michael decides a little role-playing might be a good way to spice things up. It seems like a good idea until a fire starts in their room forcing Michael outside in his “man panties” and into the arms of Theresa Gomez, an aggressive tabloid reporter on rise. The next morning Michael sees there is going to be a “special” exposé on his life on Theresa’s tabloid show Inside Scoop. Figuring the worst, he informs Xavier of his intention to drop out of the race.
Xavier decides he can’t let Michael go out like that and becomes determined to save his brother’s career at all costs. Xavier embarks on a quest to get Michael’s “prancing panties” tape back before the evening broadcast. While reminiscing about his own sexual mishaps coming up in the game, Xavier learns the truth about the story and discovers his brother’s career is not the only thing on the line if the story goes on the air.

They Did It All for the Nookie & the Nookie Is Kicking Their Ass! Xavier has just had the night from Hell when his brother Michael reveals that last night he decided to take a break from his thriving political campaign for night with his wife Debra. The night takes a twist when Debra asks him to do some role-play complete with pink panties, stockings, & high heels for him! After several protests, she seductively convinces him try the idea, figuring no one would find out, until a fire starts forcing him out in his "man panties" & into the arms of a reporter, Theresa Gomez. In the morning, Michael sees an ad for an expose on his life on Theresa's tabloid show. Figuring the worst, Michael plans to drop out of the race. After laughing his butt off, Xavier embarks on a quest to get the story pulled. While reminiscing about his own sexual mishaps, Xavier learns the truth about the story & discovers Michael's career isn't the only thing on the line if the tape surfaces.
click to open popover

Brandi
5,0 van 5 sterren Funnier Than Gary Owens!!!!
15 september 2017 - Gepubliceerd op Amazon.com
Geverifieerde aankoop
This is my third book I have read from Mr. TL Bryant and I must say he is an excellent writer!!! I Love reading Spittin Game it was so funny!!! TL Bryant had me laughing harder then Gary Owens with this book!! This book end up having a great twist in it that I did not see coming. Great Job Mr. Bryant!!!!
Meer lezen
Een iemand vond dit nuttig
Vertaal recensie in het Nederlands

Pam
4,0 van 5 sterren LOL Funny!
23 april 2016 - Gepubliceerd op Amazon.com
Geverifieerde aankoop
Spittin Game by T.L. Bryant was hilarious.I laughed so much reading this book Once I started reading I couldn't put it down. I liked all the characters . Xavier was my favorite. The stories the brothers told had me laughing. I got many strange looks. Good job T.L. Looking forward to reading more books by you!
Meer lezen
Vertaal recensie in het Nederlands

KJ
5,0 van 5 sterren Pure Comedy front to back
7 april 2019 - Gepubliceerd op Amazon.com
Geverifieerde aankoop
Spicy, Funny, Exciting. You never know where the creativness is going to lead you. T Bryant did an excellent job. Can' wait to read the next book.
Meer lezen
Vertaal recensie in het Nederlands