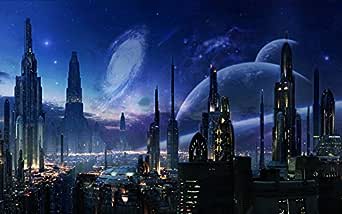 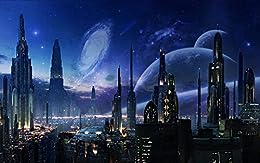 My upcoming book, "Sojourn," is a sci-fi drama/romance series that is set in the far future. The story begins on a remote colony world called Oumi, a world very, very different from Earth. The planet orbits a red-dwarf star and is tidally-locked to its parent star, meaning that one side is always day, and the other always night. On the day side of the planet, there is a narrow strip of land where the climate is warm, tropical and a vast profusion of life exists. It is here that the human colonists live, including a mysterious order of high priests called the 'Lightbringers' and one of their most prominent members, a young man by the name of Munraito Hikari no Sukui. Already a high-ranking official within the Order and very wise beyond his years with the ability to perform truly remarkable feats through his Hyperspace Meditation, Munraito thinks he has seen everything...until one night on Sakura Matsuri, a huge colony ship arrives in orbit and delivers a young woman from Munraito's distant past that immediately becomes very fond of Munraito. Faced with the prospect of a romantic relationship for the first time, Munraito realizes that all of his wisdom and training cannot prepare him for this...and as Munraito digs deeper, he discovers the young woman's dark, mysterious past and a plot that could utterly destroy the human race forever.
click to open popover