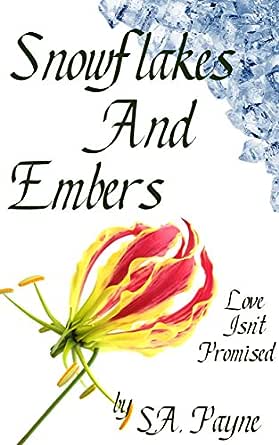 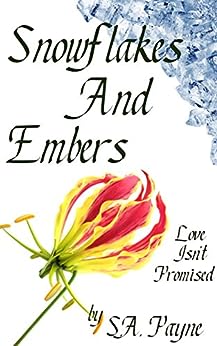 Deseem was to be a gift to God, trained from birth to be a priest but when his father, the king, is short on allies and heirs he’s ordered to become a Bentan Bride. Left with no choices and options he braces himself for the worst.

Liam is used to how his magic frightens people and he’s learned to like his isolation. He’s content being a Watcher and finds real joy in his work. The last thing he wants is a Bentan Bride.

When destiny and chance bring them together they both have to struggle to build a new life.

Siona
2,0 van 5 sterren Okay story, but in dire need of an editor!
25 oktober 2018 - Gepubliceerd op Amazon.com
Geverifieerde aankoop
The story itself was alright. The beginning was well done, the plot and characters were interesting enough, but it all started to fall flat towards the middle. Everything seemed to drag on in some parts, and didn't linger long enough in others. The ending was sort of open, it didn't resolve a lot of the main elements set up earlier in the book. I realize the book was more focused on the two main characters, especially towards the end, but it was strange a lot of the world building done in the beginning was just left hanging. It reads a lot more like it was meant to be the first book in a series. If that's true, perhaps those elements will resolve later, but it feels a bit lacking until/if that happens. Not terribly so, though, and again, overall the story was fine.

That said, the book truly needed more editing. Main character's names were occasionally misspelled. Incorrect words often made their way into sentences - things that would not be caught on a spellchecker, but that are still wrong for the sentence. For example, chard bed covers, instead of charred. Chard is a word, just not the one the author probably wanted to use. Using 'than' when it should have been 'then,' or the other way around, multiple times. In fact, nearly every time. Run on sentences were also frequently an issue. Strangely worded sentences. Too much repetition in some places. All things a good editor would really help with.

If I were rating this book on story alone, I'd probably have given it a four out of five (or possibly three), even with the issues I had with the second half of the book. But with all the errors? They happen so often, and it takes me out of the story each time. Some editing and polishing would have made this a much better read.

Kindle Customer
4,0 van 5 sterren 4.5 stars!
4 november 2017 - Gepubliceerd op Amazon.com
Geverifieerde aankoop
This book sticks with you. I read it years ago on line, and it has never let me go. The world building! The glimpses of light in the dark. Love and torture, enslavement, abuse, kindness and love. There are triggers here but they are an important part of the story. The story is set in a world where a culture with great beauty has grown a very dark side in a time of greed and war and magic. This is a love story, a long, involved, vivid journey. The ending is a happy one but I do want the author to write the next chapter in our MC's lives! If you like M&M epic other world dark romance this is a winner
Meer lezen
2 mensen vonden dit nuttig
Vertaal recensie in het Nederlands