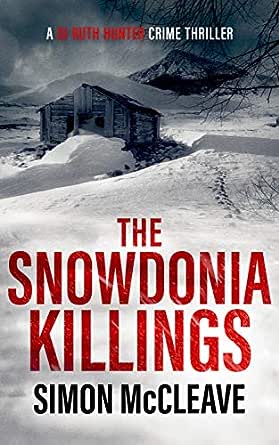 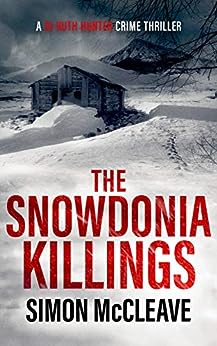 "A stunning thriller. I couldn't put it down. And the twist! WOW! I wish I could give it SIX stars."  -  Amazon Reviewer

"Gripping stuff. One of the best crime thrillers I've read in years. I finished it in one sitting. Brilliant!"   - Amazon Reviewer

Starting a new life in Snowdonia was always DI Ruth Hunter's dream. Until a twisted killer turned it into her worst nightmare.

Detective Inspector Ruth Hunter lives with the pain of her partner’s mysterious and unsolved disappearance. About to hit fifty, the veteran police officer trades in the crime-ridden streets of London for a more peaceful life in rural North Wales. But Ruth has barely settled into her new position in North Wales Police, when the body of a brutally murdered woman is discovered…with strange symbols carved into her skin. Teaming up with an obstinate deputy, Ruth struggles to eliminate anyone from a long line of suspects. When another slain victim is discovered with the same cryptic markings, she’s forced to re-think the investigation.

Has Ruth got what it takes to solve the case before the murderer attacks again?

The Snowdonia Killings is the first book in the DI Ruth Hunter Crime Thriller series and set against the majestic backdrop of Snowdonia, a timeless land of Arthurian legend, folklore and myth. If you like dark police procedurals, psychologically complex characters, and shocking twists, then you’ll love Simon McCleave’s pulse-pounding debut novel.

B. Shirley
3,0 van 5 sterren Interesting story, not my cup of tea
22 januari 2020 - Gepubliceerd op Amazon.com
Geverifieerde aankoop
Somehow I cannot get into gay (male or female) principal characters. I suppose I am just too old and old fashioned. I never mind their being colleagues, etc. No good reason! Story interesting, and a good ending with a twist. Also find severe alcoholics tedious.
Meer lezen
18 mensen vonden dit nuttig
Vertaal recensie in het Nederlands

Out of Madison
2,0 van 5 sterren Couldn't finish
22 januari 2020 - Gepubliceerd op Amazon.com
Geverifieerde aankoop
The story (mystery killing) seemed good and I really wanted to find out who did it but I couldn't get by the main character's sexual orientation being constantly mentioned and the habitual drunk Nick. From the way Nick's drinking is described it's amazing he could function al all and I hated the fact that he constantly drove while intoxicated with a bottle in the glove compartment. I finished 43% of the book according to my Kindle and I just decided I really didn't care who murdered the teacher - I couldn't waste anymore time reading about characters I really didn't like.
Meer lezen
14 mensen vonden dit nuttig
Vertaal recensie in het Nederlands

always reading
3,0 van 5 sterren Needs a good editor
24 januari 2020 - Gepubliceerd op Amazon.com
Geverifieerde aankoop
In all honesty, I am still reading this book so my so called review will need an update. I like the story so far but my complaint is the editing. Sentences don't make sense and main character is called Liz instead of Ruth and a couple of witnesses are called Wilson and Lincoln on the,same page! I will finish and then revise my review
Meer lezen
8 mensen vonden dit nuttig
Vertaal recensie in het Nederlands

Cathy
4,0 van 5 sterren An old fashioned murder mystery.
31 januari 2020 - Gepubliceerd op Amazon.com
Geverifieerde aankoop
This murder mystery was a good read. It had twists and turns you wouldn't expect. The two main characters, Ruth and Nick had their share of faults but as the story read on, they seemed to overcome them. The story seemed to repeat some parts and some parts seemed out of place, but for the main story it was a very good tale. If you like English mysteries then this book is for you.
Meer lezen
3 mensen vonden dit nuttig
Vertaal recensie in het Nederlands

Joanie
5,0 van 5 sterren Compelling with twists
23 januari 2020 - Gepubliceerd op Amazon.com
Geverifieerde aankoop
Great first in a series,Such descriptive prose that you can feel the story. The flashbacks to four years ago didn't make much sense to me at first, but by the twist of an ending they made perfect sense! Developing main character and her partner that I'm sure will continue in the series. You know there is so much more to their stories.
Meer lezen
3 mensen vonden dit nuttig
Vertaal recensie in het Nederlands
Ga naar Amazon.com om alle 37 recensies te bekijken 3,7 van 5 sterren
Terug naar boven
Over ons
Verkoop bij ons
We helpen je graag
© 1996-2020, Amazon.com, Inc. en dochterondernemingen