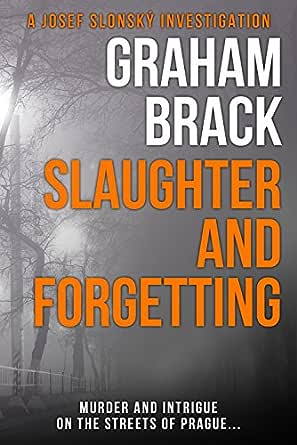 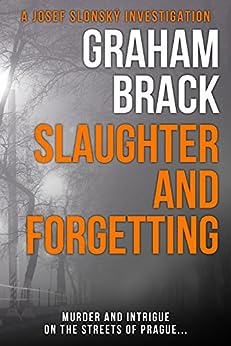 A detective series like no other! Perfect for fans of Ian Rankin, Jo Nesbo and Peter Robinson.

Has a man been hanged for a murder he didn’t commit…?

Thirty years ago a young woman was brutally slaughtered in her home.

The police charged and eventually hanged a suspect in what appeared to be an open and shut case.

But when a retired police officer, Edvard Holoubek comes to Lieutenant Josef Slonský with memories that have haunted him for decades, it becomes clear that everything is not as it seemed…

Before Slonský can delve any further Holoubek is deliberately targeted in a hit and run.

It seems someone doesn’t want the truth to come out…

With memories failing and leads running cold Slonský finds himself in a race against time to find the real killer.

This is book two of a series. I am on book three at the moment. I can't get enough of this dialog!

Magpie
5,0 van 5 sterren 6 stars!!
10 mei 2019 - Gepubliceerd op Amazon.com
Geverifieerde aankoop
It has been a long time since I enjoyed a book as much as this one! characters are strong and each has their own foibles. The plot is convoluted and the sense of place haunting. It is an outstanding achievement by a non-Czech author to capture the place in its present and past versions. Highly recommended - if 6 stars were possible this book and the others in the series would get them!
Meer lezen
2 mensen vonden dit nuttig
Vertaal recensie in het Nederlands

Aussie
5,0 van 5 sterren Intriguing and Great Characters
23 maart 2020 - Gepubliceerd op Amazon.com
Geverifieerde aankoop
Intriguing read. A lot more insight into the past when communism ruled Czech and how the law operated. It's so interesting to see the cops years later and how they have adjusted - good and bad - to the law in a non-communist country. Intriguing mystery, great characters.
Meer lezen
Vertaal recensie in het Nederlands

M.W. Johnson
5,0 van 5 sterren Interesting and fun world noir
24 januari 2020 - Gepubliceerd op Amazon.com
Geverifieerde aankoop
Lt.Slonsky is an unconventional Czech police officer. He hangs out in cafes, trades funny barbs with people and uses thinking over beer and sausages to solve crimes. I really enjoy the intersection of the communist past with the present and learn a lot. Exciting now and then too. Give him a try!
Meer lezen
Vertaal recensie in het Nederlands