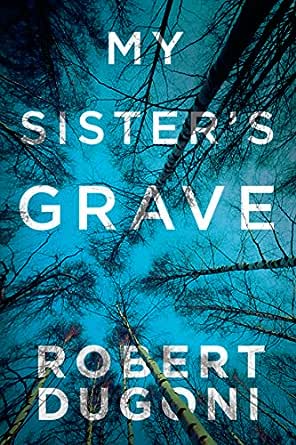 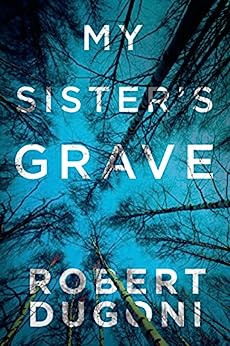 Robert Dugoni is the critically acclaimed and New York Times-bestselling author of the David Sloane series: The Jury Master, Wrongful Death, Bodily Harm, Murder One, and The Conviction. Murder One was a finalist for the Harper Lee Award for literary excellence. Dugoni is also the author of the bestselling standalone novel Damage Control, and his nonfiction exposé, The Cyanide Canary, was a Washington Post Best Book of the Year selection. Dugoni's books have been likened to Scott Turow and Nelson DeMille, and he has been hailed as "the undisputed king of the legal thriller" by The Providence Journal. Visit his website at www.robertdugoni.com, and follow him on Twitter @robertdugoni and at www.facebook.com/AuthorRobertDugoni.

Kindle Customer
5,0 van 5 sterren An incredible story, one that will take you on a journey you won't soon forget.
12 mei 2018 - Gepubliceerd op Amazon.com
Geverifieerde aankoop
Mysteries are one of the most read genre's in the book world. There are many author's and many tales to choose from. I've never given five stars, but if any book deserves it, this one does. My sister's grave is everything we crave in a mystery. Tracy Crosswhite, a Seattle detective has been fighting demons for two decades. When her younger sister disappears 20 years ago following a shooting competition, it shatters the lives of a family and a small, tight knit community. Tracy's father James, a we'll respected man in the small town of Cedar Grove Washington devotes his whole being to finding out what happened to Sarah, Tracy's sister. Roy Calloway, the sherriff of Cedar Grove, and a good friend of James Crosswhite believe they know who murdered Sarah. Edmund House, a convicted rapist has allegedly confessed to raping and murdering Sarah. There's just one big problem... they've never found her body. Questionable evidence ends up getting Edmund House convicted of the crime. His confession was never recorded, and to Tracy, a Seattle detective who quit her career as a chemistry teacher in Cedar Grove to become a law enforcement officer following her sister's disappearence, the evidence just doesn't add up. Now, 20 years later, after a dam is removed, hunters find the skeletal remains of Sarah in a shallow grave where a lake once stood. This puts into motion a complete revisiting of the case, with Tracy determined to find out who killed her sister. The story weaved by Mr. Dugoni is an incredible tale of love, deception, and how to reconcile both. I couldn't put this book down after the first chapter. As soon as you think you've figured out what's happened, you realize you haven't. The characters are real, the emotions raw. You'll find yourself convinced of one's wrongdoing only to question it later. This book is so we'll written, so engrossing that you almost don't want it to end. If you read only one murder mystery this year...make it this one. You won't be disappointed.
Meer lezen
148 mensen vonden dit nuttig
Vertaal recensie in het Nederlands

Kindle Customer
5,0 van 5 sterren Jackpot!
10 mei 2017 - Gepubliceerd op Amazon.com
Geverifieerde aankoop
Seems like more often than not when I condescend to buy a Kindle book, I find that 25 pages in I think, "Well, that was another 2 bucks down the drain". So to say that I'm in heaven when I accidently come across an author who actually knows how to write a good book, is an understatement. What I want to know is why I've never come across Robert Dugoni before? This book has everything I'm always looking for--interesting characters, a page-turning plot, a tough, independent woman protanganist--the whole ball of wax. Plus, another example of secrets and lies eventually causing more trouble than they're worth. I've already ordered the next book in this series and fully expect to read all 5. If you like a book police procedural; you couldn't ask for more than you'll get with this book. And it only cost $1.99 instead of the $14.99 you usually have to pay for a really good read!
Meer lezen
115 mensen vonden dit nuttig
Vertaal recensie in het Nederlands

SparkleGirl
1,0 van 5 sterren I don't get it...
18 december 2018 - Gepubliceerd op Amazon.com
Geverifieerde aankoop
I purchased this book because of all the great reviews and after reading it, I feel like I’m missing something. All the characters were hokey. The way the author referred to things were so cliche… “The A Team”, “The Bullpen”, etc. And the names of the other characters were so similar it was very hard to keep track of who was who. Also, why did the author insist on switching between calling a character by their first name and last name? Tracy was extremely unlikable and her quest to have a convicted rapist released to further her own selfish end game did not help. The ending did pick up but it was a struggle to get through this book.
Meer lezen
39 mensen vonden dit nuttig
Vertaal recensie in het Nederlands

Mystery Fan
4,0 van 5 sterren A Good Start To A Series
21 september 2017 - Gepubliceerd op Amazon.com
Geverifieerde aankoop
I love a series. Sometimes I find a character I like and buy all the other books to see how the character develops. Almost always the series starts with a mystery and, in a few books, it becomes personal. That's usually where the distraction begins. This one started with a personal issue. Fortunately, it did not detract from the story which we want to be "how the mystery is solved". Anyway, Crosswhite is a fully formed character at this point and likeable in her own way. She is the hero but subject to all the human conditions that make us relatable. I'm looking forward to seeing how she acts in the rest of the books.

I read reviews before buying these. There were some issues with the forward/backward timelines and some who thought that these "flashbacks" were a distraction and created confusion. Sometimes that is true, but I don't know if the story could be told in any different manner. And Dugoni is certainly a talented storyteller. If you are considering this book, it's a pretty good read.

MMJ
3,0 van 5 sterren On the fence
22 oktober 2014 - Gepubliceerd op Amazon.com
Geverifieerde aankoop
I'm certainly not sorry I read the book - it's interesting, fast-paced, and entertaining. I love crime drama and this definitely read like an episode of csi or law & order. I also appreciated that the author manages to portray the heinous crime without being unreasonably graphic or vulgar. My biggest issue with the story is just how unbelievable it is. I realize Tracy's point is to uncover the egregious mishandling of the case, but it really pushes the level of possibility. The ending is also pretty far-fetched, but I understand it's fiction. My problem with the ending is how fast and explosive it is compared to the overall pacing of the book.
Also, the author needs to work on names and naming conventions. There are so many minor characters and when they all have names like Finlay, Finn, and Kins, it's harder to tell them apart. Also, the author flips back and forth between calling a character by their first name and last name with no apparent pattern or reasoning. It makes it particularly difficult when a character is named something like "Kelly Rosa", she comes up in about 3 scenes, and half the time she's called Kelly and half the time Rosa. I thought they were two different people.

As I said, I'm not sorry I read the book and would recommend it to someone who was looking for a easy crime read. I'd also consider another book by this author, but agree with other reviewers that he needs to consider a different editor.