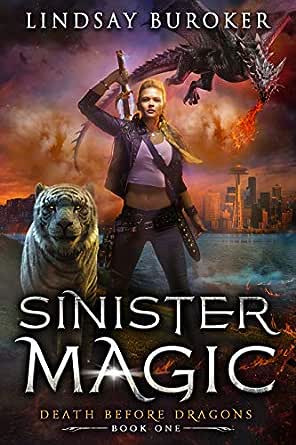 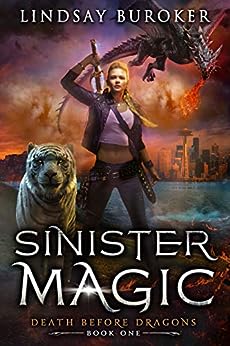 SheSellsSeashells
3,0 van 5 sterren Meh
10 maart 2020 - Gepubliceerd op Amazon.com
Geverifieerde aankoop
Our heroine is supposed to be 40 years old, with tons of Hard-Earned Life Experience under her belt. She is feared by magical bad guys and evil monsters everywhere. Nevertheless, she displays the planning capacity, logic, and thoughtfulness of a 13-year-old. Which is to say that there isn't much of it. Add in a ton of petulance (which we are supposed to think is really witty snark) and... well, you get the idea.

C. Craig Coleman
2,0 van 5 sterren No credibility at all
20 april 2020 - Gepubliceerd op Amazon.com
Geverifieerde aankoop
Normally I don't write reviews when the book is below 3 stars, but seeing so many five star reviews, I can't let this ride. This story is almost childish it's so poorly thought out. There is virtually nothing in it that is believable. It's not even well written. It starts off with phrases as sentences which makes for confusing reading that's hard to follow.
Credibility is critical in a fantasy book, but there is no credibility anywhere in this. The heroine is supposedly asthmatic, needing an inhaler, but is constantly in dusty moldy environments like the crumbling elf underground temple, right out of one of the Indiana Jones novels. The laws of physics are ignored when a monstrous dragon flips back and forth into a man's body. The massive dragon flies around all over and no one seems to notice. A flock of alien dragons eat children and only the protagonist seems to notice. Characters said to be elves are no more than mafia thugs roaming around and again, no one notices. A vampire alchemist inhabits an outbuilding at a vacant and malignant house in an upscale neighborhood... and the neighbors apparently never noticed. A colossal (saltwater) squid inhabits an inland freshwater lake and the residents on the houseboats do no more than spread Lock Ness Monster stories with no one checking anything out but the protagonist. The gist of it is, this is a current story of typical crimes but the characters are 'labeled' as classic ancient mythological beings which is insulting. There is no connection between the fantasy-name beings and the characters in this story.
It's told in the first person like a news reporter on the evening news. I never connected with any of the characters in the book.
Sorry to be so critical, but someone should tell browsers the truth.
Meer lezen
39 mensen vonden dit nuttig
Vertaal recensie in het Nederlands

moreld
5,0 van 5 sterren As Expected, Very Good
29 februari 2020 - Gepubliceerd op Amazon.com
Geverifieerde aankoop
Lindsay Buroker is one of my favorite authors, and nobody does dragons as well as she can. Val Thorvald, a result of her mother falling in love with an elf about forty years ago, is in business as a private contractor to the US Army as an assassin/exterminator of magical creatures who step outside the boundaries of the legal system. Earth, after an exodus of magical types over a hundred years ago, is starting to see a surge in them returning. Along with them, returns something that hasn't been seen on Earth for hundreds if not a thousand years, a dragon. A dragon who quickly becomes a royal pain to Val, as he has decided that she would serve him well as bait in his search for magical criminals on his list. Problem is Val is not in the mood to be anyone's servant or slave. The author always delivers a well written story with a huge dose of humor to it, and 'Sinister Magic' is no exception. Excellent first book in what hopefully will become a series. Looking forward to the next book, and the many more to come. Strongly recommended if you like impossible dragons and snarky, hardworking heroines.
Meer lezen
21 mensen vonden dit nuttig
Vertaal recensie in het Nederlands

A. K. S.
4,0 van 5 sterren Energetic start for a series
5 maart 2020 - Gepubliceerd op Amazon.com
Geverifieerde aankoop
This was invigorating like dragon's blood. I really like a tough heroine who goes through a book kicking a**, and getting hers kicked in return. Val is as tough as they come, but she pays for it too: her stress-levels are so high she has developed asthma and needs therapy, both of which are well integrated into the story. She has some other issues as well, mainly that she has had to abandon everyone she loves, a daughter included, so that they won't be killed because of her job as a monster slayer.

The story itself is fairly straightforward. Val needs to find a cure for her boss who has been poisoned with magic, and clear both of their names in the process. Her path to it is littered with creatures from other realms who are bent on killing her. Making matters worse is a dragon who wants to use her as bait to lure in more creatures who want to kill her. It is action from the beginning to the end.

As the first book in a series there was some worldbuilding and character introductions, but everything was done organically along the story. No backstory was given for why the world was populated with creatures from other realms; it was a fact that didn't need explaining for the characters. As a first person narrative, we get only Val's thoughts on things and other characters remain slightly distant. But they were all interesting. My favourite was Zav, the arrogant dragon law-enforcer. The book hints that some sort of romantic bond will form between him and Val, but in this first book there was no romance yet. It didn't need it.

All in all, a great start for a series and I'll definitely read the next book too.
Meer lezen
11 mensen vonden dit nuttig
Vertaal recensie in het Nederlands