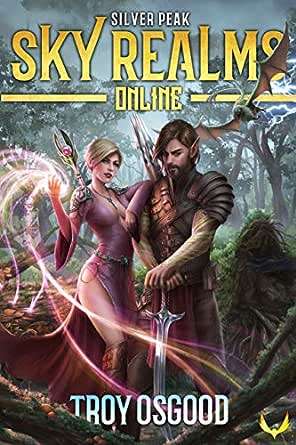 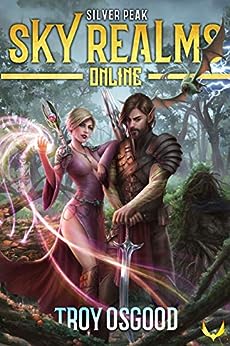 The game has only just begun...

Hall had thought he knew everything about the game, but he’s finding every day that things are different in this new, broken version of Sky Realms Online. There are new game elements, new enemies, and even new locations.

After just barely surviving his first Boss Fight, Hall finds himself in one of those new locations. He's become the lord of a ruined and isolated village called Skara Brae, deep in the middle of hostile territory.

Hall and his companions must make the long trek to the city of Silverpeak Keep for much-needed supplies or they'll risk losing everything. He hopes the journey will help determine what to do with Skarra Brae, his new in-game home.

What he thought would be a simple journey through the foothills of the Thunder Growl Mountains becomes so much more. From raging undead, to a gang war between two thieves guilds, Hall will need new allies to survive more surprises than ever before. And the threat of permadeath still looms.

Daniel Monahan
5,0 van 5 sterren Good follow up
5 november 2019 - Gepubliceerd op Amazon.com
Geverifieerde aankoop
I liked this book and will be getting the third one when it comes out, hope there are more treasure maps and airship s.
Meer lezen
Een iemand vond dit nuttig
Vertaal recensie in het Nederlands

Blindbraille
3,0 van 5 sterren Not the best
4 november 2019 - Gepubliceerd op Amazon.com
Ive been leaving a lot of reviews recently. To anyone reading this, it gets easier. Reviews help authors get recognition. That being said, this book as well as the 1st was rife with grammatical errors. Like a lot. I highlight them as i read and once i got to about 70 i stopped. The 1st book was engaging enough to overlook most if not all. But by the 2nd book nothing super exciting has really happened to keep your interest. The story meanders without any apparent endgame. He finds a village to upgrade and immediatly leaves. Sure its supposedly to help the town progress but he gets sidetracked on some theives guild quest and all the sudden this books now about saving some random city so they can get...guildsmen? It just seems like the main character is aimless and his companions are irritated (rightfully so) and were supposed to sympathize with him. Theres no real enemy or antagonist. Without that its just boring. Someone who might be interesting in a cliched bad guy super villan way was introduced in book one but their never mentioned and completly forgotten for this entire book. I couldn't slog through it. I made it to 80% and decided to re-read the cradle series.
Meer lezen
2 mensen vonden dit nuttig
Vertaal recensie in het Nederlands

***Spoilers for the Whiners***

The story picks up soon after the first and now they have a village to build up so they set off on a journey to get supplies and people to build up their village and start their guild.

The story starts off good and the time spent carrying out a quest for the Firebolg people and making allies turned out to be a very fun read.

However, that all changed when they arrive at Silver Peak City. From there were forced to sit through a stupid plot that has nothing to do with the entire point of the journey to Silver Peak. The 2nd half of the book just turns into a pointless filler that does not advance the plot in the least. The Guild War means absolutely nothing to the MC and his team yet, the author somehow thought people would care about a useless arc.

They are manipulated into stopping a Guild War that has nothing to do with them and the MC just goes along with it like a little biatch. Instead of progressing the story and building up their guild we get nothing but, filler for the 2nd half of the book. Later on the MC gives some BS explanation that they are doing it because it needs to be done which just had me rolling my eyes. The MC has chosen to kill a group of thieves based on the words of another group of thieves who say they aren't as bad. There is no proof of this but, the idiot MC just buys into it because of a crappy plot. Sabine is the only one who seems to have any brains and if I were her I would have told the MC to go F himself and left the group.

It would be one thing if this arc came up in book 3 after they have built up some form of a relationship with Silver Peak. At the very least then it would make a little sense for them to care what happens to this city but, instead we get the MC and his team carrying out a mission they don't want for people they can care less about.

Another big issue is the Author seems to have put no thought whatsoever to the leveling in this story. The MC and his group have been fighting battle after battle against bosses well above their level and yet, they never seem to gain any levels. Yet, everyone else conveniently seems to be twice the level of the MC and his friends. You would think every citizen of this world has been fighting mobs 100 levels above them to have been able to reach their levels. Even the Mom and Daughter who are farmers that decide to join the MC at the end of the book are actually a higher level then the MC and his friends despite all the exp they have received from the constant battles. Apparently planting Corn is more experience then killing a Boss 10 levels higher then you are. LMAO!

Then to top off the stupidity with something even more stupid. The MC invites the POS guard Captain who manipulated them into the whole stupid quest to become the sheriff of his town when in reality what he should have given him is a knife across the throat.

Unless you can get a free copy or can pirate this off the net I would not bother wasting your time.

What a complete waste of a decent start in Book 1.