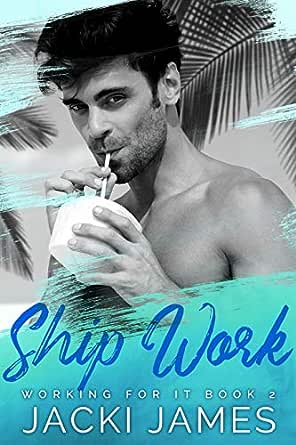 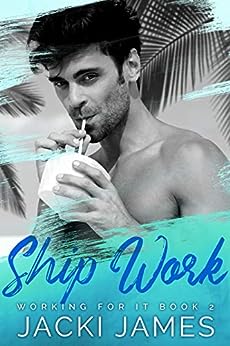 Samuel Alexander
3,0 van 5 sterren Short okay read
9 juli 2020 - Gepubliceerd op Amazon.com
Geverifieerde aankoop
I enjoyed reading this story. It was quick light fun with an occasional laugh. After being forced on a singles cruise by his parents Holt believes he can turn this into a work vacation but his assisstant, Dane, is not having any of that on his first ever cruise and decides fun is much more important, almost more important then his hot boss.

The story follows the same formular as most of these romances but still manages to be enjoyable even though you know where it is going. There were a few things that bothered me though. The shortlived jealousy bit. It's like in these m/m romances the only way for the guy to notice he likes the other guy is if he gets jealous of him spending time with other guys. There has to be another way to do this. We can't always be getting jealous and if we must how we come navigate that can be switched up. This one slips into the I'm going to drink my jealousy away trope and then confess my love in a drunken stupor because I clearly don't have the strength to do it sober. It's supposed to be funny but it was more, the drunken mans truth thing again. If he had expressed something other than that, like something deeper I would've been on board. Holt was drunk after all he had to be harbouring something more than his like for Dane and this was the perfect oportunity to not go the normal route.

There was also the whole being told by someone that they like you and being too shocked to realise they are talking about you. Sigh, I legit reveiwed a book right before this one where a guy tried to vacate in the middle of the night because he was so sure the other guy didn't want a relationship. I could pull many more out of my head where, in full length stories, this idea ends up being the thing that creates the tension for a few chapters, which I never read, until the guy stops sobotaging the romance and it actually moves forward. The naieve I can't believe this is happining angle thankfully was solved almost as quickly as it began in this novel

Lastly, Dane is leaving the company. After passionate night together he mentions something about his new job after the cruise. Holt is like you're still leaving. He's his boss of course he was hoping finally admitting his feelings might have persuaded him to change his mind. Hell I'm shocked he didn't ask in a fun flirtatious way that lead to clever banter and more love making. Now that I would've been down for. However, instead of talking about it like adults Dane assumes he's pretending to date him only to keep him on staff and then dump him as soon as he changes his mind. He gets mad and storms out the room. Ugh. I can't even begin to think how many times in both straight and gay romance novels some irrational I'm not going to think this through like an adult situation ruins, or stalls, the relationship. Seriously you just gone get angry and not give them a chance to explain and walk out the door, and the other person, usually the male in straight romance, just lets them leave instead of forcing them to listen to an explanaintion. Thankfully, like above situation, a few paragraphs later this was sorted and did not become a main focus of the novel.

There were a few other small things that bugged me but mostly I did enjoy this story. It was a short swift romance that didn't have an overwhelming amount of angst and solved whatever cliches I didn't like quickly. I probably could've done with a day or more of cruise so the characters could spend more time being a couple before the book ends but most readers probably wont mind. Recomended for anyone who needs a quick, light weekend read with a HEA and minimal drama. A nice feel good read.
Meer lezen
2 mensen vonden dit nuttig
Vertaal recensie in het Nederlands

Lisa S.
5,0 van 5 sterren A Feel Good Read!
13 augustus 2019 - Gepubliceerd op Amazon.com
Geverifieerde aankoop
Ship Work is a quick, feel good love story about two men that were made to be together! Only one problem, one of them is oblivious and the other is about to give up, but put them on a ship together and they can't help but fall in love! I really enjoyed this one and it was an awesome start to this series.
Meer lezen
Een iemand vond dit nuttig
Vertaal recensie in het Nederlands

This is the first book in the loosely connected Valentine's INC cruises series by different authors.

I liked the relationship that was represented. It was a quick read but it didn't skirt over the getting to know you stuff that is important in a relationship. I think the ending felt off to me. I think I just wanted to feel how the job changed now that they were back at work as proof the changes stuck. For example did he promote the guy who did great while he was gone? Did that deal get completed successfully as more proof he can take time away?