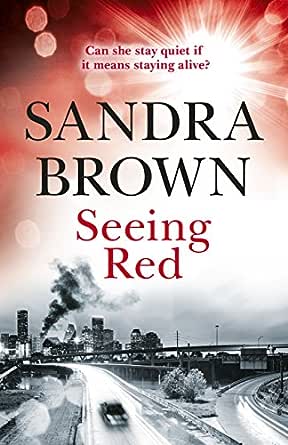 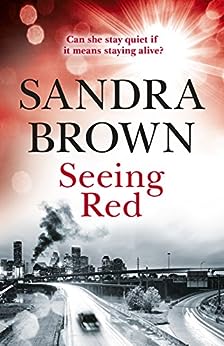 Seeing Red: 'Looking for EXCITEMENT, THRILLS and PASSION? Then this is just the book for you' (English Edition) Kindle-editie

Twenty-five years ago, Major Franklin Trapper became a national icon when he lead a handful of survivors to safety after the bombing of a Dallas hotel. For years, he gave frequent speeches and interviews but then suddenly dropped out of the public eye, shunning all media. Now, ambitious TV journalist Kerra Bailey is determined to get an exclusive with the Major - even if she has to wrangle an introduction from his estranged son, former ATF agent John Trapper.

Trapper wants no association with the Major, but despite himself, he agrees to the meet. But when the interview goes catastrophically awry - with unknown assailants targeting his father and Kerra - Trapper starts a hunt to track down the gunmen . . . and finally discover who was responsible for the Dallas bombing.

Kerra is wary of a man so charming one moment and dangerous the next, and she knows Trapper is withholding evidence from his ATF investigation into the bombing. But having no one else to trust and enemies lurking closer than they know, Kerra and Trapper join forces to expose a sinuous network of lies and conspiracy - and uncover who would want a national hero dead.

'Suspense that has teeth'
Stephen King

'A masterful storyteller, carefully crafting tales that keep readers on the edge of their seats'
USA Today

Darcia Helle
3,0 van 5 sterren Not A Favorite For Me
15 augustus 2017 - Gepubliceerd op Amazon.com
Sandra Brown has justifiably earned her place as one of the top romantic suspense authors. Seeing Red gives us a scorching physical attraction between Kerra and Trapper, while keeping us on edge as past and present intertwine and secrets unravel.

That being said, and get ready to boo me, this was not one of her best books. And of course that's subjective. Brown's storytelling is, as always, remarkable. I could see the characters and feel their emotions. But I wasn't invested in the story as I normally would be.

Some of the word choices felt dated and/or strange for the specific characters. For instance, every single character referred to the bathroom as the "powder room". Maybe it's a regional thing, but I've never heard anyone under 70 use that term. It seemed particularly odd coming from cops and a rugged man in his thirties. Also, criminals who broke into a certain place were referred to as "intruders". Again, maybe it's a regional thing, but no one I know would tell me they had "intruders" in their home.

Another problem area for me came with the lack of romance and abundance of sex. Quite a bit of and quite graphic sex, in fact. I missed the softness of the relationship. The characters' actions and dialogue felt more like edgy erotica than romance.

The pace is steady, and the plot takes us to some interesting places with a couple interesting twists. But the reasoning behind it all, for me, felt weak. I can't explain why without giving spoilers.

Despite my complaining, the story held my interest and I enjoyed spending time with the characters. And, as I said, my complaints are specific to me. If you're in the mood for steamy suspense, give this one a try.

*I was provided with an advance ebook copy by the publisher, via NetGalley, in exchange for my honest review.*
Meer lezen
148 mensen vonden dit nuttig
Vertaal recensie in het Nederlands

B. Briggs
1,0 van 5 sterren Unlikeable bad-boy protagonist
23 september 2017 - Gepubliceerd op Amazon.com
Geverifieerde aankoop
This is not one of Sandra Brown's better books. The male protagonist is an uncouth, ill-mannered macho jerk. I didn't like him from the beginning and I can't believe that I even finished this book. The female protagonist is a little more likeable but their romantic relationship isn't well-developed at all. The typical bad-boy persona used here is dated and sexist. While there are plenty of sex scenes this isn't a romance book. There is some decent suspense but I don't believe that this this book is worth the time or the money.
Meer lezen
27 mensen vonden dit nuttig
Vertaal recensie in het Nederlands

Stacey C.
3,0 van 5 sterren Found this one hard to finish
22 augustus 2017 - Gepubliceerd op Amazon.com
Geverifieerde aankoop
I've read and enjoyed most of Sandra Brown's books, but this one disappointed me. The plot seemed promising at first but didn't pay off, and I'm not sure why, but for some reason the character development just wasn't as well-done as usual. The lead male, a bitter ex-ATF agent, was damaged but not in an interesting way. I found him annoying and without sufficient positive qualities to overcome his negative attributes and behavior. The female lead, a rising star in TV news, was too consumed with her own career prospects (she kept worrying about losing her star status by missing out on reporting a big story) and also wasn't very interesting or engaging as a person. Other characters seemed to be convenient plot carriers rather than real people. I was quite surprised when the female lead, a dedicated and successful career woman, expressed her feelings of inadequacy after meeting the male lead's ex-wife, who was herself an ATF agent, because she -get this -had baked a cake for her new husband. Whereas I usually burn through a Brown novel in an evening or two, this one was a struggle to finish.
Meer lezen
29 mensen vonden dit nuttig
Vertaal recensie in het Nederlands

Danielle
5,0 van 5 sterren Not super exciting but still brilliant
15 augustus 2017 - Gepubliceerd op Amazon.com
Geverifieerde aankoop
I would like to thank Sandra Brown, Grand Central Publishing/Hachette, and NetGalley for allowing me to read an ARC in exchange for an honest review.

Twenty-five years ago, the nation was rocked by the tragic bombing of a prominent Dallas hotel. The culprit confessed and the case was quickly closed, but for John Trapper, the repercussions had only begun. As one of the few survivors of that event, his father, Major Franklin Trapper, had had his life transformed by fame. As a hero, The Major used his influence for the good of the people, but as John’s father, it was as if he had ceased to exist. The destruction of the Pegasus Hotel plagued John’s adult life, poisoning every ounce of happiness he managed to gain. Finally, tension and resentment built to a crescendo, resulting in the estrangement of father and son.

Now, new information about that fateful day has come to light in the form of Kerra Bailey. A journalist, she’s determined to interview the reclusive Major, and when all other avenues are exhausted, she asks John to provide her with an opportunity. When he denies her, she plays her trump card—and he decides he simply cannot resist watching his father’s face when she introduces herself. They expect the media to go into a frenzy at the revelation…but they don’t expect to make someone nervous enough to want them dead. Soon they're dodging bullets and realize they have to work together to find the real mastermind behind the bombing…before he silences his loose ends forever.
_____

Sorry if that synopsis is crappy, I’m trying really hard not to spoil anything.

I’m always in awe of Sandra Brown’s talent when I read her work. She writes with an unwavering bluntness, with no euphemisms to soften reality and protect the genteel, while not going so far as to alienate the reader with discomposure and unease. She writes at once dark violence and tender romance. Simple sentences with layers of depth. It’s a difficult balance, but she masters it—as well as those chapter-ending cliff hangers she’s so good at.

This was a great book! I have a few minor issues with it, but overall I very much enjoyed it. Brown’s mysteries are always an intriguing maze; I try to find the correct path but come up against false leads that make me look closer. Even when I thought I had it figured out, I wasn’t quite one hundred percent sure until the veil dropped, and Brown continued to surprise me. Honestly, it doesn’t disappoint me that it was so easy to guess the culprit, because he really didn’t seem to matter all that much. Dealing with him was kind of just a matter of wrapping up the plot.

I really sympathized with the main characters. I cared about them, and I was glad things worked out for them—mostly—but I can’t say I’d want to be friends with them. I don’t care how sexy John Trapper was, or that deep—very deep—down he was a good man and capable of great, unconditional love. He was an epic jerk, and didn’t seem to care that he was (which, by definition, is accurate). Sure, he was motivated by love, but he was ashamed of it. And I wouldn’t call him honorable. He made for a fantastic bad-boy hero and had a complete arc, but at times I was hard-pressed to tolerate his short fuse and kiss-my-butt attitude. His personality was absolutely consistent, though, so kudos to Brown. Kerra… I liked Kerra, she was a good, strong heroine, but I don’t feel that we got much insight into her thoughts. We skimmed the surface, but this was primarily John’s story, and I don’t think I got to know Kerra well enough.

One thing that disappointed me was the lack of action. There were exciting scenes, but nothing that jump-started my adrenaline. This is going to sound weird, but I love when either the hero or heroine gets shot or otherwise grievously injured, because I’m sick in the head and love the heart-wrenching drama. I waited and waited for something like that to happen, but it never did, and I was bummed. Relative, another issue I had was with all the dialogue, especially toward the end. There was a lot of talk and not enough action. Usually I space out through long paragraphs of description or exposition, but this time I spaced out during the long conversations.

As much as I want to avoid spoilers, I feel compelled to call horse doo-doo on the child’s identity remaining secret for a quarter century. If that event/photograph was as big a deal as Brown made it out to be, there would have been people who wouldn’t stop investigating until they ferreted out the truth, most likely wanting to claim fifteen minutes of fame. And I just have a hard time buying that it would have been difficult to figure out. Wouldn’t it be a process of elimination to figure out who the child could be, and a matter of fact-checking to make an educated guess? A simple name change and sealed adoption records aren’t huge hurdles, if they were hurdles at all. But whatevs, it made for great fiction.

Overall, I might not be rereading this novel like I do others of Brown’s (ones where there are dramatic grievous injuries, mostly), but I did enjoy it and will recommend it to friends.