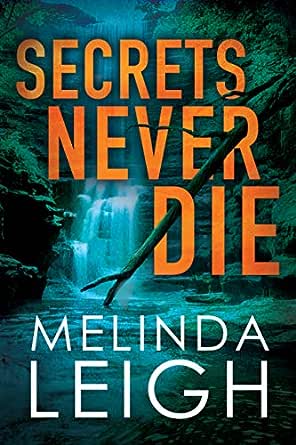 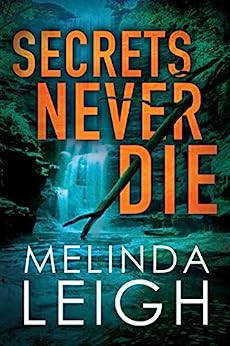 In the fifth book of the multimillion-copy bestselling series, Morgan Dane and Lance Kruger fight for the innocence of a young murder suspect—if only they could find him.

When a retired sheriff’s deputy is shot to death in his home, his troubled teenage stepson, Evan, becomes the prime suspect. Even more incriminating, the boy disappeared from the scene of the crime.

Desperate to find her son, Evan’s mother begs PI Lance Kruger for help. She knows her son is innocent. Kruger and defense attorney Morgan Dane want to believe that too, but the evidence against the boy is damning. Just as the trail goes cold, another deputy vanishes. His shocking connection to Evan’s stepfather throws the investigation into chaos as Lance and Morgan fear the worst…that Evan is the killer’s new target.

With so many secrets to unravel, will Lance and Morgan find him before it’s too late?

M A Martin
5,0 van 5 sterren This is a story of murder, mystery, and parentage.
28 maart 2019 - Gepubliceerd op Amazon.com
Geverifieerde aankoop
I received a pre-release copy of this book to review. This review is my opinion about this book.

If you are a parent, you will identify with the way this book begins. As the story unfolds, a stomach virus has come into the Dane family by way of school, Mia and Ava brought the virus home and as they are getting better, preschooler Sophie gets it. Of course, it hits her like a stomach virus used to hit my daughter, in the middle of the night. Needless to say her bed has to be changed and, of course, she then wants to sleep with Morgan and Lance. When my daughter was a child and she got sick to her stomach, she would also throw up in her bed. One night I changed her sheets three times. So I knew how Morgan and Lance felt the next morning

Then there is a teenager, Evan Meade, who is on Lance’s hockey team. He is more than two hours late getting home and knows he is in trouble. His mother, Tina, now married to former deputy sheriff Paul Knox, is an ER nurse. When she works late Paul always leaves a light on for her. But tonight, although Tina is working later than normal because the stomach virus going around has the ER swamped. So, when Evan gets home the house is totally dark.

After Kirk Meade, Evan's father, was sent to prison, Tina divorced him. Kirk has recently been released from prison and has petitioned for visitation rights. Evan has been ordered to spend Sunday evenings with Kirk but he hates having to visit with his dad and is always in a really bad mood afterward. He usually takes his frustration out on Paul, even though he really likes Paul.

Tonight, he returns home to find Paul on the floor in a pool of blood, a stranger standing over him wearing a badge on his waistband, and then sees the stranger shoot Paul in the head. Before he is killed, Paul mouths that Evan should run.

Tina returns home from work to find her husband dead and her son missing. She calls Morgan and Lance because she feels Evan would respond more favorably to Lance that he would the police. Lance and Morgan remain with Tina until the Sheriff arrives.

The Sheriff and his people conduct a search of the house and surrounding area. Lance asks to be allowed to take part in the search for Evan because he wants to be sure he returns to his mother alive. After the Sheriff takes the statements of Tina, Lance, and Morgan he agrees to let Lance participate in the search because the weather has caused his department to be short staffed..

A few days later, Tina is called to the Sheriff’s office for a follow-up interview. It is there she is confronted with an angry sheriff and her past. The Sheriff is angry because she did not tell him her entire story at the time of the initial interview. The new information puts her on his list of either suspects or accessories.

The sheriff has discovered Tina is the daughter of a man well-known as Newark, New Jersey’s, drug lord and murderer. His name is Joe Martin. (Everytime I read this name it got me, my husband, prior to his death, and my son are both “Joe Martins.” Neither, however, was/is a drug lord or murderer.)

Joe Martin was arrested, tried, and convicted on the strength of Tina’s testimony. After the trial, Tina ran, changed her name, became a nurse, and remarried. And, as they say, the plot thickens. The man who became her second husband was the man who arrested first husband.

The man who shot Paul threatened Evan and even shot him in the arm. Evan uses his speed and knowledge of the area to get away. Unfortunately, when he cleared the back fence, he lost his phone. It’s not long before, based on what medical knowledge he has learned from his mom, he knows infection is beginning to set up in his arm.

Randolph County’s weather is in a rainy pattern and the rivers and lakes are dangerously high. Evan manages to find a cave, and trust me, it's not that simple, near the Scarlet Falls lake beach area, and eventually makes contact with a friend.

The friend calls Evan’s mom and, once his mom finds out he is alive but in need of medical attention, she swings into action. Unfortunately, her half-brother, Aaron Martin, who ran “dad’s business” while he was in prison gets to her first. Then it is up to Lance to see if he can turn the situation around while Morgan helps the friend, who has also been shot.

Meanwhile, Lincoln Sharp and Olivia, his reporter friend, who did a story on Joe Martin 25 years earlier, make a trip to visit with Joe Martin. This puts their lives in danger.

Melinda Leigh has done it again. I think I held my breath reading this book more than any other book she has written. But if you like a good mystery, I highly recommend this book.

AJ Hook
5,0 van 5 sterren I love the Morgan Dane series
20 maart 2019 - Gepubliceerd op Amazon.com
Geverifieerde aankoop
If only Melinda could write as quickly as I read. Then I'd never leave Scarlett Falls or the comfort of my couch.
Morgan & Lance must balance personal & professional obligations.
The Randolph county sheriff's department is a bit mess, it seems like solving the murder and finding the missing teen falls on the shoulders of Lance, Morgan, and Sharp.
Nothing is easy....lots of twists and turns happen.
As always the authors descriptions land the reader smack dab in the middle of the action.
Meer lezen
17 mensen vonden dit nuttig
Vertaal recensie in het Nederlands

M
5,0 van 5 sterren Another Morgan Dane Winner!
19 maart 2019 - Gepubliceerd op Amazon.com
Geverifieerde aankoop
Secrets Never Die starts off with high tension and drama. Morgan and Lance work together to solve a mastery and save the day. In some ways it seems like this series should be predictable by now, and it is, but once I started reading, I didn't want to put the book down.

Some things that are getting old: Sharp making green smoothies for Lance, Sharp shaming Morgan eating donuts and drinking coffee, sheriff dept always being suspicious of Morgan even though she solves all the high profile cases, Morgan and/or Lance already knowing the suspect & believing they're 100% innocent and must be saved. Also, Lance and Morgan feel more like work buddies than a couple. The romance has fizzled. In spite of that, if you like this series, Secrets Never Die is another winner!
Meer lezen
9 mensen vonden dit nuttig
Vertaal recensie in het Nederlands

Trude
5,0 van 5 sterren This series just keeps getting better!
20 maart 2019 - Gepubliceerd op Amazon.com
Geverifieerde aankoop
This series just keeps getting better. Melinda Leigh gives us smart and likeable protagonists. Morgan and Lance balance each other out perfectly and love each other deeply. They are engaged now and Lance is living with Morgan and her family and learning to be a dad. This provides some of the sweetest moments in the book as Lance is clearly in love with Morgan's 3 little girls. Melinda expertly weaves normal, happy family life into this story of a family in trouble. Evan is on the run hiding from the man who killed his stepfather But the sheriff is sure that Evan is the one who killed him. Lance and Morgan are trying to find him first. What follows is a non-stop, pulse pounding search involving plenty of bad guys... and an exciting water rescue that had me on the edge of my seat. If you enjoy smart romantic suspense... this is the series for you.
Thank you to Netgalley for providing me with an advance copy of this book in exchange for an honest review.
Meer lezen
7 mensen vonden dit nuttig
Vertaal recensie in het Nederlands
Ga naar Amazon.com om alle 800 recensies te bekijken 4,7 van 5 sterren
Terug naar boven
Over ons
Verkoop bij ons
We helpen je graag
© 1996-2020, Amazon.com, Inc. en dochterondernemingen