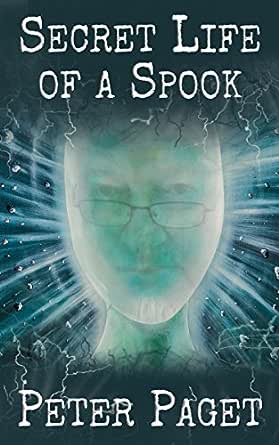 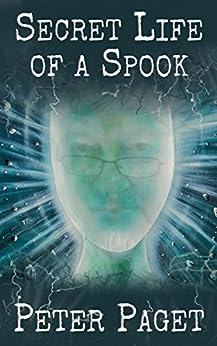 Secret Life of a Spook: Based on a True Story (English Edition) Kindle-editie

Peter Paget grew up in the West Country in a well-to-do family in post-war Britain. Aged just 17, he impressed government Cabinet officials by inventing an oil-spill defence system, which is still used today.
Shortly afterwards, this connection led to him being co-opted into the British Intelligence services, for whom he has carried out undercover missions ever since. A US security service also recruited Peter for a number of assignments, which led at one stage to him having an office next to that of astronaut, Edgar Mitchell, the sixth man to walk on the moon.
Peter was also on scene shortly after the crash that killed Princess Diana and he describes what really happened that tragic night in the Pont de L’Alma underpass.
All the while, Peter led a double life as a husband, father and author of UFO books, based on some of his assignments. He has also worked at different times as a lecturer, alternative therapist and international adventurer.
In this autobiography, Peter details some of his missions for Her Majesty’s government while tracking down the source of many mysterious UFO sightings while working undercover. It is an enthralling look at the difficult and often dangerous life of a secret spook, risking his own life multiple times to protect the British people.
Secret Life of a Spook is available on Kindle and in Paperback.
click to open popover

Adolfo Giurfa
5,0 van 5 sterren Men with a "pathos".
4 december 2016 - Gepubliceerd op Amazon.com
Geverifieerde aankoop
I have read this book, which tells the real story of a "Spook", a real one. The most surprising finding is to know about his incredible loyalty to keep his nation and its structure. It shows there is a enormous reservoir or "ethos", of morality in these people, who consecrate their life almost entirely to their passion, a real "path", a continuous exercise of unbreakable and permanent intent through every possible contingency. Such an altruism would be expected to correspond to a just society, governed and structured so as to serve the common good, which ostensibly it is not the case. With years and time one come to the certitude that real nobility belongs only to those who "do not sell their soul to the `devil'", who do not exchange it for a dish of lentils; thanks to these men and women the world still is worthwhile: Money does not keep it in place but the strength of a heart. We hope, some day, in the near or distant future, this kind of human beings will replace those who do not deserve their positions of power and, no doubt, are the most fearful to lose it, as this same fear shows what their unconscious tells them, every day, they are wrongly placed. Once more we realize the world is up side down, as the hangman in the Tarot cards.
Meer lezen
4 mensen vonden dit nuttig
Vertaal recensie in het Nederlands

Amazon Customer.
2,0 van 5 sterren PRECIOUS TIME LOST
15 februari 2017 - Gepubliceerd op Amazon.com
Geverifieerde aankoop
If you have been exposed to the whole alien, government, secret society agenda information already; this is nothing new or relevant.
I red the whole entire book and to tell you the truth, I found it at times so boring that I wanted to just put it aside and continue with my life.
But like always, I gave to it the benefit of the doubt, to no avail!!!
He goes on and on with his old time experiences as a child and jumping from one topic to the other without an structured thought, or idea.
Mr. Paget hints us with tiny ideas of a great world of information that is out there and he might not be aware of or he just doesn't want to touch
due to an old oath, or nationalistic creed that is purely an illusion.
Don't waste your money and try something different.

Ruth A.
4,0 van 5 sterren Crazy life but not boring
3 november 2018 - Gepubliceerd op Amazon.com
Geverifieerde aankoop
It was a stretch of the imagination to enter into Peter's experiences and believe staid old England had this much intrigue going on. I know many of the places he refers to and I lived there at the time he was there, so I know the atmosphere and the cultural vibes. It fits. It may seem implausible, but it definitely is too strange to be fiction. A good read. Lots of fun.
Meer lezen
Een iemand vond dit nuttig
Vertaal recensie in het Nederlands

Nick Johnson
5,0 van 5 sterren Peter is a cool and kind dude.
13 april 2019 - Gepubliceerd op Amazon.com
Geverifieerde aankoop
Before I bought this book I emailed Peter with a few questions and he emailed back within a day. He was very kind and I could tell he genuinely wants to be of service to all. So if you read this Peter, thank you for being so cool. His book was very fun to read and I am very satisfied with the purchase! You can tell this man has WAY more to say about all things corruption, UFO, government, spirituality, ET's, etc.. But he simply cannot at the moment because of safety issues. Hopefully he will be able to share with us the MUCH more information he has within the next couple of years. It's up to us, the people, to demand more of this needed information from our government so that people like Peter can be more free to unrestrictedly share. Much thanks and I wish you the best.
Meer lezen
Vertaal recensie in het Nederlands