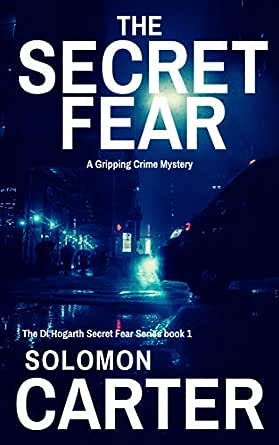 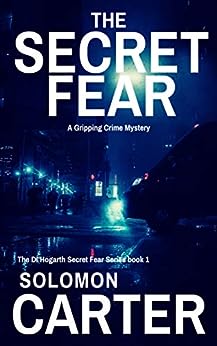 DETECTIVE JOE HOGARTH IS CALLED TO A BRUTAL MURDER AT A TURKISH TAKEAWAY. THE TELL-TALE MARK OF A ONCE NOTORIOUS LONDON CRIME FAMILY IS FOUND ON THE VICTIM’S BODY. HOGARTH FEARS THE NEW CASE COULD OPEN A PANDORA'S BOX.

BUT HE HAS NO CHOICE.

HOGARTH MUST FIND THE KILLER AND TAKE ON THE DEADLIEST RISKS…

Murdered kebab shop owner Baba Sen was beloved by his clientele. Sen gave alms to charity, food to the poor and a smile to all of his customers. It seems no one had reason to kill him, yet his murder was brutal and relentless. Hogarth finds elaborate clues and deceptions all around. The motive for Sen’s murder could be the feud between rival Turkish families. But Hogarth senses a greater threat… and when the name of Atacan appears, his worst fears are realised.

The Atacans were notorious criminals, leading a crime syndicate which dominated nineties London, but they were eventually destroyed by the gangs who replaced them. Yet now the Atacan name returns to Hogarth’s life – in the shape of an ex-girlfriend and in the signature found at Baba Sen’s murder. The Atacans were supposed to be dead and buried - but not anymore. Now Hogarth must hope he is the only one caught in the crosshairs…

In a truly thrilling adventure, DI Hogarth and his team must uncover a murder wrapped in layers of danger and mystery. And while the threat of the Atacans grows, Hogarth has to protect his back from a quarter much closer to home…Has DCI Melford become the enemy within?

Deadly secrets and shadows of the past bring DI Hogarth face-to-face with his Secret Fear… a fear which may yet claim his life.

Perfect for fans of Angela Marsons, Ian Rankin, Val McDermid and Ruth Rendell, Helen Durrant, Joy Ellis and LJ Ross. If you love to read gripping detective thrillers with flawed characters and police procedurals with shocking twists and a noir flavour, then the DI Hogarth Secret Fear series is for you.

Southend-on-Sea, Just over an hour from London. A tough and densely packed suburban town sandwiched between the sparkling Thames Estuary and a semi-rural hinterland of fields and marshes. A place where wealth and glamour sit cheek by jowl with addiction, poverty and crime. When he transferred to the Essex coast, ex-Met Detective Joe Hogarth might have imagined he was signing up for sun, sea and semi-retirement. But the merry hell of Southend might just have him beat. It’s a good thing this DI doesn’t know when to quit…

Henri IV
3,0 van 5 sterren Ends in another bunch of cheap cliffhangers,
5 juli 2019 - Gepubliceerd op Amazon.com
Geverifieerde aankoop
though they're not ones essential to the main plot.

It's odd that I've never seen anyone else mention the way that the new phenomenon of mass e-book self-publishing is perverting the structure of the novel, or at least the paranovel.

Robert Haynes
4,0 van 5 sterren A good read
16 november 2019 - Gepubliceerd op Amazon.com
Geverifieerde aankoop
This appears to be the first book in this series.
A good read, but again with a hanging ending - why?
Meer lezen
Vertaal recensie in het Nederlands