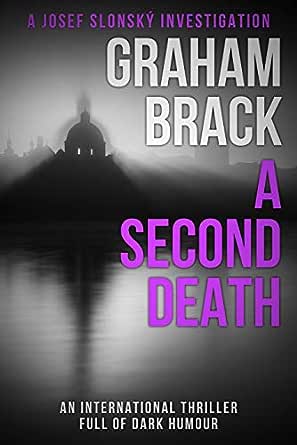 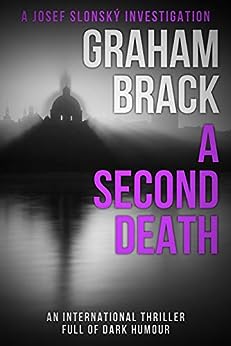 Slonský is back in his most shocking case yet! Perfect for fans of Ian Rankin, Jo Nesbo and Peter Robinson.

Is a child killer on the loose in Prague…?

When the body of a young girl washes up on the banks of the River Vltava, the Czech police are troubled.

Brutally murdered and with evidence of sexual abuse, it is not the sort of crime they are used to investigating.

But the strangest thing is that the girl hasn’t been reported missing.

As a newly-appointed Captain, Josef Slonský takes the lead on the case.

But with his team seriously understaffed, and increasing pressure coming from the Ministry, he is struggling to keep everything under control.

Why has no one claimed the girl? What has happened to her family?

Carolintallahassee
5,0 van 5 sterren Hitchcock Would be Proud! Witty! Best Detective Slonsk'y!
28 juli 2019 - Gepubliceerd op Amazon.com
Geverifieerde aankoop
I love this book; the policemen are witty, intelligent, very likable! It was hard dealing with the abuse of the child, the best way this new author I have found, and am very impressed with; deal with it is in the Hitchconian way! You never see it while it is happening, you have a witness to it. Therefore, this is much easier to deal with the ugliness; the writer gives us humor to offset it, and it works!
I love the lead Detective, he is a hoot! The two young people are like what our parents, or grandparents would have been like; their morals are in place! I love the entire book, the policeman; you want to be friends with them or work with them; they great characters to hang around with! I cannot wait for the next book!
I highly recommend! Thank you Netgalley!
carolintallahassee.com

CJ-MO
5,0 van 5 sterren Outstanding installment in Josef Slonsky series
16 juli 2019 - Gepubliceerd op Amazon.com
Josef Slonský has just been named Captain of Prague’s Criminal Police division and his first case since his promotion is a heartbreaking one. A young girl is found dead in the river and it appears she was also a victim of abuse long before her death. Slonský’s team is short-handed, and in addition to the murder case, Slonský also has to do whatever it takes to keep a hard-nosed micromanager from becoming his new boss.

Once again Slonský uses unorthodox ways to staff and run his team. He has always seen himself as a loner, but his direct reports Navratil and Peiperova, as well as the desk sergeant Mucha and the journalist Valentin like and respect him. I love seeing this group work together, whether it’s to solve a crime or to keep things running the way Slonský wants it in the department. The murder case which is the focus of this book is sad for even the most experienced police detective to handle and the team is determined to get answers. The case is interesting and has a few twists and turns to keep you guessing. From the way the case starts, the reader knows the ending won’t be happy, but I like the way things are resolved.

I have enjoyed all of the prior books in this series, but the author does a great job of gradually introducing new readers to the main characters in the first couple of chapters. We get to meet a new character in this book, Navratil’s mother. She is not what I expected and I found her delightful and look forward to seeing more of her in future books. I love the characters, setting, and humor in this book and the entire series. This has become one of my favorite series and “A Second Death” is my favorite installment so far. I like the changes that Slonský had made to his team and am intrigued and a little anxious about the cliffhanger presented at the end of the book. I loved this book and can’t wait for the next one.

I received this book from NetGalley through the courtesy of Sapere Books. The book was provided to me in exchange for an honest review.

In this 5th book in the 'Josef Slonský' international thriller series, the detective investigates the death of a young girl. The book can be read as a standalone.

Newly promoted Captain Josef Slonský of the Czech Criminal Police has two main interests in life: solving his cases and filling his stomach - usually with beer and sausages or coffee and pastries.

Slonský's team has been severely depleted because of transfers and suspensions, but he still has three detectives, including Jan Navrátil - his personal protégé. Slonský also gets part-time assistance from his former officer, Kristýna Peiperová - who's been temporarily seconded to Colonel Urban, the Director of Criminal Police.

It so happens that Navrátil and Peiperová are engaged to be married, and Slonský feels he has to keep a close eye on them, to forestall excessive canoodling on the job. 💞

Slonský knows he needs to supplement his detective ranks - and increase the number of women on his squad - so he uses innovative (and sneaky) techniques to get exactly who he wants. Slonský's maneuvers in this regard are quite entertaining, as are his frequent stops at canteens and cafes, where he (constantly) 'replenishes his energy.'

Slonsky needs good cops because he has an especially troubling case. The body of a ten-year-old girl, showing signs of long term sexual abuse, has been fished out of the Vlatava River.

DNA evidence shows that this is a girl who disappeared seven years ago, when she was three-years-old. The toddler vanished from her nursery school at dismissal time - while her mother was waiting out front to pick her up.

Slonský learns that the original investigation of the girl's disappearance was shoddy at best, and the nursery school director was more interested in covering her butt than helping the police.

While Slonský and his crew are investigating the case of the dead girl - which includes a probe into her original disappearance - Slonský gives himself an additional job. Slonský's been expecting to get Officer Kristýna Peiperová back for good when Colonel Urban is promoted to Director of Police for the Czech Republic. However, it's starting to look like a different administrator - with important government connections - will get the job. So Slonský recruits some police buddies to help him rectify the situation. Once again, Slonský's clever strategies are on display.

Slonský and his detectives have to interview people all over Czechoslovakia to solve their homicide case, and they learn some disturbing things along the way.....but they're successful in the end. We also get a peek into the personal lives of the main characters, which adds to the book's interest.

This is a fun suspense novel, with an interesting setting and an engaging lead detective. Fans of humorous mysteries would probably enjoy this book.

Thanks to Netgalley, the author (Graham Brack), and the publisher (Sapere Books) for a copy of the book.