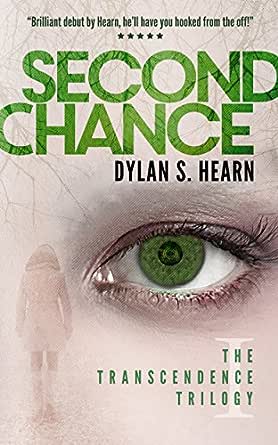 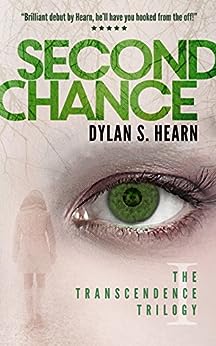 “Political intrigue, neuroscience, a missing-persons investigation – this well-written novel has it all.” - Carrie Rubin, author of The Seneca Scourge

One crime, four people and a secret that could shake the world to its foundations.

Four lives become linked by a student’s disappearance: a politician looking to put integrity back into politics, an investigator hoping to atone for past mistakes, a data cleanser searching for a better life while haunted by his past and a re-life technician creating new lives for old souls.

But it soon becomes clear this is no ordinary case, and in the pursuit of the truth, long-held secrets risk being revealed.

Set in the near future where everybody is connected and death isn’t final, this is the story of how far those in power will go to retain control, and the true price to pay for a Second Chance.

5ngela
4,0 van 5 sterren 5ngela review of Second Chance
27 december 2016 - Gepubliceerd op Amazon.com
Geverifieerde aankoop
I really like the cover. The author know how to make simple but artistic cover. I give it for him. The synopsis also quite good.

Actually I really like the story and characters. Basically there are 3 major characters which are Stephanie the politician, Randall the IT, Nico the investigator. For the others, it was also quite interesting but not really major for me. You get to know their life and how they interlinked with one another. To be honest, I don't really know my feeling about this story and ending. I know that it was trilogy so in a sense, it was unfinished. It just that I feel there's something missing. Maybe the story lack inspiring moment. It was a sad ending after all. I feel sorry for all of them.

There's quite mystery in the story. But even after knowing the truth, it still doesn't answer the question why and why. If I don't know any better, I will say that the author cheated with the ending. There's no hint or shadow about certain things. It just appear out of nowhere. Anyway, I enjoy it while it last. The pace is quite steady. It was not too fast and not too slow. But since, the story was divided, it can disrupt your reading moment when you read one character and after that it jump into another character. Personally, I don't prefer more than 2 alternate point of view for science fiction. Don't know why but it doesn't seem interest me.

The characters itself are interesting but a little too depressing for my liking. At first it looks like they are "strong" characters. But at the end, they are nothing like main characters, more like "victims and also villains". You have to read the story to know what I mean. Anyway, I have no doubt, this is good story but lack certain element to make it great and amazing.

Scott Whitmore
5,0 van 5 sterren Smart, thought-provoking sci-fi thriller
24 april 2015 - Gepubliceerd op Amazon.com
Geverifieerde aankoop
One of the reasons I like reading and writing science fiction is how well the genre plays with others. Create a interesting futuristic setting, on Earth or somewhere in space, and there are any number of story types — mystery, thriller, romance, action/adventure, etc. — that can be told, separately or blended together.

The excellent first entry of the Transcendence Trilogy, Second Chance by Dylan Hearn (@HearnDylan) is a political/conspiracy thriller wrapped around a mystery, seasoned with some philosophy and served with a side of plot twists. I was guessing about how the various pieces of the puzzle fit together right up to the final pages. Book 2 is already on my To-Read List.

Set an unspecified time in the future, the Earth has faced catastrophic upheavals including climate change but emerged more unified thanks to a historical agreement among world leaders brokered by the UN. Even the inevitability of death can be avoided thanks to the Re-Life process.

The story is told in alternating chapters from the perspective of four different characters: a politician, an investigator, an “information cleanser” (a chilling concept, this job mixes marketing, public relations, data analysis, intelligence gathering and hacking), and a Re-Life technician. On the night the politician is elected, a university student goes missing, an event that somehow connects the main characters.

There isn’t much more that can be said about the plot without spoiling things for future readers. The story moves quickly and I thought the narrative structure, dividing the story between the various characters, worked very well. There was some overlap and time-shifting, which wasn’t immediately apparent, but personally I liked the “ah-ha!” feelings when those moments were revealed or I figured them out.

Mr. Hearn paints a fascinating picture of the future, loaded with technology and thought-provoking concepts such as “information cleansing” mentioned above. People ride in driverless “pods” programmed to not hit each other and wear special lenses to access the Datasphere, which is what the internet evolved into. Politics is driven more than ever by polls; a pending law would toss from office elected officials with low numbers. The investigator works for a “for profit” private agency, so any infraction of the law discovered during an investigation, no matter how minor, is prosecuted to help pad the bottom line.

Second Chance has a setting rich with small details, unique and well-developed characters, and a central mystery with some truly surprising plot twists. I enjoyed it greatly and look forward to continuing the story with the middle book of the trilogy.
Meer lezen
Een iemand vond dit nuttig
Vertaal recensie in het Nederlands

Jane Dougherty
5,0 van 5 sterren Thrills and chills
10 januari 2015 - Gepubliceerd op Amazon.com
Geverifieerde aankoop
Second Chance is thrilling and chilling. There is blood and gore, but it is the cold-blooded, or even bloodless aspect of British society that is really at the core of this story of a political system that controls everything even beyond the grave.
There are four distinct threads to the story as well as sub-stories, as murky as the crumbling cityscape. Each chapter adds a little more detail to one of the main threads, and as Dylan Hearn pulls in the threads, we begin to see through the murk to where they are all going. And it’s not a nice place, I can tell you.

The technical parts, the cloning and regeneration, the memories that are replaced in the new brain, or not, depending, seem perfectly feasible to a non-techy person like me. The idea of cheating death on the one hand, is balanced against the massacres committed by the forces of law and order on the other. Petty crime might have become rarer because of the intricate system of police surveillance and the instant data search system that has replaced the internet, but for those who can manipulate the cameras, the police, and the data collected and redisseminated, there are no limits to what horrors can be perpetrated and the evidence wiped out.

The pace is relentless, the tension maintained right the way through. I was completely caught up in the way Second Chance unfolded—expecting the worst each time I turned a page. Dylan Hearn plays with notions of morality and ethics as much as he does with science and technology and it soon becomes clear that our notions of right and wrong have become distinctly warped in this near future. The characters are real. They are in the main, not likeable, and of course, given the theme of the story, not necessarily even bona fide ‘real’ people.

If I were to compare Second Chance to another novel, I would choose PD James’ The Children of Men. This treats a similar theme, the world gone wrong, rotten and above all, insidiously untouchable at its centres of control. I highly recommend Second Chance as a thrilling and disturbing read. Sometimes it’s good to be disturbed.

Having read some of the other reviews, I feel I must add that there might have been the odd missed word here and there but I didn’t notice—too busy turning pages. It certainly wasn’t a problem for me, and I do recognise bad grammar and sloppy punctuation when I see it.
Meer lezen
Een iemand vond dit nuttig
Vertaal recensie in het Nederlands
Ga naar Amazon.com om alle 28 recensies te bekijken 4,2 van 5 sterren
Terug naar boven
Over ons
Verkoop bij ons
We helpen je graag
© 1996-2020, Amazon.com, Inc. en dochterondernemingen