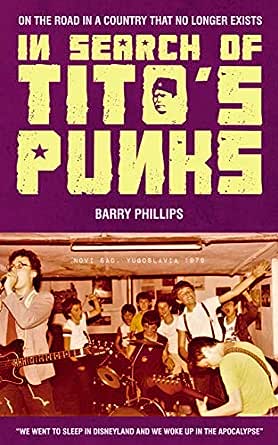 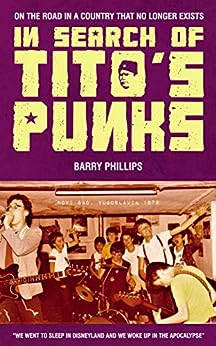 How did a song recorded in 1981 by a young multi-racial punk rock band from a ‘stagnating provincial English city’ and released on a tiny independent record label become famous in a Yugoslavia formed in the image of Marshall Tito? Why did it take 30 years before the members of the band found out? How was it that this ‘communist’ country had one of the most vibrant punk-rock scenes in the world? Who were ’Tito’s punks’ and who are they now?

More than three decades later, the author sets out from his home in the Netherlands, to follow the journey of the song, through a time and a country that no longer exists. On the way he encounters borders and Brutalism, discovers the world’s first fascist micro-state, sees the legacy of the NATO bombings, the impact of ‘turbo-capitalism’ and the ever-present ghosts of genocides and the Holocaust. But unexpectedly also, the Yugoslavs’ love of British TV sitcoms and Northern Ireland punk, tales of Nirvana and REM, Van Gogh and Vermeer, pirates and Dark Wave movies, the Yugoslav story behind the Sound of Music, the embracing warmth of Balkan hospitality and a dizzying stream of rakija.

What emerges is a lesser told, unvarnished but also affectionate portrait of Yugoslavia in the years before its demise through to the present, seen through the unlikely lens of punk and punk rockers. Part travelogue, part history the book is both, and neither, of those things. Rather, it is a mural of that journey.

"Gloucester, England, 1981: multi-racial, teenage street-punk band, Demob, recorded and released what would become their best known and most enduring song, No Room For You. Three minutes and fifteen seconds of raw, chainsaw guitars, a thumping 1950s rock’n’roll bass line and machine-gun military drumming, underscored a rasping vocal which told the story of the 1979 closure of a short-lived, punk rock venue at a disused motel on the edge of the stagnating, provincial city. Depending on your mind-set, the lyrics were either a howl of rage at the injustice, a wail at the loss, or a love-song to an era…At the time it achieved some critical success and sold out of the relatively modest pressing of a few thousand copies. In truth though, it would never reach much more than ‘cult-status’. Still at school, I was Demob’s bass player. Scroll forward to the summer of 2011; late one night I receive a Facebook message:
'This song is famous throughout the Balkans. Everybody knows this song . . . it has been recorded by some of the most famous Yugoslavian punk bands.'"

“We went to sleep in Disneyland, and we woke up in the apocalypse.”