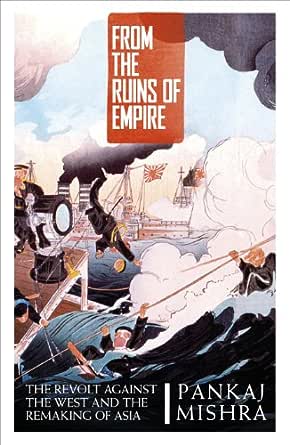 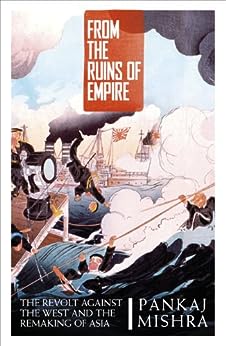 From the Ruins of Empire: The Revolt Against the West and the Remaking of Asia (English Edition) Kindle-editie

From Pankaj Mishra, author the successful Temptations of the West and Butter Chicken in Ludhiana, comes a provocative account of how China, India and the Muslim World are remaking the world in their own image.

SHORTLISTED FOR THE ORWELL PRIZE 2013

The Victorian period, viewed in the West as a time of self-confident progress, was experienced by Asians as a catastrophe. As the British gunned down the last heirs to the Mughal Empire, burned down the Summer Palace in Beijing, or humiliated the bankrupt rulers of the Ottoman Empire, it was clear that for Asia to recover a vast intellectual effort would be required.

Pankaj Mishra's fascinating, highly entertaining new book tells the story of a remarkable group of men from across the continent who met the challenge of the West. Incessantly travelling, questioning and agonising, they both hated the West and recognised that an Asian renaissance needed to be fuelled in part by engagement with the enemy. Through many setbacks and wrong turns, a powerful, contradictory and ultimately unstoppable series of ideas were created that now lie behind everything from the Chinese Communist Party to Al Qaeda, from Indian nationalism to the Muslim Brotherhood.

Mishra allows the reader to see the events of two centuries anew, through the eyes of the journalists, poets, radicals and charismatics who criss-crossed Europe and Asia and created the ideas which lie behind the powerful Asian nations of the twenty-first century.

ProfZeb
5,0 van 5 sterren Brillian Perspective
1 augustus 2014 - Gepubliceerd op Amazon.com
Geverifieerde aankoop
Brilliant insight on the 20th Century as viewed through the eyes of colonial thinkers. I have worked on Chinese materials for years and the book is terrific on them, I leaned an enormous amount about the Arab world and the Indian empire. This book says more about the problems of 2014 than most contemporary analyses. Easy to read too.
Meer lezen
Vertaal recensie in het Nederlands

Satya Chari
4,0 van 5 sterren An exceptional point of view and outstanding piece of work on Asia.... an Asian perspective
26 maart 2014 - Gepubliceerd op Amazon.com
Geverifieerde aankoop
This is a truly rewarding work for the reader by the author, an authentic and expansive perspective of Asia by Asians from their era of western / imperial times.

In my view, this is a must read to develop the required balance of view or a dimension away from the beaten path

Geoffrey Freeman
5,0 van 5 sterren Understanding the other side.
22 februari 2015 - Gepubliceerd op Amazon.com
Geverifieerde aankoop
An all-too-rare and exceedingly well researched description of the way Asia and the Middle East regard the West. A must read for anybody seriously interested in global political, economic and strategic affairs today.
Meer lezen
Vertaal recensie in het Nederlands