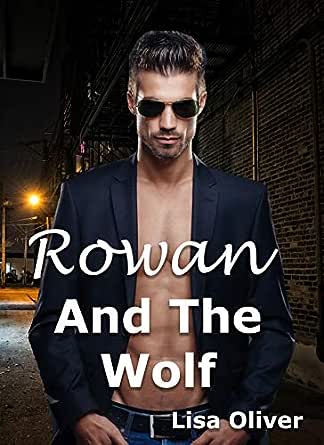 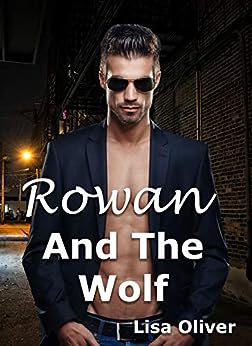 Rowan's life had gone down the toilet ever since his teenage crush had moved away when he was fourteen. Shifting as omega, then his parent's dying, Rowan knew the only luck he ever had was bad luck. If it wasn't for his grandmother, he'd have left his pack lands a long time ago. Visiting his Grandmother one night, taking her the baking supplies she used to feed the children of the pack, he was confronted by his worst nightmare - Percy. But to his surprise, the evening didn't turn out the way Percy and his friends had planned.

Shadow, formerly known as Gray, always knew he'd return to his home pack one day. He just didn't expect it to take so long. When he comes across his brother Percy, threatening the one he'd always known was his mate, Percy's night went from bad to worse. Killing Percy was easy for Shadow; wooing his mate was a whole different story.

Between the drugs, the elders, and the fearful pack members, finding time to make Rowan happy was an almost impossible task. But Shadow hadn't come home alone. If he can find the one man behind all the mess, then he and Rowan's life would be the HEA he'd dreamed of. That's provided Rowan doesn't get killed first.

Despite the dour blurb, this story is written with the same splashes of humor Lisa Oliver is known for. You have a redheaded omega who has more spirit than he realizes, an alpha who always seem to put his foot in his mouth, and and HEA that will melt the hardest of hearts. The first part of this story was written for the Stormy Glenn's Manlove Fantasies blog and was available on that blog for free late last year. The story has had forty thousand words added to it since then and is now complete.

This book is intended for Adults only - please store your ebooks responsibly.
click to open popover

nc reader
5,0 van 5 sterren An Omega who rocks!
25 oktober 2019 - Gepubliceerd op Amazon.com
Geverifieerde aankoop
Loved, loved this story. Everyone considered Omega Rowan as damaged. No one knew his hidden strengths. Rowan was abused by corrupt members of his pack. He kept on going, taking care of his Grandmother(when she let him), getting his college degree & holding down a brainy job.
Things improve for Rowan & his pack when Shadow, Alpha son of the pack Alpha returns from his military stint to claim Rowan as his Fated Mate. In order to claim Rowan, Shadow finds himself purging the corrupt members of their pack. He stumbles in that task when he is too protective of Rowan. I loved it when Rowan steps up to protect the pack, protect his mate & best of all confronts Shadow to accept him as a true Alpha Mate.
All the secondary characters are wonderful especially Talon who was Rowan's hidden protector when the pack's corrupt wolves were out to torment him.
I hope this book is the start of a new series as Talon needs a HEA as do all of Shadow's ex- military team members.

CrazyKat19
4,0 van 5 sterren interesting twist to an old fairy tale.
27 oktober 2019 - Gepubliceerd op Amazon.com
Geverifieerde aankoop
There are two things i want to be upfront about. First this author is one that is hit or miss for me. The other is that the fairy tale sub-genre is not one of my all time favorites. That being said, the blurb is what grabbed me so when i picked up this book my fingers were crossed. Thankfully everything worked out and I really loved the characters and premise of the book. The characters are a little different than normal. Rowan, the omega, comes across very strong at times, while Shadow, the alpha is unsure on occasion. The fairy tale angle is lightly done which I liked. There are a few little twists that keep the reader's attention and wonderful secondary characters that help our MC's along. The author has stated that this book may or may not be the first book of a series depending on reader reaction. I hope Ms. Oliver decides to go with the series as I would love to see the inner circle get books of their own.
Meer lezen
7 mensen vonden dit nuttig
Vertaal recensie in het Nederlands

J. M. S.
4,0 van 5 sterren Good but I have issues
9 november 2019 - Gepubliceerd op Amazon.com
Geverifieerde aankoop
Why why why does the Omega have to be inexperienced and virginal but the alpha is highly sexual and can sleep around? This stereotype is the main reason this amazing book is 3 1/2 stars and not five. As a women who identifies with the Omega I find this stereotype infuriating! It's aweful! What year is it???? Let's move into 2020 and have feminine child bearing characters that own their sexuality whether they be male or female. I admit I have list a little respect for this author because of this book. The rest of the story and writing was amazing. Can we stop making the softer sex virgins please!!! With love, a MM romance fan.
Meer lezen
5 mensen vonden dit nuttig
Vertaal recensie in het Nederlands

Phoenix
5,0 van 5 sterren Little wolf
29 oktober 2019 - Gepubliceerd op Amazon.com
Geverifieerde aankoop
Awesome book from Lisa!! I loved the wee little " little red riding hood" part. Super cute. Rowan was a super sweet omega with a good bit of backbone , which I loved! Shadow was an alpha-hole who I think benefited the most from his loving mate. These two definitely had to go through some crap before they got thier happy ending and as normal I am wanting more from the secondary characters! Loved the whole book but the ending was a surprise that I can see more books being added in the future. You wont be disappointed! Loved it!!
Meer lezen
2 mensen vonden dit nuttig
Vertaal recensie in het Nederlands

llv
4,0 van 5 sterren Rowan and the Wolf by Lisa Oliver
17 januari 2020 - Gepubliceerd op Amazon.com
Geverifieerde aankoop
Rating: 3.5 stars
The biggest problem with this book was Shadow. He was pretty unlikable as a character, start to finish. Honestly, I really don’t know what Rowan would have seen in him if it wasn’t for the mate bond. What I did like about the book was Rowan. I liked that he stood up to Shadow and didn’t let him run all over him. The best parts of the book were when we see his point of view. I liked the secondary characters and would like to have had more interactions with them.

All in all, the book was good. Just not great. If the author had written Shadow to be a bit more likable and really a bit more intelligent (he was pretty stupid throughout the story), I would have scored this higher. I do hope the author makes this into a series. I would definitely read books revolving around Shadow’s inner circle.