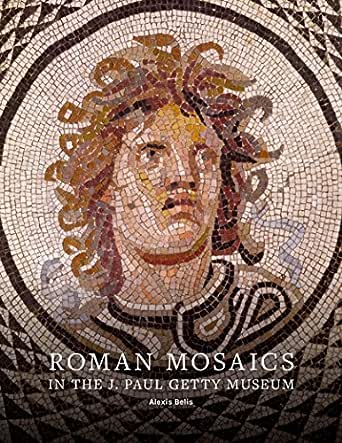 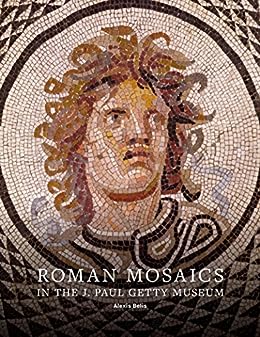 "A well-rounded examination of mosaics."--Art Libraries Society of North America

The mosaics in the collection of the J. Paul Getty Museum span the second through the sixth centuries AD and reveal the diversity of compositions found throughout the Roman Empire during this period. Elaborate floors of stone and glass tesserae transformed private dwellings and public buildings alike into spectacular settings of vibrant color, figural imagery, and geometric design. Scenes from mythology, nature, daily life, and spectacles in the arena enlivened interior spaces and reflected the cultural ambitions of wealthy patrons. This online catalogue documents all of the mosaics in the Getty Museum’s collection, presenting their artistry in new color photography as well as the contexts of their discovery and excavation across Rome's expanding empire—from its center in Italy to provinces in southern Gaul, North Africa, and ancient Syria.

Reflecting the Getty's commitment to open content, Roman Mosaics in the J. Paul Getty Museum is available online at www.getty.edu/publications/romanmosaics and may be downloaded free of charge in multiple formats. For readers who wish to have a bound reference copy, this paperback edition has been made available for sale.

The publication of this online catalogue is issued on the occasion of the exhibition, Roman Mosaics across the Empire, on view at the Getty Villa from March 30 through September 12, 2016.

Desert Rain
5,0 van 5 sterren A Peek into Mosaics
2 augustus 2017 - Gepubliceerd op Amazon.com
Geverifieerde aankoop
This is a clearly written, explanatory book on various ancient Roman mosaics the J. Paul Getty Museum acquired over time. These mosaics came from Ronan homes, baths, and gardens throughout Gaul, Italy, North Africa, Syria, and the like. The illustrations, both photographs and sketches aid in understanding the complexity and beauty of these works of art. Moreover, each piece is described as to what the viewer is seeing, of what materials it was made, where it was found, and the history leading to the museum possessing it.
Meer lezen
Een iemand vond dit nuttig
Vertaal recensie in het Nederlands

jacob's soccer mom
5,0 van 5 sterren Love being able to get books right away that you don't have to interlibrary loan them.
20 maart 2017 - Gepubliceerd op Amazon.com
Geverifieerde aankoop
I love that I was able to gain access to book(s) like this one without having to interlibrary loan them. It's great.
Meer lezen
2 mensen vonden dit nuttig
Vertaal recensie in het Nederlands