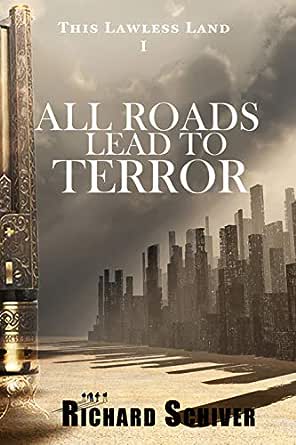 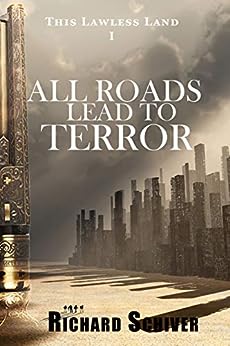 The climatic battle I won’t even touch on, because to talk about it is to spoil the most delightful revelation that this book has hidden in it. But what I will say is, read all the way to the end. "Jeanette Andromeda Horror Made"

Welcome to a post-apocalyptic world where a child can be named Meat. A world of unrestrained brutality where death lurks around every bend, and the only law is the firepower one carries on their hip. It is into this world these four boys have been born. A world where cellphones, fast food, and supermarkets are fables from the past. A world where the dead walk, and humanity has strayed dangerously close to the edge of extinction.

Four boys have been drawn together to embark upon a journey. One of discovery, not only of the world in which they live, but of worlds that lie beyond imagination. Every journey begins with a single step, and their journey begins with a quest to Richmond where they will confront a cult of feral boys who worship a creature of the night. Along the way their friendship will become stronger as they come face to face with the brutality of a world without laws or consequence.

It will be a journey of self-discovery, of trust, and self-reliance. A journey where they will learn to rely on one another as their friendship grows stronger than the bonds of a family. A journey from which these four boys, three bound by a fourth, will search for the safety of a past that has eluded them.

A journey that will lead them to the realization that they are the future, but to have one, they must first bring peace to this lawless land and confront the forces of evil arrayed against them.

There was a flavor of "Lord of the Flies" expressed through the savage tribe of kids who kidnapped the children in the first place. They were viscous, brutal creatures grown from the cycle of abuse this book explores. And the religious practices they had cultivated in the absence of love and protection is truly horrifying. It's the kind of horror that at once makes your stomach churn and your hand itch to draw it. -- Jeanette Andromeda: Horror Made

"All Roads is frankly Stephen King's Stand By Me, with zombies. But not too many. To call this a zombie novel would be a misnomer. First and foremost this is a coming-of-age drama, written by a man with a deft hand for characterization, set within a dystopian backdrop." Mark Taylor Author of The Dream Theatre

"No where's safe, no where's secure, except for where these four boys dwell together, intent on their mission, relying on the family ties that they've formed in growing up in the midst of horror." Fairness In Everything

On the day of his birth the dead walked and society crumbled. His mother took one look at him and pronounced him Meat. He survived, she didn't. Fourteen years have passed and obscurity means survival in an increasingly dangerous world. For the survivors compound at Bremo Bluff that obscurity is threatened when a savage band abducts a group of children from the compound. Accompanied by his three friends Window, Einstein, and Billie-Bob, Meat embarks on a quest to rescue the children. A journey that will lead them into adulthood, with a brief detour through the Dreadlands, as they confront the harsh reality of a brutal world beyond the barriers that had served to protect them. In the dead city of Richmond they will confront that savage cult of children who worship a creature of the night. These creatures, once considered the nightmare imaginings of a fevered mind, are now awake in a world where the population that once served as their food source has been reduced. Awake and very, very, hungry.
Alle bekijken
click to open popover

Kindle Customer
5,0 van 5 sterren Wow!
28 juni 2016 - Gepubliceerd op Amazon.com
Geverifieerde aankoop
Though this usually isn't my normal genre, I took a chance. This is the first book I've read outside of my "comfort zone" and I must say I wasn't able to put it down! The world becomes a savage place after a Zombie apocalypse tears it all apart. But these boys work together, forming camaraderie, friendship, and giving each other hope. Truly amazing book! I cannot wait for more in this series!
Meer lezen
2 mensen vonden dit nuttig
Vertaal recensie in het Nederlands

Jeanette Andromeda
4,0 van 5 sterren brutal with a purpose
2 november 2016 - Gepubliceerd op Amazon.com
At first, this story appears to fit right into the post-apocalyptic zombie universe. But it broadens out into a more interesting coming of age story. Meat, Window, Einstien, and Billie-Bob, are trekking out into the uncharted land East of their settlement, the Dreadlands, to rescue the children who’d just been kidnapped. They are seasoned trackers with some impeccable marksmanship skills. And they are all between the ages of 12 and 15.

The age of these characters entirely changes the dynamic of this book from a more familiar world of survival and human in-fighting to one where the narative of the young plays a more important role. Children of this world are preyed upon openly, but in this society? They fight back. If this book was written any differently, I don’t think I could have read what happened to these kids. Brutal, horrible things happened to them as they struggled to survive in the predatory world around them. However- it was written in a way that kept my rapt attention. Why?

These characters were people

The core group of boys were each individual, deep characters, with pain and pasts you would normally only seen in adults who’ve lived a hard life. I was quickly invested in them and it was seeing their personal struggles and growth that made this story sing. Well, that and the Big Bad Antagonists.

Now, you have your zombies, but they aren’t the real danger in this world. As in most cases of “zombie apocalypse” literature, it’s the people fighting over resources and struggling to adapt that you have to fear. What I loved about how Richard approached that concept, was that his didn’t to focus in on the adults of the world. Instead he kept his focus on the kids. If the depraved adults did horrible things, we experienced it from the children’s point of view. The kids, even the ones threatening our protagonists lives, were more human than the adults in this world. They were also, far more savage.

There was a flavor of “Lord of the Flies” expressed through the savage tribe of kids who kidnapped the children in the first place. They were viscous, brutal creatures grown from the cycle of abuse this book explores. And the religious practices they had cultivated in the absence of love and protection is truly horrifying. It’s the kind of horror that at once makes your stomach churn and your hand itch to draw it. (Or maybe that’s just my response to these kind of stories…)

The climatic battle I won’t even touch on, because to talk about it is to spoil the most delightful revelation that this book has hidden in it. But what I will say is, read all the way to the end. It’s so totally worth it, and it’s because of the ending that I want to read the next book in the series. I love it when a book pulls the rug out from under me. It keeps me from getting jaded or from succumbing to Horror Fatigue.

I reserve a star because there are some grammatical issues that another round of editing would fix up, but 4 solid stars because this book is absolutely worth reading. It is brutal with a purpose. It’s post-apocalyptic and set in the zombie genre without being clichéd. And that ending. That ending is spectacular.

Allan T. Cordera
5,0 van 5 sterren A story of age....from boys to men.
21 januari 2016 - Gepubliceerd op Amazon.com
Normally, not the type of post-apocalyptic stories I like to read; however, I discovered that once I started reading the story I quickly became hooked. The author did an excellent job a building his characters into ones you will root for to win and pray for the bad guys to experience harsh deaths. There is plenty of death in this story and action, so if that's what you like, here it is.

I had a little trouble with the character's names, especially one character named "Window". While reading it I kept on picturing a window and adding it within the sentence context as I read and had to question my mind's reading logic. But once I got used to it by Chapter 2, it was no longer a problem. The way the author explained how each character were given their name was excellent and made me laugh.

The book is somewhat dark, but in a post-apocalyptic world most things will be dark as there are not too many happy times that lay ahead. If the story doesn't have some realism within its pages, it's not worth reading. The black multiple eye blob thing in the story still has me asking some questions, but it could be revealed in another story.

The story takes place 14 years after the great virus and the authors does the story justice by providing brief explanations of why things are the way they are. The story moves quickly along a detailed path with only one side trip so following the story is no problem. Surprisingly, I thought I would have trouble reading the story because I want my fiction to have real life attributes, but I found myself enjoying the story so much I would find excuses to stop working and continue reading it.

The story behind the story is about young teenage boys leaving the confines of their secure and safe living commune and attempting to rescue kidnapped kids. As the story evolves, so does their coming of age, learning to deal with life's true problems of getting older and dealing with real world issues.

I look forward to the next saga of Meat, Window, Einstein and Billie-Bob…