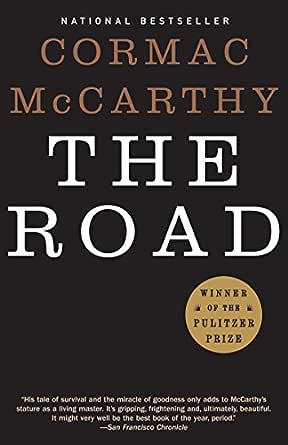 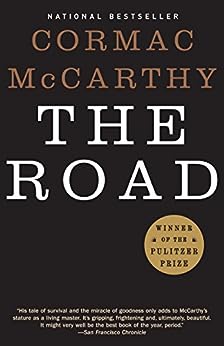 "His tale of survival and the miracle of goodness only adds to McCarthy's stature as a living master. It's gripping, frightening and, ultimately, beautiful. It might very well be the best book of the year, period." --San Francisco Chronicle

"Vivid, eloquent . . . The Road is the most readable of [McCarthy's] works, and consistently brilliant in its imagining of the posthumous condition of nature and civilization." --The New York Times Book Review

"One of McCarthy's best novels, probably his most moving and perhaps his most personal." --Los Angeles Times Book Review

"Illuminated by extraordinary tenderness. . . . Simple yet mysterious, simultaneously cryptic and crystal clear. The Road offers nothing in the way of escape or comfort. But its fearless wisdom is more indelible than reassurance could ever be." --The New York Times

"No American writer since Faulkner has wandered so willingly into the swamp waters of deviltry and redemption. . . . [McCarthy] has written this last waltz with enough elegant reserve to capture what matters most." --The Boston Globe

"There is an urgency to each page, and a raw emotional pull . . . making [The Road] easily one of the most harrowing books you'll ever encounter. . . . Once opened, [it is] nearly impossible to put down; it is as if you must keep reading in order for the characters to stay alive. . . . The Road is a deeply imagined work and harrowing no matter what your politics." --Bookforum

"A dark book that glows with the intensity of [McCarthy's] huge gift for language. . . . Why read this? . . . Because in its lapidary transcription of the deepest despair short of total annihilation we may ever know, this book announces the triumph of language over nothingness." --Chicago Tribune

"The love between the father and the son is one of the most profound relationships McCarthy has ever written."

"The Road is a wildly powerful and disturbing book that exposes whatever black bedrock lies beneath grief and horror. Disaster has never felt more physically and spiritually real." --Time

"The Road is the logical culmination of everything [McCarthy]'s written." --Newsweek

Cormac McCarthy is an American novelist, screenwriter, and playwright who has won the Pulitzer Prize, the National Book Award, and the National Book Critics Circle Award. A number of his works have been adapted into films, including All the Pretty Horses, The Road, and the four-time Academy Award-winning No Country for Old Men.