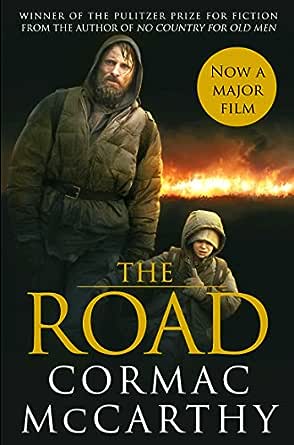 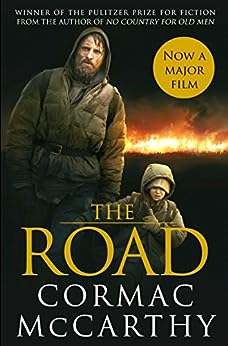 Cormac McCarthy is an American novelist, screenwriter, and playwright who has won the Pulitzer Prize, the National Book Award, and the National Book Critics Circle Award. A number of his works have been adapted into films, including All the Pretty Horses, The Road, and the four-time Academy Award-winning No Country for Old Men.

"His tale of survival and the miracle of goodness only adds to McCarthy's stature as a living master. It's gripping, frightening and, ultimately, beautiful. It might very well be the best book of the year, period." --San Francisco Chronicle

"Vivid, eloquent . . . The Road is the most readable of [McCarthy's] works, and consistently brilliant in its imagining of the posthumous condition of nature and civilization." --The New York Times Book Review

"One of McCarthy's best novels, probably his most moving and perhaps his most personal." --Los Angeles Times Book Review

"Illuminated by extraordinary tenderness. . . . Simple yet mysterious, simultaneously cryptic and crystal clear. The Road offers nothing in the way of escape or comfort. But its fearless wisdom is more indelible than reassurance could ever be." --The New York Times

"No American writer since Faulkner has wandered so willingly into the swamp waters of deviltry and redemption. . . . [McCarthy] has written this last waltz with enough elegant reserve to capture what matters most." --The Boston Globe

"There is an urgency to each page, and a raw emotional pull . . . making [The Road] easily one of the most harrowing books you'll ever encounter. . . . Once opened, [it is] nearly impossible to put down; it is as if you must keep reading in order for the characters to stay alive. . . . The Road is a deeply imagined work and harrowing no matter what your politics." --Bookforum

"A dark book that glows with the intensity of [McCarthy's] huge gift for language. . . . Why read this? . . . Because in its lapidary transcription of the deepest despair short of total annihilation we may ever know, this book announces the triumph of language over nothingness." --Chicago Tribune

"The love between the father and the son is one of the most profound relationships McCarthy has ever written."

"The Road is a wildly powerful and disturbing book that exposes whatever black bedrock lies beneath grief and horror. Disaster has never felt more physically and spiritually real." --Time

"The Road is the logical culmination of everything [McCarthy]'s written." --Newsweek

Sheryl
1,0 van 5 sterren Depressing read free m beginning to end
25 december 2018 - Gepubliceerd op Amazon.com
Geverifieerde aankoop
I’m not sure why this is an award winning novel. There was love in a dark world, but the story was the same dreary day over and over, hoping to get to a part of the book where things improve. There was a glimpse and then it was gone. Dad and boy struggle to survive. Dad dies a slow death. Kid goes on with other people . There I just saved you a lot of time.
Meer lezen
107 mensen vonden dit nuttig
Vertaal recensie in het Nederlands

supervalu
5,0 van 5 sterren Dark but beautiful
23 september 2015 - Gepubliceerd op Amazon.com
Geverifieerde aankoop
To say that The Road is a rather dark book would be quite the understatement....
As far as dystopian literature goes, this is quite a step.
The story of a father and his son, walking to the sea through a ravaged, cold and grey world, hoping to somehow, find a better place, doesn't leave much space for a happy ending. Bleak is truly bleak here, not a lot of silver linings!
And yet...and yet, this is a beautiful book.
The writing is fantastic, for starter. The style, with short and descriptive sentences, carries the story to perfection. It also has a poetic quality that softens what is said/described and gives it another dimension.
The real beauty of the novel isn't on the outside though, but resides inside, in the incredible bond uniting father and son, a love so deep and unconditional that it seems to erase age gap and life experience, to only focus on their desire to care for each other. This love and concomitant sense of humanity stripped to its essence, manage to give sense and meaning to their otherwise hopeless journey.
On a deeper level, it also seems to invite us to reflect on what makes a life meaningful: beyond a primal survival instinct, what makes life worth living even when there is no hope in sight? The Road's answer is that, ultimately, what matters isn't "what" makes your life, but "how" you choose to live that "what"...

I'm a father. I read The Road years ago when my son was nine. I honestly had no idea at the time that I was picking up a book about a father and his roughly nine year old son. That's not a spoiler, you find that out on the first page.

Look, Cormac McCarthy writes so well I actually come back to his books on my shelves and open them up randomly, just to read a page and soothe my brain. But he digs the knife in so deep. I've actually hesitated to review his books before because there is so much beauty in the writing I just don't have the first ability to get a sense of it across.

More than that. I actually resented him after finishing this book. I wanted to shake his hand and punch him in the face. Maybe that's why I waited so long to finally admit this book deserves any accolade I could give it.

I finished The Road while sitting on a plane in Hong Kong, waiting to take off in the rain. I was a grown man, struggling so hard not to sob out loud that I started to choke. You might want to try "All the Pretty Horses" first, or even "No Country for Old Men," but those will grip you, too. I've never seen the man pull a punch. I think it also might depend where you are in your life. Just take my advice, if you're a father and you have a young boy, hold off on this, or at least read it when no one is around.
Meer lezen
155 mensen vonden dit nuttig
Vertaal recensie in het Nederlands