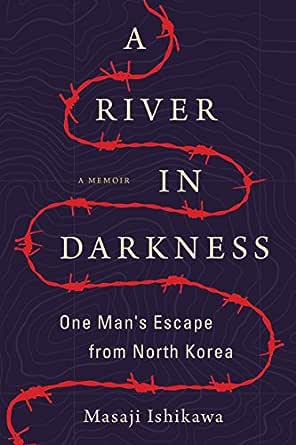 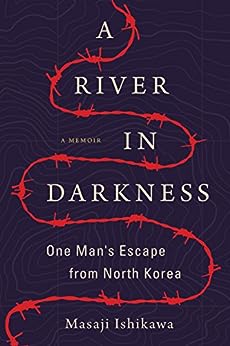 A River in Darkness: One Man's Escape from North Korea (English Edition) Kindle-editie

Born in 1947 in Kawasaki, Japan, Masaji Ishikawa moved with his parents and three sisters to North Korea in 1960 at the age of thirteen, where he lived until his escape in 1996. He currently resides in Japan. --Deze tekst verwijst naar een editie van deze titel die niet meer wordt gedrukt of niet beschikbaar is.

Rob Natiuk
4,0 van 5 sterren An escape from "HELL ON EARTH" -- a simply told but gripping memoir
1 december 2017 - Gepubliceerd op Amazon.com
Geverifieerde aankoop
HOW TO CHOOSE? I had to ask myself: Which selection offers me the most in-depth “feel” of a nation or a time in history, a family’s struggles and survival? What shows great courage in the midst of extreme hardship? What demands to be read NOW?

To me, it is A RIVER IN DARKNESS. That metaphor is apt for the oppression faced by so many people in the last 40 years in North Korea. It deepens my understanding, sympathy and appreciation for freedom.

A TOUGH MEMOIR. I’m sure it was not easy for the author, Masaji Ishikawa, to share his story with us. So much suffering, deprivation, and death from disease and starvation. So if you want a happy book, this is not it. It is a tough read, satisfying to my need to know and to share in the author’s life. But often I had to take a break from reading it in order to cope with the build-up of inner distress.

STYLE—NOT FANCY BUT HONEST. “Truth is stranger than fiction.” If I read this as a novel, I would find much that's hard to believe. The hardest would be the loss of loved ones to starvation, loss of dignity, purpose, hope. But somehow the author clings to the hope of escape to freedom, to return to his homeland of Japan from which he was taken 39 years earlier.

VIVID—I felt I was right there with Ishikawa, suffering and hoping with him, holding my breath as he tries to escape across the river to China. Always he faces the possibility of being sidetracked and captured even after he's in China. It's amazing how certain people come to his rescue, showing there is still good in the world.

THE GREATEST RIGHT--STOLEN. Even though as a young man Ishikawa did well in a North Korean university, he was reduced to being a farmer; he was too educated for the repressive governing officials. I felt his sorrow when he stated: “I never could forgive Kim Il-sung for taking away our right to think.”

Hopefully where you are, you have the right to express what you think. After reading this simple but disturbing book, I was left thinking far into the night. And this morning I'm so grateful for what I have in this land of freedom and much love.

Richard and Liz
5,0 van 5 sterren ~~ Starvation: "Once your lips disappear, your teeth are bared all the time, like a snarling dog." ~~
2 december 2017 - Gepubliceerd op Amazon.com
Geverifieerde aankoop
Starvation (death) if he stayed where he was or risk of being captured/shot if he attempted escape! What would your choice be?

Born to a Korean father and Japanese mother in Japan, Masaji's early childhood was sweet despite the family being poor. Alas, it was not to stay that way when his frequently drunken, abusive father came back on the scene. The beatings given to Masaji's mother got so bad that she had to literally run away to preserve her life. Masaji was left with his three younger sisters. Enter center stage the wicked stepmother for a period of time.

Whilst this was going on in Japan, Kim Il-sung was enticing Korean citizens in Japan to come to the "promised land, the land of milk and honey". What was he promising? Jobs, housing, education and more! This book, as well as being someone's story, is also a history lesson. We learn why the Koreans were in Japan in the first place and what life was like for them there, especially after the end of WWII. North Korea had not even existed when Masaji's father had lived in the southern part, now South Korea, and yet now he was was believing what he was being told and looking forward to going. Masaji was never fooled by all the promises but had no choice but to go along with his father's wishes and yes, his mother had surprisingly returned home and eventually agreed to go with them. Repatriation began! You may be surprised to learn the numbers and also the length of time it continued. "So yes, the mass repatriation was great news for both governments, the perfect win-win situation for everyone except the real human beings involved."

The year was 1960, Masaji was now 13 and his promised "fantastic" life in North Korea was about to begin! He played the role well hoping that somewhere along the line he would be able to move up the social/job ladder. Free education? Hmmm... University? Not a hope! Nothing this "Japanese bastard" could do about it. Faking your loyalty to Kim Il-sung meant life. Lack of food and supplies was part of daily life if you could even call it that. Eating stuff that gave you guts ache was sometimes the only way to physically survive.

Falling in love? The family of his original love didn't want Masaji anywhere near their daughter because of the trouble he may bring them! You can read for yourselves the despairing trials of future loves, trying to raise children when there was not enough food etc. We read of how his mother, at 44, had only 8 teeth left. Did his parents live to enjoy old age? What about his sisters? Do you know the Kim Il-sung's Ten Commandments?

Having read someone else's memoir of life in North Korea, I kind of knew what to expect when choosing this for my Kindle First choice. Even so, the realities of what happened are truly horrific. Yes, we know before starting the book that the author made it to safety by reading the Amazon listing but he spent 36 years surviving in that regime! If you are looking for a book with a happy ending this is not for you! If you are looking for a flowery, escape from reality type book this is definitely not for you! However if you want to read a true story where the raw pain can almost be felt, this is for you. Even on his escaping, you would think that once in China returning to Japan would be easy. Wrong! This book deserves to be read and the message spread abroad. It is well written and not overly long, moving on at a good pace. I downloaded this on to my Kindle. I was not required to write a review but chose to do so. Thanks, Liz
Meer lezen
201 mensen vonden dit nuttig
Vertaal recensie in het Nederlands
Ga naar Amazon.com om alle 4.885 recensies te bekijken 4,6 van 5 sterren
Ontdek het beste van shopping en entertainment
Gratis en snelle bezorging van miljoenen producten, onbeperkt streamen van exclusieve series, films en meer
> Ontdek Prime
Terug naar boven
Over ons
Verkoop bij ons
Amazon-betaalmethoden
We helpen je graag
© 1996-2020, Amazon.com, Inc. en dochterondernemingen