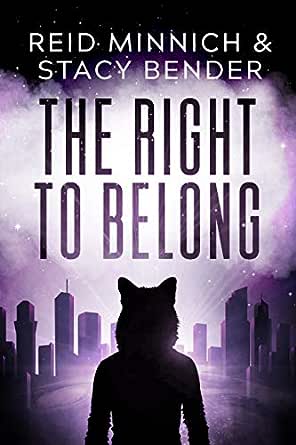 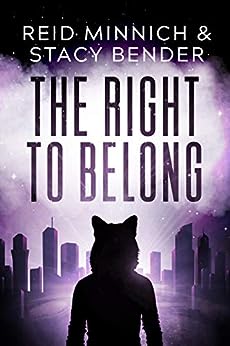 Born to human parents, Max has never seen another Kawokee. Hungry for acceptance, he steps out into a world where he is seen as a dangerous animal because of his foxlike appearance and the virus he carries. Encouraged by finding a friend, he ventures into a public place and is almost killed. The incident thrusts him into the social spotlight where he becomes both villain and a hero. Between these violent titanic forces, he must fight for the right to belong.
click to open popover

Never1701
5,0 van 5 sterren Intelligent Sci-Fi ... a rare treat
1 maart 2020 - Gepubliceerd op Amazon.com
Geverifieerde aankoop
When I pictured a sequel to Kawokee in my head, this was the last thing I expected, but that's sometimes a good thing. Whereas Kawokee was a rambling journey of an earth woman trying to plumb the secrets of an alien species only to discover they weren't so alien after all, Right to Belong is the trek of a single Kawokee young adult trying to find acceptance in a world that refuses to see him as anything but a threat.

Max is an interesting character because in many ways, especially at the beginning of the tale, there is little interesting about him. He's a Kawokee (human engineered species) which means he is ostracized on his homeworld both because of how he looks, but also because of the inherent fertility virus that all his sub-species is born with. He doesn't go outside, he doesn't meet people face to face and he minimizes any time he spends in public. He is smart, he's an adult biologically and mentally he's ready for college, alas in human terms he's 9 years old and a minor. So he's stuck in a bad place. He fights on a daily basis to try to deal with the duality of his life with parents who just don't seem to be able to cope.

The whirlwind series of events that lead him first to attend an amusement park with a friend and then be propelled into the public spotlight give Max ample time and opportunity for growth. I like that. We see how he goes from logical to angry to accepting of his status and what he learns in trying to deal with both. At times it's a caustic tale because it shows us that even centuries into the future humans can't seem to get over prejudice and fear, but the book deals with it in an engaged debate rather than casting any one group as benevolent or malign.

Right to Belong is a clever examination of why we hate, fear and distrust each other, it is also an example of the many ways that we can rise above or sink below when confronted with someone we can't understand either because of the way they look or because they carry a disease which could harm us. Shades of the civil rights movements and the AIDs hysteria. It's always great to see a book be able to analyze these kinds of topics in a rational why without vilification of one side or another.

Even those who hate him have a reason. Is it a good reason, no and yes. Fear. We fear what we don't understand and we fear to understand because then we have to ultimately acknowledge that dealing with the problem will be hard, inconvenient and may cause us to make accommodations. We see a glimpse into bigotry and what it's like to be on the receiving end for those of us who don't have to live with it every day of our lives. It's an important lesson to learn.

We see the world both from Max's point of view as the species being persecuted and also through the "norms" in his life like his parents and best friend Wayne. The ways that they too suffer through association just for loving him.

A great study of culture and sociology embedded in an involving narrative.

If I had one minor complaint, it that the story does tend to bog down slightly around the time Max joins the activist group. There are long discourses on how things work and why groups do things the way they do that left me a little bored at times. More than worth it to power through though.