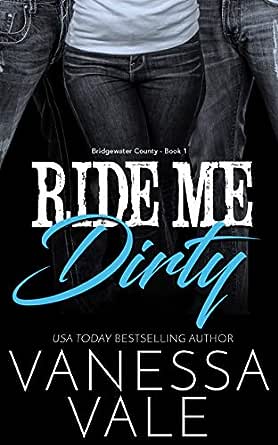 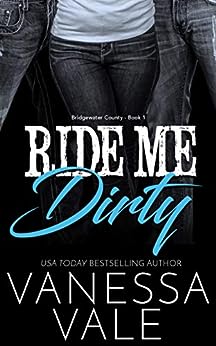 Vanessa Vale is the USA Today bestselling author of over thirty books, sexy romance novels, including her popular Bridgewater historical romance series and hot contemporary romances featuring unapologetic bad boys who don't just fall in love, they fall hard. When she's not writing, Vanessa savors the insanity of raising two boys, is figuring out how many meals she can make with a pressure cooker, and teaches a pretty mean karate class. While she's not as skilled at social media as her kids, she loves to interact with readers. You can find out more about Vanessa at VanessaValeAuthor.com --Deze tekst verwijst naar de paperback editie.
click to open popover

Gea
4,0 van 5 sterren Workaholic
2 februari 2018
Nice build up, lots of pressure on Katie, work related and now also an inheritance to deal with.
It’s time for major changes or she’ll get a major burnout.
But being a workaholic is hard to let go of.
Without a wake up call nothing will change.

Kindle Customer
3,0 van 5 sterren Lack of epilogue brought this down. ..
31 juli 2017 - Gepubliceerd op Amazon.com
Geverifieerde aankoop
-M/F/M menage
-no cheating
-no ow/om - they had all meet years prior when heroine would visit her uncle. She was only 12- no romantic feelings other than a childhood crush on her part
-she pushed them away
-steamy sex scenes
-no violence of any nature
-no epilogue which brought my rating down. It just ended with no idea of what becomes of the couple.

This would have had a much higher rating if there had been an epilogue.
Meer lezen
19 mensen vonden dit nuttig
Vertaal recensie in het Nederlands

Redrabbitt
5,0 van 5 sterren LIFE IN BRIDGEWATER WASN’T NORMAL—BUT IT WAS BETTER
7 april 2017 - Gepubliceerd op Amazon.com
Geverifieerde aankoop
Once again, Ms. Vanessa Vale has created an amazing beginning to a new series, and this one is a spinoff from Bridgewater Menage Series Books, but fast forward more than one hundred years to present day. The town and county of Bridgewater still live by the standards from their relatives of the nineteenth century. In Bridgewater, polyamorous relationships are the norm.

Catherine “Katie” Andrews is going to Bridgewater, Montana to clear out her late Uncle Charlie’s house and put it up for sale. She hasn’t been there since she was twelve years old, and was shocked when her uncle died and left her as his sole heir. A week away from her job as an attorney in New York comes with so much frustration and headaches between her job, her co-worker, and even her ex-husband. Then to learn that not only was there a house with land, but there are water rights, and Uncle Charlie’s water rights will impact most all the other ranches.

From Denver to Bozeman will have Jack Kane and Katie Andrews as seat mates. A delay in take-off, with overheard phone conversations with her ex and IMs on her computer from a co-worker, text messages from her boss, will not go unnoticed by Jack. Learning that Katie is heading to Bridgewater, where he lives, helps set this tale into motion.

The plot will have cousins, Jack Kane, a horse rancher, and Sam Kane, an attorney making their claim on Katie quickly. Men in Bridgewater still live by their ancestor’s beliefs of men sharing a wife, and the Kane cousins have always known that they would share a wife together, now they must convince her that she is their “lightning strike.” “We’re raised to put women first, in all things. We protect them, cherish them, love them. Take chivalry and amp it up about ten times. When a man finds the right woman, there’s no going back.”

What will it take for Katie to know that the rat race and jockeying for partnership isn’t what she really wants out of life? Her parents are cold, absent, jet-setting people who she rarely sees. Yes, her mother left Bridgewater and never wanted the lifestyle, but what does Katie want and need? Jack and Sam show her love, passion, and pleasure beyond anything she has every experienced before. “I was the filling in a Kane boys sandwich, and it was—incredible. Pinned between them, all I could do was surrender myself to the ride and trust that they would take care of me.” The story is sizzling hot with lots of passion and sex between Sam, Katie, and Jack. The menage is M-F-M story, no sex between men.
Meer lezen
12 mensen vonden dit nuttig
Vertaal recensie in het Nederlands

Kindle Customer
4,0 van 5 sterren Ride Me Dirty #1
8 mei 2019 - Gepubliceerd op Amazon.com
Geverifieerde aankoop
Catherine is a New York lawer but she has to take a trip to Montana to close up her uncle’s house that he left her. But she is so stressed from just leaving her job for a few days because she is trying to make partner. And when the person sitting next to her becomes a hottie cowboy and they are delayed on the tarmac because of a storm she just can’t believe her luck. When coming back from the bathroom she falls into his lap she is so embarrassed but also so turned on. But nothing happens and she doesn’t think she will see him again. But Jack has other ideals he goes and talks to his cousin Sam right away about the girl on the plain that she could be the one for both of them. And when Sam meets Kate he knows he is going to help her out about her stress and while he is helping destress her Jack show up and helps out and from then on they both try to show Kate she needs to stay with them. So enjoy this very good read and see how it works out !!
Meer lezen
2 mensen vonden dit nuttig
Vertaal recensie in het Nederlands

Oh my word, you really know how to do really sexy cowboys! I really love the premise of living in Bridgewater.

I loved that this new and exciting up-to-date Bridgewater, life is as it was intended, and immediately we're in the thick of a steamy prologue with Katie and Sam.

I really liked Katie, she was a tough hard working girl, with a very ambitious nature, or so she though. Her job as a hard nosed lawyer had her working towards being a partner, and she was made for the role, that was until she had personal business to take care of. She was the sole heir of her Uncle's ranch in Bridgewater, Montana and she had every intention of selling it and getting back to NYC and her high flying job.

I think she was beginning to have doubts about her job back home, on her flight away from NYC she struggled with not being able to stand her ground, as she learnt of a back stabber at work, add to that a scheming ex husband she realised that in order to move forward, things had to change.

The flight was hot, as was her flight companion, and as casual as she appeared she really was smitten.

Then we catch up with her in the bar with an old friend, the realisation of how relationships were in Bridgewater took hold.

I loved her expression as she came face to fave with her travelling companion and so it begins....
Katie trying to remain professional without loosing any of herself. She learn all about herself and as she becomes reacquainted with Bridgewater she begins to learn where her priorities lie, learns how life is in Bridgewater and starts to re think what she wants and needs.

Jack and Sam Kane, cousins who knew exactly what Katie meant to them the first time they all spent time together. They played hard and worked hard, and by Jove loved even harder, they even had ways of making Katie forget her own name.

No one does tri-fantasy like Vanessa Vale, she brings up into this fantasy worls and keeps you there - begging for more!

If you like men to take control, whilst being totally cared for then Bridgewater men are a must, they take you to dizzying heights, have you wishing you were the special chosen one.

The sexy heroes might take control, bu they make you believe you are making all the choices.

I absolutely love getting lost in the Bridgewater Town.