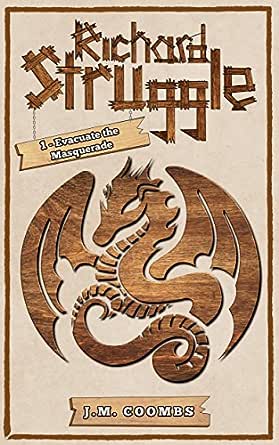 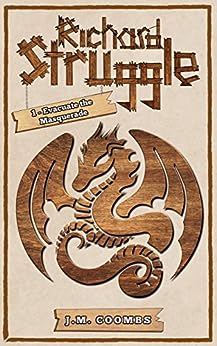 Every secret society fears discovery. That’s why they’re a secret society. When a prophecy declares that the hidden community of mages is soon to be discovered, they decide not to wait for nuclear annihilation, and instead leave Earth for the brand new world of Creakylid. Unfortunately for the mage's leaders, discovery wasn’t the only thing the prophecy foretold, and now every mage with a smidgin of ambition is blindly competing to be the ambiguously defined ‘chosen one’.

Into this barely controlled free-for-all walks Richard Struggle, a prospective hero who decided that his heroic competitive edge would be damn good logistics, because, as he told the first pretty girl he met on his journey, “What’s the point of striding heroically off over the horizon if you run out of food and have to heroically stride all the way back?"

Lighthearted adventure with a touch of humour — that is what the Richard Struggle series is. Dark, depressing, overly serious — Richard Struggle is none of these. Richard Struggle was born from the idea that heroes should be heroic and that winning is fun, even if the path is arduous and the fight, intense.

Contains dragons, heroes, deities who may or may not have a couple of loose screws (it's hard to tell), woodworking, and may at some point contain princesses, but for the moment you can make do with beautiful kick-ass heroines.

I'll be watching with interest for the next installments.

The setup seems reasonable. Mages exist. They're going to an alternate universe.

The magic system seems good for this sort of story. Every mage gets a spell every 5 years. So character abilities will be well defined.

I'll look forward to seeing what the protagonist can do with his unique "make trunks bigger" ability.

The writing was a bit too casual for me. The tone reminded me of the LitRPG genre, even though isn't running on that system.

J.D.
5,0 van 5 sterren 100% worth reading!
23 mei 2017 - Gepubliceerd op Amazon.com
Geverifieerde aankoop
Certainly worth a read. I loved this book; it reminded me of Terry Pratchett's 'Discworld' series.Unlike other authors, Mr. Coombs is able to tell a lighthearted story without needing to create conflict of dubious morality. As an example, the good guy doesn't find it necessary to tolerate an abusive relationship, and is willing to listen to advice. That last part makes the character far more relate-able than many other stories.

The characters are varied, and the tone light. Struggle (the protagonist), has a somewhat cliched origin, but it must be said that something becomes cliched because it's a good story. Having a unique talent, or willingness to use their talent to the utmost, is an attitude I can most certainly get behind.

Well done sir, and I look forward to reading more of your works, here and wherever you write ;)
Meer lezen
Vertaal recensie in het Nederlands