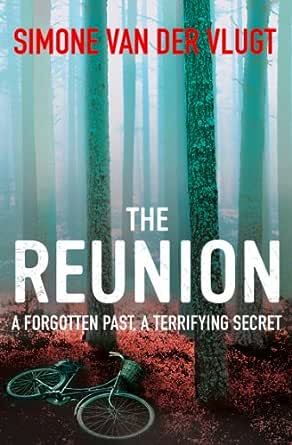 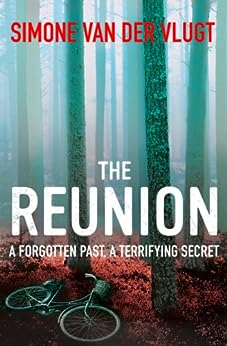 A brilliantly paced psychological thriller, ‘The Reunion’ is a chilling story of just how difficult it can be to cope when the past comes back to haunt you…

Sabine is twenty-four years old and has just returned to work following a nervous breakdown. Unsurprisingly, life in the office has changed since she left, and Sabine is now the brunt of her colleagues’ cruel jokes, as well as the main topic of office gossip.

It soon becomes clear, however, that Sabine’s problems are far deeper than those she faces daily, at work. Unable to forget her friend Isabel, who went missing when the pair were at school, an approaching class reunion forces Sabine to think about what really happened all those years ago, and why. The terrifying flashbacks that she begins to experience make her all the more determined to solve the mystery of her friend’s fate.

A new love interest and her own brother soon fall under Sabine’s suspicions. Do they know what happened to Isabel? Were they in fact present in the forest from which she vanished that fateful day? As the pieces of the puzzle slowly fall into place, Sabine realises that the answers lie even closer to home - much closer than she could ever have possibly imagined.

Exciting, frightening and utterly compelling, ‘The Reunion’ is a psychological thriller that is impossible to put down.

Mikey
5,0 van 5 sterren Dutch Suspense
21 juni 2012 - Gepubliceerd op Amazon.com
Reunion is Simone van der Vlugt's first novel to be translated into English. Her second novel Shadow Sister is also available. I read Shadow Sister first and was extremely impressed, this then led me to purchasing Reunion.
Written in 2004 we follow Sabine in her life in Amsterdam. Sabine works for The Bank and has just returned to work after a while off suffering from depression. Things have changed for her on her return to work and they don't appear to be for the better. Sabine is re-acquainted with Olaf, who she remembers from her childhood in a different part of Holland. Olaf seems very interested in Sabine, but is she interested in him?
In 1995, Isabel, a fellow student at the school Sabine attended disappeared and has never been found. Sabine begins to remember more and more details leading to her disappearance and sets off on a quest of her own looking for answers.
Reunion is an excellent read and culminates in a satisfying conclusion.
Hopefully there will be more from Simone van der Vlugt translated into English in the near future.