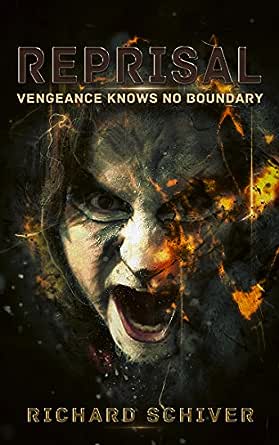 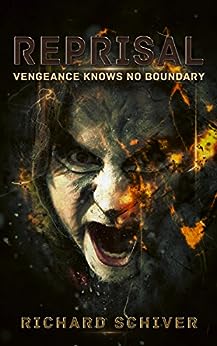 Was it a split personality? Or was she possessed?

What started off a psychological thriller ended as a spooky paranormal piece of fiction that gave me the heebie-jeebies. Is a ghostly force at work? Or is it truly all in her head?
The bookie Monster

She had a look that immediately put everyone she met at ease. Small of stature, with grandmotherly eyes. By the time they discovered the evil lurking behind that innocent facade, it was too late.

All Margaret wanted was to serve her time for the crime she committed, get on with her life, and put everything that had happened in her past behind her. Unfortunately a new doctor takes over her case, and immediately changes her medication, allowing her alter ego, Candice, to escape from the prison she'd constructed in her mind.

Diagnosed at an early age with Dissociative Identity Disorder, also known as a split personality, Margaret had never known loneliness. All her life she shared her physical self with the dark half of a divided psyche, an evil twin known as Candice.

They were the two faces of the same coin, the Ying and the Yang, the good and the bad all rolled into one. While Margaret was the picture of innocence, Candice carried the face of absolute evil, and everywhere they went she left a bloody trail in her wake.

In a desperate bid to reclaim her life, Margaret, driven by Candice, escapes with a simple plan. Return home, take the place of her twin sister, and live out the rest of her life in relative peace. But even the best laid plans had their flaws, and not even Candice can escape one simple truth.

The ghosts of the dead always get their revenge.

Jeanne G Pocius
3,0 van 5 sterren Deeply Horrifying
14 april 2019 - Gepubliceerd op Amazon.com
Geverifieerde aankoop
This is a book filled with horror. The author writes a good story (which would translate well into a film script). Unfortunately, the editor did not do a good job. There are lots of small errors that distract the reader fro. the story. Fix those, and the ratings would climb. Still, worth reading
Meer lezen
Vertaal recensie in het Nederlands

Kindle Customer
3,0 van 5 sterren Lamentations for the soulless.
18 november 2013 - Gepubliceerd op Amazon.com
Geverifieerde aankoop
There should have been some boundaries. This is a detailed tale of evil and in particular an evil person. Maybe entity is a better description than person. The single uniting theme is evil, the victimization of the innocent or at least the unsuspecting and misery. I just do not like spending my reading time wallowing in such morally dead books. That does not mean others would not find it very interesting and exciting. If it is your genera then have fun.
Meer lezen
Een iemand vond dit nuttig
Vertaal recensie in het Nederlands

The Bookie Monster
4,0 van 5 sterren Three Faces of Eve meets The Exorcist.
3 maart 2014 - Gepubliceerd op Amazon.com
Margaret is diagnosed with dissociative identity disorder as a child. Cause unknown, readers are told that "she was unique in that she could truly say she had never been alone a single day in her life." Usually onset by a traumatic event or thought to be therapist induced, being born with it isn't typical. This was my first hint that something sinister was at play.

Margaret is raped by a transient worker and regains control of her psyche to find a bloody hammer in her hand and the remains of the perpetrator at her feet. Into the quarry he goes, along with her sister Jane. When Margaret's daughter goes missing seven years later, the quarry is dredged and the bodies of her victims are found. Fingerprints on the murder weapon lead back to Margaret and she is locked away in an institution.

Twenty five years later, Candice, her alter ego, breaks her way out, killing a lecherous security guard in the process. The timeline gave me a bit of trouble, as readers are told she is institutionalized at 24, and at the time of her escape the psychiatrist tells authorities she has been there for twenty five years. Unless I missed an interim stay elsewhere that would make her 49. But she is referred to as elderly on numerous occasions.

Candice was held at bay by a cocktail of psychotropic drugs for years. Attempting to rehabilitate Margaret, her psychiatrist lowers the dosage on her medication, making it possible for Candice to take control.

What started off a psychological thriller ended as a spooky paranormal piece of fiction that gave me the heebie jeebies. Is a ghostly force at work? Or is it truly all in her head? Others swear they feel a presence in her company, and cameras malfunction when Margaret's alter ego is in control. This piece of information provided by the psychiatrist created a bit of inconsistency. He states Candice had been dormant throughout the years he treated Margaret. However, he notes stacks of videotapes with the mysterious glitch associated with Candice's presence.

I faced a challenge buying into the actions of the victims. Each person that fell by Margaret's hand felt the darkness before opening their doors to her. Not one person listened to their inner warning bells and they all met a demise that could have been avoided.

Reprisal could do with a bit more editing to fix some spelling and grammatical issues, but the writing was solid. The third person narrative was descriptive and the story flowed smoothly. The premise was creative and well organized. At a mere 100 pages, the author manages to tell a complete, well-rounded story that raised my heartbeat and gave me a healthy dose of fear.

A few things I will take away from Reprisal: Vengeance Knows No Boundary...
1. A quarry can hold a lot of dead bodies and cars.
2. I will never underestimate the ability of an elderly woman.
3. I will never stop for a hitchhiker.
4. Karma is truly a bitch.
Meer lezen
Een iemand vond dit nuttig
Vertaal recensie in het Nederlands

Angela
4,0 van 5 sterren Fast and Fun
10 december 2013 - Gepubliceerd op Amazon.com
On the surface her plan was brilliant in its simplicity. Return home, take the place of her twin sister, and live out the rest of her life in relative peace. Unfortunately even the best laid plans had their flaws and this one involved Margaret's alter ego Candice, who was hell bent on leaving a bloody trail in her wake. But not even Candice had planned for one simple fact.

The dead always got their revenge.

Diagnosed with Dissociative Identity Disorder at an early age Margaret could honestly say she had never been alone a single day of her life. Like two peas in a pod she shared her physical self with the other half of a divided psyche, a separate personality known as Candice. The difference between them was like that between night and day. While Margaret exuded the wholesome innocence of a country bred farm girl; Candice portrayed the character traits of a manipulative, conniving, sociopath whose only concern lay in doing what was best for herself.

Though Margaret physically killed the handyman who raped her when she was seventeen, her alter ego was responsible for the act. Thirty years have passed and Margaret is serving a life sentence for the killing she had managed to keep under wraps for seven years. She is confined to a Mental Health facility where a new doctor has been assigned to her case. One of his first acts is to reduce the dosages of the medications that have kept Candice suppressed.

Candice seizes control and embarks on a murderous rampage as she seeks to regain the life that had been stolen from her. She leaves a trail of bodies in her wake as she returns home where the dead wait patiently for her return.