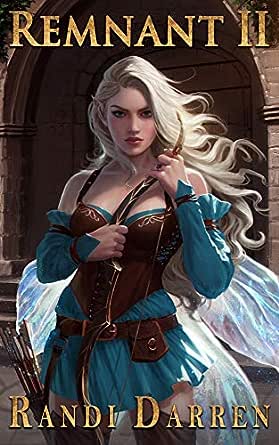 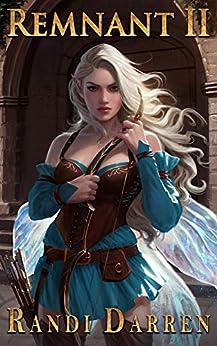 Steve doesn’t know who he was.

He does know a lot more than he did previously though.

He’s in a country called Lamals where men are required to have children, then more often than not go fight and die.

And that’s just how it is.

Things are at least improving though.

Steve successfully put a stop to the Creep’s advance. He’d buried it under a mountain of broken wall and escaped with his life.

Which eliminates one enemy. The creep and it’s undead.

Now he only has to worry about bandits, the military, the country of Lamals, and other people.

With that problem neatly solved, Steve can worry about problems closer to home. After all, his only true concerns are about his farm and his family.

That’s all he really needs. Everyone else little better than a resource to be utilized.

Unfortunately, things still aren’t what they seem to be. The messages Steve left himself pointed at something beyond their contents. Now, that something more is about to make contact with him.

On top of that, the farm is going to hit capacity eventually. Especially if one factored into it that Steve was likely going to have children at some point in the future.

Family troubles and more problems than he could expect are about to find Steve. Shooting up as if they were trees grown with his over-powered watering can.

Good thing Steve has his Axe.

Any problem can be solved with it with the right application of force.

Warning and minor spoiler: This novel contains graphic violence, undefined relationships/harem, unconventional opinions/beliefs, and a hero who is as tactful as a dog at a cat show. Read at your own risk.

This story is an Adult Fantasy novel.
click to open popover

Amazon Customer
2,0 van 5 sterren 2.5 stars, Steve is by far the most inconsistent character this author has written.
7 november 2019 - Gepubliceerd op Amazon.com
Geverifieerde aankoop
So this book by far is the worst when it comes to dealing with side characters. Maybe it his writing pace but they just felt indistinct. Aside from the physical traits that sets them apart for a couple sentences they for most part kind of ooze together into a grey mass.

Then you have Steve the MC. He is kinda all over the place. He spends the first book insisting that he wants no part of planing and has no head for it. Stating he just wants to work hard. By the end of the second he is acting like a master planer who despite no knowledge of the greater world is supremely confident in his assessment of how everything from governments to the world itself will act. Steve is by far the least likable character and feels like a crazy Reddit conspiracy theorist with Alzheimer's and super powers.

Some Average Guy
4,0 van 5 sterren A bit different (and weaker)
9 november 2019 - Gepubliceerd op Amazon.com
Geverifieerde aankoop
Generally a notch below most Darren / Arand books, but that still means it's better than most out there and still a solid read. Just more flaws than I'm accustomed to with this author. By the points:

-If you like reading about rough s*x... well... happy birthday.
-More of Steve and his harem, but Steve is all over the place and inconsistent in how he responds to things other than his universal approach of BJ diplomacy (that really gets old)
-The harem gets development of two characters (Lauren Fae / Nancy Mistress), but everything else is typical throwaway.
-Author got a bit kill happy in some places, was a bit heavy-handed in pruning the harem
-Relationship with Nikki went in a direction that I didn't like (trying to avoid a spoiler)
-I don't like that Steve is basically invincible now, author let power creep sneak in really bad
-A lot of taking, but no real empire building. Even the loot moments were throwaway statements like "they were stripped bare"
-The voice that talks to him and his overall purpose in this world was a bit weak, seemed contrived
-Sch*tty Steve past self references remain very funny
-End sets things up for a better book 3
-A lot of things seemed pointless or went nowhere. The armor that was made. Mentioning of food getting devalued. The unwed Enart showing up occasionally. Steel being made by the blacksmith. Complaining about "the pens" repeatedly but not a peep after events would allow that to change in later chapters.

Mitchell
5,0 van 5 sterren Darker sequel sets up an explosive ending!
7 november 2019 - Gepubliceerd op Amazon.com
Geverifieerde aankoop
This book Was a breath of fresh air into Randi’s series. I like that everything wasn’t hunky dory and got a little dark. Also took a pretty big turn from the first one. Can’t wait for the third one!
Meer lezen
11 mensen vonden dit nuttig
Vertaal recensie in het Nederlands

M. Rutlin
5,0 van 5 sterren Amazing
8 november 2019 - Gepubliceerd op Amazon.com
Geverifieerde aankoop
I don't think I've enjoyed an author as much as I do Mr. Arrand. Whichever pen name he uses, whichever series he's putting out, doesn't matter. All are awesome. I really enjoy how simple Steve Bril is, but the story in emotionally complex. Great juxtaposition there. I also can't wait for this to be tied into the larger narrative. Simply amazing!!!!!
Meer lezen
6 mensen vonden dit nuttig
Vertaal recensie in het Nederlands

Justin A.
5,0 van 5 sterren My god this book is amazing.
8 november 2019 - Gepubliceerd op Amazon.com
Geverifieerde aankoop
This book is pure magic. Buy it!

Steve is building his defense's, expanding his harem, and being a legend. Seriously the things Steve does in this book are amazing.

With this power though comes heart rending pain. The journey of Steve is pain, love, and a Rage so strong it is awe inspiring.

Read this book! One of the best I have ever read.