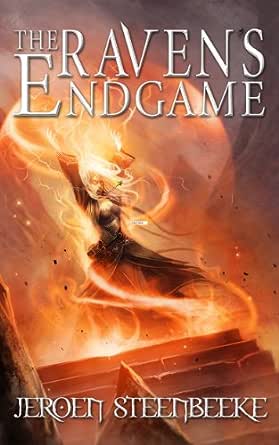 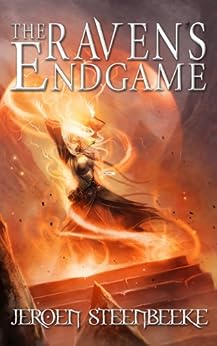 Three decades have passed since Lianna's journey to the north, and the Revenant has never existed. Childbirths are rapidly increasing worldwide, and despite tensions between the various nations, the world seems to have returned to normal.

But those with the Gift of the Seer know differently. From the Northlands to Ktharia, they dream of a vast wall of flame consuming all in sight, leveling mountains and evaporating oceans. In the midst of all this, a young girl wakes up in an alley in Chaedin. She does not know her origins. She does not know her name. But she has the same dream, and she knows that she is the only one who can stop it from happening.

The Raven's Endgame is a fantasy novel approximately 90000 words in length. It is the second book in the Hunter in the Dark trilogy. The first book - Gift of the Destroyer - and the third book - Hunter's Chosen - are also available from Amazon.

A young woman finds herself in a strange city without her memories, and dreams of a giant wall of fire consuming the city.
Alle bekijken
click to open popover

Rickey
4,0 van 5 sterren Book 2
20 september 2017 - Gepubliceerd op Amazon.com
Geverifieerde aankoop
I enjoyed book 2 as much as book 1. There where only a few errors throughout the book too. The plot was captivating and the characters where well done and grew throughout the story with twists and turns that kept it interesting. I look forward to book 3
Meer lezen
Vertaal recensie in het Nederlands

Danielle
5,0 van 5 sterren Awesome!!
30 juli 2013 - Gepubliceerd op Amazon.com
Geverifieerde aankoop
This book was an excellent follow up to the first in the series, Gift of the Destroyer. Beautifully written and very consistent with world layout. The ending of the book couldn't have been better, while tying up some loose ends from the first book, it left enough hanging in the void to make you want to purchase and read the third. I can't wait to finish reading book number 3 Hunters Choosen. Great job Jeroen!

Amazon Customer
5,0 van 5 sterren Great 2nd book
27 april 2014 - Gepubliceerd op Amazon.com
Geverifieerde aankoop
I truly enjoyed this book. It was an amazing story and enjoyable read. I couldn't put it down and I immediately bought the 3rd book. I will be starting that one right away! You will enjoy this unique series.
Meer lezen
Vertaal recensie in het Nederlands

Arvee
5,0 van 5 sterren New fantasy
14 oktober 2012 - Gepubliceerd op Amazon.com
Geverifieerde aankoop
I' ve read a lot of fantasy, but Jeroen Steenbeeke brings a new dimension to this genre. Don' t forget to read his first book. Does the story take place in this world? In a different time or in different times?
Meer lezen
Vertaal recensie in het Nederlands