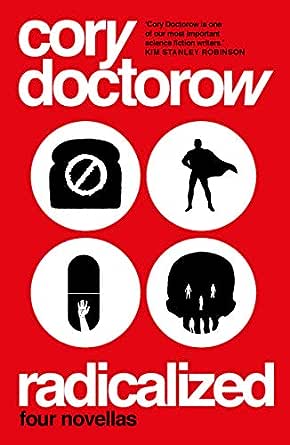 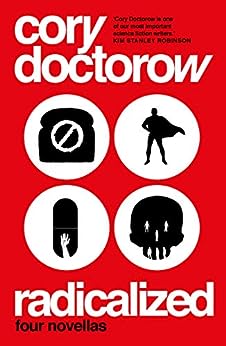 "Doctorow's combination of cutting edge speculation and deep interest in the social and political possibilities of the future make this collection a must-read."--Booklist (starred review)

"Doctorow captures the mix of hope, fear, and uncertainty felt by those in precarious situations, set against the backdrop of intriguing futuristic landscapes."--Publishers Weekly

"Is Doctorow's fictional utopia bravely idealistic or bitterly ironic? The answer is in our own hands. A dystopian future is in no way inevitable; Walkaway reminds us that the world we choose to build is the one we'll inhabit. Technology empowers both the powerful and the powerless, and if we want a world with more liberty and less control, we're going to have to fight for it."--Edward Snowden

"The darker the hour, the better the moment for a rigorously-imagined utopian fiction. Walkaway is now the best contemporary example I know of, its utopia glimpsed after fascinatingly-extrapolated revolutionary struggle. A wonderful novel: everything we've come to expect from Cory Doctorow and more."--William Gibson

"The Bhagavad Gita of hacker/maker/burner/open source/git/gnu/wiki/99%/adjunctfaculty/Anonymous/shareware/thingiverse/cypherpunk/LGTBQIA*/squatter/upcycling culture...zipped it down into a pretty damned tight techno-thriller with a lot of sex in it."--Neal Stephenson

"Cory Doctorow is one of our most important science fiction writers, because he's also a public intellectual in the old style: he brings the news and explains it, making clearer the confusions of our wild current moment. His fiction is always the heart of his work, and this is his best book yet, describing vividly the revolutionary beginnings of a new way of being. In a world full of easy dystopias, he writes the hard utopia, and what do you know, his utopia is both more thought-provoking and more fun."--Kim Stanley Robinson

"Thrilling and unexpected....A truly visionary techno-thriller that not only depicts how we might live tomorrow, but asks why we don't already." Kirkus (starred review)

"Doctorow has envisioned a fascinating world...This intriguing take on a future that might be right around the corner is bound to please." --Library Journal

If you want a better future tomorrow, you're going to have to fight for it today.

Here are four urgent stories from author and activist Cory Doctorow, four social, technological and economic visions of the world today and its near – all too near – future.

'Unauthorized Bread' is a tale of immigration, toxic economic stratification and a young woman's perilously illegal quest to fix a broken toaster.

In 'Model Minority' a superhero finds himself way out his depth when he confronts the corruption of the police and justice system.

'Radicalized' is the story of a desperate husband, a darknet forum and the birth of a violent uprising against the US health care system.

The final story, 'The Masque of the Red Death', tracks an uber-wealthy survivalist and his followers as they hole up and attempt to ride out the collapse of society.

'Cory Doctorow is one of our most important science fiction writers' KIM STANLEY ROBINSON.

Bill Brooks
5,0 van 5 sterren My Favorite Book of 2019. Extremely Engaging.
24 maart 2019 - Gepubliceerd op Amazon.com
Geverifieerde aankoop
Cory Doctorow is one of the most important science fiction authors of the 21st century. Like Robert Heinlein, he fills his stories with information that we need to know while telling amazing stories. Radicalized is four different stories with a theme that Cory frequently revisits, namely, shouldn’t everybody in this modern, resource wealthy world, have the expectation of fair treatment. This is my favorite book of the last twelve months. Keep up the amazing work.
Meer lezen
18 mensen vonden dit nuttig
Vertaal recensie in het Nederlands

Michael Falgoust
5,0 van 5 sterren Dark but highly relevant
27 maart 2019 - Gepubliceerd op Amazon.com
Geverifieerde aankoop
Each story really deserves its own review here, but I hope a few words about the text as a whole are enough to convince you to read it. Doctorow gives us four intense character studies that examine the points of struggle in our current political climate. Through the lens of the refugee, the superhero, the forum poster, and the capitalist, we are shown how abstract political views impact the real lives of people. There are moments of reflection on how we experience privilege and its lack, how the "wokeness" of public figures affects the people for whom they advocate, and how to both criminalize and exonerate inaction. The picture is very dark, but we are in shadows, and the light is too simple a salvation.
Meer lezen
12 mensen vonden dit nuttig
Vertaal recensie in het Nederlands

Some Guy
5,0 van 5 sterren Dark. Engaging. Haunting.
1 april 2019 - Gepubliceerd op Amazon.com
Geverifieerde aankoop
I've been a fan of Mr. Doctorow's stories for some years now, and he once again hits it out of the park with this collection of four short stories. Readers of his will recognize many similar themes to his earlier works- many echoes of his "little brother" books, his most recent "walkaway" story, and of course the idea of people using the connectivity of the web that seems to permeate almost every if not all his works.

All four stories had a impact on me, and it will take some time for me to really digest them. I do feel that, with the possible/sorta exception of the first story, none of them have the optimism-in-the-face-of-near insurmountable odds kinda thread his stories usually have, and that's quite alright. Kinda refreshing in a twisted way.

The first story is a world of corporate IP gone wild, vs. those evil jailbreakers. Infuriating and lovely.

The superhero story is a delight- and I like that it was a honest look at a serious issue but there was no easy solution, even for a Superman.

The third story is a thoughtful treatise on "does violence solve anything". Answer may surprise, and disturb you. Especially if you(like all civilized people IMO) ahbor it.

I very much liked the final story as well. A guilty pleasure of mine is reading(usually self-published and poorly written) teotwawki stories, and it always struck me as kind of funny how preppers seem to think hiding away from the world would work out for them, as they could emerge from their hidey-holes and be the new lords of creation- basically sell high, buy low. The protagonist (a hedge-fund trader, of course) finds out that's maybe not the best plan....