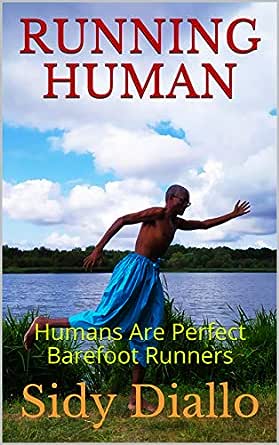 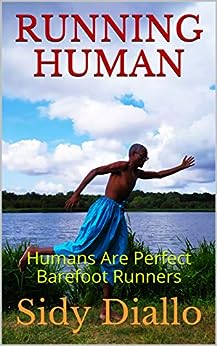 It’s the biology. Millions of years of evolution of human species have created a body perfectly designed for barefoot running, including on asphalt, contrary to popular belief.

The athletes who participated in the ancient Olympic Games in the cradle of Western civilization were naked. And the first barefoot marathon runner, Abebe Bikila, defeated his shod competitors and broke the world record. Sadly, he later agreed to wear sneakers, and he ended up becoming the first legendary victim of the devastating effects of shoes, when he sustained the serious injuries that spelled the end of his running career. And like him, more and more people are being forced to stop running because of injuries to their feet, legs or spine.

Running marathons isn’t about pushing limits or proving yourself. It’s about practicing, instinctively or consciously, the vital human activity that we should never have stopped doing, and for which our body is perfectly designed, that is, barefoot running over long distances. This means that running a marathon with shoes can lead into the path of injury and pain. Our ancestors effectively ran barefoot for three million years to catch other animals for food, and during this period they developed the perfect barefoot running machine, which we all inherited.

Shoes are unnecessary und unwelcome artificial components that significantly disturb the proper functioning of the musculoskeletal system. Indeed, for most people who run with shoes, their bodies can still cope on few miles, but not on much longer distances, which makes even the half-marathon a challenging race for some runners with shoes. As for the marathon, it is easy to see the damage during the second half of the race and, sadly, much more after the finish line.

The story of Homo sapiens is one of a successful and never-ending quest for progress, but with a serious downside on our physical and mental health. Our best option is therefore to combine two professions: the modern job to bring home the bacon, and the ancestral long-distance running, preferably barefoot, to stay healthy.

Luckily, running marathons is becoming irresistibly more and more attractive, because this modern form of persistence hunting is an excellent and very enjoyable way to satisfy our natural impulses of hunter-gatherers, without the need to kill an animal. And since the marathon is a form of tribal activity, the right way to do it is the tribal way, that is, on our bare feet. And for that, we don’t even need to take the shoes off, we just don’t put them on.

We can then proclaim, very proudly, loud and clear that WE ARE THE TRIBE!

Kenneth Posner
5,0 van 5 sterren Authentic account of an incredibly prolific runner
19 januari 2020 - Gepubliceerd op Amazon.com
Geverifieerde aankoop
I enjoyed this account. Sidy recounts stories from some of his hundreds of marathons in shoes and barefoot, making some simple points along the way: running is a natural activity for humans and key to the persistence hunting that enabled our ancestors to survive and flourish; humans run naturally barefoot; to seek joy from other sources, such as over-consumption, is dangerous for the individual and our species
Meer lezen
Vertaal recensie in het Nederlands
Ga naar Amazon.com om alle 1 recensies te bekijken 5,0 van 5 sterren
Terug naar boven
Over ons
Verkoop bij ons
We helpen je graag
© 1996-2020, Amazon.com, Inc. en dochterondernemingen