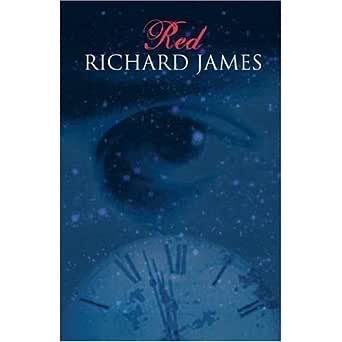 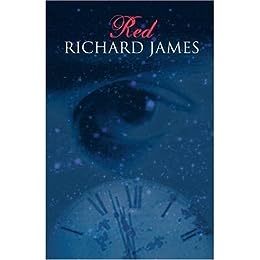 Red is for wine, blood, revolution, colour... written in three parts broken up by episodes with headings rather than traditional chapters. A dark 'gay-themed' tale using and abusing Faust and Vampire myths, which merges psychological and crime thriller with 'love story' twisted by a suitably wicked sense of humour. The deliberately non-linear and self-conscious narrative, told from three different viewpoints (who is the mysterious 'I'?), plays with themes of identity, character, memory, storytelling, fiction and fact; and words themselves thereby with the reader too.
Red is also an unashamedly opinionated celebration of life, wine, food, cities, music, buildings, art, films, history, literature, politics... humanity at play. Where it starts (Manchester, UK) is just one beginning from one character's perspective, as much of the story is told in flashback with different outcomes. Time periods swing from suggestively vague to detailed (Edinburgh, San Francisco & Barcelona past & present, English Civil War and Revolutionary Paris) to contrast its underlying structure with dreamy melt-down of the storyline, which occasionally picks up on the same episode or point in time told from another angle...
"A compelling book that combines tales of lives long and brief, history and Epicureanism in an intriguing narrative that spans centuries. The story moves skilfully from present to past and back again, igniting the reader's imagination and appetite along the way." Amazon review by "Gustav" Feb 2012.
"This is a celebration of one man's extraordinary life - a life that spans oceans and centuries. In part, Red is a literary thriller in the European tradition, focusing on mysterious art collectors and the curious machinations of Dr Mabuse (who may or may not be the Devil). But, as it moves cinematically from the English Civil War to the Mexican Revolution and from Venice to New York, there is much more to this story." Peter Burton, editor and author.
"A haunting series of vignettes in which food, wine, and physicality build their own hypnotic course of eroticism, satiety, and ennui. A startlingly original novel, masterfully constructed." Sebastian Beaumont, author of The Linguist.
“It's difficult to come up with something original in this tradition (vampire novels)… Richard James has managed just such a feat in Red. The deceptively tight structure that underlies this occasionally bewildering tale leads us to a surprising climax… Excellent.” Sebastian Beaumont, Gay Times Sept 2002
“Red is a rollercoaster ride of a novel… James has produced an intriguing and highly imaginative debut that marks him out as a writer to watch.” Attitude Sept 2002
“Red is a particularly adventurous offering… it’s hard to categorise; part literary thriller, part historical romp and part supernatural love story… A bold and assured debut set on a grand scale and Richard James is clearly a writer unafraid to be ambitious.” Wayne Clews, City Life Oct 2002
“It’s certainly refreshing to open the pages to something a little more taxing than your average gay ‘get off on this’ or ‘only good enough for the beach’ type novel… Confused so far? You will have to keep up with Red.” 3Sixty Oct 2002
“Red moves through time and places like an Angela Carter novel, carrying an atmosphere of mystery. Welcome to a world where nothing is quite what it seems, a novel which is haunting in the impression it leaves.” What’s on UK Oct 2002
“This is not your run-of-the-mill gay novel… it’s not really a gay novel at all. It’s more about the nature of evil and how it transcends different times and cultures. It’s vivid, cinematic stuff and written with great verve and more than a touch of ironic humour.” Mike Gray, Out UK Nov 2002
“Red combines swashbuckling action with a peculiar and rare portrayal of history through the eyes of an immortal. Expect kung fu fighting, armed robberies, car chases, machine guns, fascism, fantasy and a doctor who will never cease pursuing you.” Tom Chatwin
click to open popover

SLU
5,0 van 5 sterren Compelling and intriguing
2 februari 2012 - Gepubliceerd op Amazon.com
Geverifieerde aankoop
A compelling book that combines tales of lives long and brief, history and Epicureanism in an intriguing narrative that spans centuries. The story moves skillfully from present to past and back again, igniting the reader's imagination and appetite along the way.
Meer lezen
Een iemand vond dit nuttig
Vertaal recensie in het Nederlands