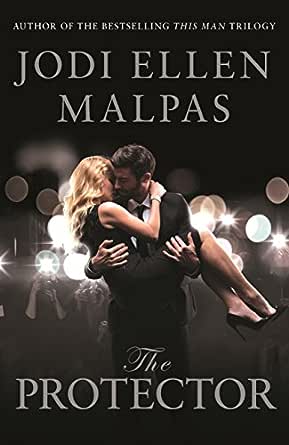 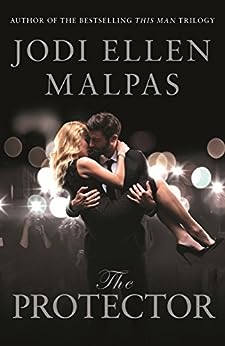 "4.5 stars. Top Pick. Readers will love this book from the very beginning! The characters are so real and flawed that fans feel as if they're alongside them. Malpas' writing is also spot-on with emotions."--RT Book Reviews

"[Jake and Camille] together were great. Although both have their pasts and demons they came together and it was a joy to read...This is the first book I've read from Jodi Ellen Malpas, but she's has become a favorite in one read."
--Night Owl Review

People think they have Camille Logan nailed: daddy's girl, beautiful, spoiled young woman with her father's bank balance to fund her lifestyle. But Camille is determined to have a life free from his strings. Now, after fighting so hard to be independent and happy, she finds her life threatened as a result of her father's ruthless business dealings. Caught between resentment and fear, Camille prepares herself for the measures her father will take to protect her. But nothing could prepare her for the ex-SAS sniper who crashes into her life.

Jake Sharp resides in his own personal hell. He was distracted from duty once before, and the consequences were devastating - both personally and professionally. Accepting the job of bodyguard to Camille Logan isn't the kind of distraction from his demons he should take. Women and Jake don't mix well, yet protecting the heiress seems the lesser of two evils. But Jake soon discovers that she isn't the woman she's perceived to be. She's warm, compassionate, her presence settling, and his duty to protect her soon goes deeper than a well-paid job, no matter how hard he fights it. He needs absolution. He comes to need Camille. But he knows he can't have both.

An intriguing blurb plus an awesome cover do not necessarily guarantee a good read—and such was the case with The Protector.

Between the odd choice of descriptors, excessive amount of exclamation points, and the use of certain dialogue tags, I couldn't help but wonder if the book had been professionally edited at all. All the spitting and spluttering was off-putting, to say the very least.

Cami Logan is a twenty-five-year-old fashion model and aspiring designer—or half of one, at least. She does the sketching, her friend does the sewing. Then there was her stint in rehab for cocaine addiction, but now that that's behind her, she's ready to get back to her busy schedule of shopping, drinking, the odd photoshoot here and there, and having girls' days with her BFF, where they paint each other's nails, giggle like school girls, and drink copious amounts of wine. But she'll have you know she's more than just a pretty face. Like, duh.

Before long, Cami gets summoned to her rich daddy’s office, a guy I couldn’t help but to picture as Donald Trump, where she’s informed that, thanks to his shady business practices, her life is in danger, and, as such, good old daddy is taking precautionary measures to ensure her safety.

Enter Jake Sharp, a thirty-five-year-old, emotionally stunted, ex-military sniper, and Cami's hired bodyguard. Jake is supposedly the best money could buy. With a 100k a week price tag, he should've been, but that just wasn't the case. Cami easily gave him the slip, the first of many, within five minutes of meeting him. Well, that was money well spent.

From that point on, I couldn't take Jake seriously as a respectable, top-of-the-line bodyguard. He failed to live up to his reputation. It was amateur hour all around, to be honest. He didn’t even do any of the hard work himself. He’d kick back, make a phone call to Lucinda, his partner of a sort, and let her do all the work for him. He even got the added bonus of sticking it to his new boss by sleeping with his daughter. Way to earn that paycheck, Jake.

I had a hard time buying into the romance. Between Cami's juvenile demeanor and Jake's issues—his no strings, no attachments, closed-off emotions—I would've thought things would've been just a little more difficult between them. However, that wasn't the case. The romance was fairly easy. I just had a hard time believing that Jake, the same guy who callously kicked his one-night stands out of his home, could so easily develop this all-consuming, desperate love without a hitch.

The Protector is told from alternating first-person points of view. Something that, depending on the author, I'm just not all that fond of. Perhaps my opinion of Jake would've been different if half the story wasn't told from his perspective.

I wouldn’t have liked Jake either way; not after it was revealed that he had a dead wife and a four-year-old daughter whom he abandoned, because, apparently, it was easier to talk himself into believing the little girl wasn’t his, due to his wife's infidelity, than it was to man up and take care of her. After he abandoned his daughter, leaving her to be raised by her aunt, he spent his time having meaningless one-night stands and taking care of various people who requested his services. How noble of him. There was absolutely no coming back from that, at least not in my eyes.

This book had all the markings of a good romance. Pretty cover, ex-military hero, and an interesting blurb. Unfortunately, I just couldn't warm to the characters. Cami, for all her talk of being an independent woman, fell into the TSTL category. And as for Jake, well, I couldn't get over the fact that he seemed to struggle more over the death of his two military buddies than he did over the abandonment of his own daughter—or, hell, even the death of his wife. I'm sorry, but a man who would abandon his child is not a man, and certainly not the kind of hero I could get behind. Yet, miraculously, once Cami entered his life, he was suddenly ready to be a father—four years after the fact. Yeah, okay. But of course, being the end of the book, it was all rainbows and sunshine and happily ever after.

Overall, the execution left a lot to be desired. The book was overly long and hard to slog through at times, and had inconsistencies that were hard to ignore. At least fifty pages could've been shaved off and the reader would've been none the worse for it. I couldn't connect with the characters. The writing was bland. Furthermore, it took forever to resolve the central conflicts. I found myself bored with the progression of the plot, especially in regard to the threats against Cami, of which she herself didn't even care about. Ultimately, this was a miss for me.
Meer lezen
152 mensen vonden dit nuttig
Vertaal recensie in het Nederlands

SamK
3,0 van 5 sterren Meh!
20 juli 2017 - Gepubliceerd op Amazon.com
Geverifieerde aankoop
I am a fan of Jodi Ellen Malpas having read both her This Man (which is her best work IMO) and One Night trilogies, BUT for some reason, I struggled to get into THE PROTECTOR. I didn't really like Cami as I felt her to be too immature at times. I liked Jake, but expected him to be more alpha given his job and he kinda pales in comparison to Ms. Malpas' previous heroes Jesse and Miller. I also didn't feel the connection between Jake and Cami - other than the obvious lust between them, I didn't feel that they shared any sort of heart and soul connection. For the previous trilogies of Ms. Malpas's, I binged and devoured them in days. This book, I would read and get bored and set it aside and then come back, and repeat. I skimmed major chunks because I was just bored and nothing really happened. 2.5 stars.
Meer lezen
7 mensen vonden dit nuttig
Vertaal recensie in het Nederlands

Pet
5,0 van 5 sterren Just as sexy as Jesse...
22 februari 2017 - Gepubliceerd op Amazon.com
Geverifieerde aankoop
I’m not sure how Jodi does it but she’s created another man you cannot help but love in Jake Sharp.

It’s like she has a sixth sense for just what qualities make a man irresistible to women. Doesn’t matter if the man is fictional…

Jake’s not perfect… You know what, I take that back, he may be built like a god…but, emotionally? That man is a hot mess. He’s been pretty messed up by his past and he didn’t handle it all that well. Which of course led to more regrets, more self loathing and more self destructive behavior… it’s a vicious cycle. He does best when he keeps his mind busy or his body sated… So, Camille, being completely opposite of what he expects, throws him for a loop. Yeah, she’ll keep his mind busy, because he has to stay sharp to keep her safe and she’s smart has hell, but he’s also lusting after her pretty hard, which would be great for the sating, but not so great for staying alert…

It doesn’t help that there are some serious inconsistencies in the information Jake’s being provided as proof of the threat against Camille. He’s stuck between his lust for Cami and figuring out whether the threat is or isn’t real… The wrong determination could have seriously horrible consequences.

Camille was a surprise and I judged Camille just as unfairly as Jake did. I assumed that someone who lived her life style and makes her living being beautiful had to have very little to offer and was kind of shallow. I was just as surprised as he was that she was very down to earth, unassuming and kind. She was loyal to her friends and had a real reason to want nothing to do with her ex. I kind of felt bad that I had judged her so harshly. And don’t even get me started on how she felt about her father… he was a jerk and didn’t deserve Camille’s loyalty or love.

Jake and Cami are a couple that are going to stick with you. The conflict between what they want and what they know they shouldn’t have is a real and constant struggle and the story will drag you along with them right to the thrilling end.
Meer lezen
5 mensen vonden dit nuttig
Vertaal recensie in het Nederlands

Mommaof4
5,0 van 5 sterren Woman reignited
18 december 2016 - Gepubliceerd op Amazon.com
Geverifieerde aankoop
As always Malpas doesn't let me down. I loved this book and read it in one day. I have been an avid reader of adult romances for several years now and have been out of my reading habits for a short time. When I purchased this book I was hoping for that escape I so needed and my inner woman to be reignited, lol. This book indeed did that. I loved This Man series and this new book, though different still kept me hanging to completion. The way Malpas gave both of the main characters point of view, I loved. How many of us women out there would love to know the mans perspective !!! The characters chemistry and passion for one another was tangible and Malpas always brings her characters to life so beautifully with her art of making you feel as if you are in the moment with them. The sex scenes were addicting and yes as I said they reignited the woman in me once again. As many of us are always running non-stop and in the wife/Mommy mode we lose that along the way. However I encourage you to read this for that so needed escape, you won't be disappointed!! Thank you Jodi Ellen Malpas once again for bringing me back to life and reigniting the yearning reader and woman in me:).
Meer lezen
6 mensen vonden dit nuttig
Vertaal recensie in het Nederlands
Ga naar Amazon.com om alle 528 recensies te bekijken 4,3 van 5 sterren
Terug naar boven
Over ons
Verkoop bij ons
We helpen je graag
© 1996-2020, Amazon.com, Inc. en dochterondernemingen