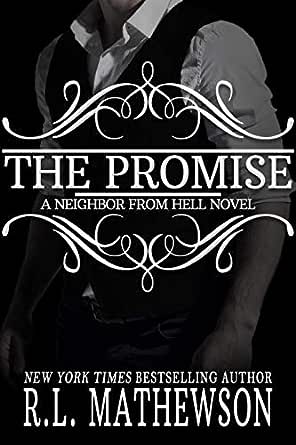 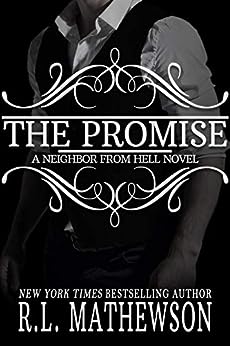 For readers who enjoy touching stories that make them smile, laugh, and fall in love.

How far would you go to keep a promise?

Reed Bradford never should have made that promise.

He’d barely survived the first time around, but now she was back, his best friend’s little sister, his one-time neighbor, and the woman that he never should have promised to protect. He never should have done a lot of things, like cross that line, but once he did…

There was no turning back.

Joey Lawson always had a plan, but unfortunately, mostly for her, sometimes those plans backfired. On her. This time would be no different. After the unfortunate incident that she felt was better not to think about, she found herself doing the one thing that she’d never survive.

Falling in love with a Bradford.

Amber
5,0 van 5 sterren Amazing book!
28 februari 2019
Indeling: Kindle-editieGeverifieerde aankoop
I really loved this book, well i actually love all your books! Haha recommended read! Laugh out loud, loving story. But.. She really is a tease! She gave us some chapters of her next books..at the end of the story ^^ (anger management and pyte) can't wait for your next release!
Meer lezen
Nuttig
Commentaar geven Misbruik melden
Vertaal recensie in het Nederlands
Alle 1 klantenrecensies bekijken
Klantenrecensie schrijven

Emily
5,0 van 5 sterren Outstanding
27 februari 2019 - Gepubliceerd op Amazon.com
Indeling: Kindle-editieGeverifieerde aankoop
Joey Larson moved away from home years ago, now she is back after an unfortunate incident has put her on sabbatical. Reed Bradford made a promise to Joey's Grandmother and his best friend to always protect Joey. However, the last time he saw Joey he also made a promise to give her the spanking she deserves, now she is back. The disaster known as Joey though did not have a well thought out plan and now is living with Reed. Reed vacillates from wanting to throttle her and wanting to wrap his arms around her, which path will win out?

Another wonderful story from R.L. Mathewson. Loved this one and thought Joey and Reed were delightful. Reed was an unexpected surprise, he was different then I thought and I liked that his brother lived with him. I am anxious for what is next in this series.

shoefreak
5,0 van 5 sterren A warm welcome to the neighbors
27 februari 2019 - Gepubliceerd op Amazon.com
Indeling: Kindle-editieGeverifieerde aankoop
Always worth the wait. I can say there are not a lot of authors that are auto click for me but R.L Mathewson is one of them. I have loved every book she’s written, admittedly some more than others. The Promise is one I absolutely loved. It was nice to meet new friends and I am excited to see where the next story leads.
Meer lezen
222 mensen vonden dit nuttig
Vertaal recensie in het Nederlands

Sue Dayoub
5,0 van 5 sterren Loved loved loved it!
2 maart 2019 - Gepubliceerd op Amazon.com
Indeling: Kindle-editieGeverifieerde aankoop
I love R.L. Mathewson’s quirky characters and the way she writes just keeps you smiling from page one!
Reed is a principle with his hands full with a couple students that’ll have you shaking your head.
Joey and a brilliant girl with 2 PhD’s and a way of finding herself in situations seems to be saying I’m sorry a lot. When one situation finds her on a sabbatical not of her choosing she goes home to the house she grew up in next door to the boy who vowed to keep her safe.
I laughed and cheered for the understood and misfits that’ll melt your heart!

Kindle Customer
5,0 van 5 sterren Amazing
26 februari 2019 - Gepubliceerd op Amazon.com
Indeling: Kindle-editieGeverifieerde aankoop
I've waited for what feels like forever for a new nfh book and yes it was well worth the wait!!! Reed and Joey's story was so so good and I love the outrageous hate to love relationship they have ! and it was great to see new characters and old ones being brought into book as well!
Meer lezen
188 mensen vonden dit nuttig
Vertaal recensie in het Nederlands

AndreaO
5,0 van 5 sterren Great, funny, passionate love story
27 februari 2019 - Gepubliceerd op Amazon.com
Indeling: Kindle-editieGeverifieerde aankoop
One of funniest series, I ever read. It's so full of disastrous events, that can happen everyone, that You always have kept it mind, thats not user manual for You. It was really passionate, and the both main characters were so adorable. Joye was briliant scientist, but socially akward and Reed was workoholic. They had from beginning great chemistry between them. I really loved, how can Joey immerse herself into books and forgott everything else. And the students were so real. The autistic boy Shawn was so real and so nice. And bad girl Jen with her excuses, I really loved her :))
Meer lezen
173 mensen vonden dit nuttig
Vertaal recensie in het Nederlands
Ga naar Amazon.com om alle 271 recensies te bekijken 4,5 van 5 sterren
Terug naar boven
Over ons
Verkoop bij ons
We helpen je graag
© 1996-2020, Amazon.com, Inc. en dochterondernemingen