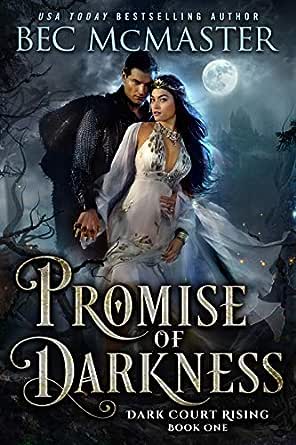 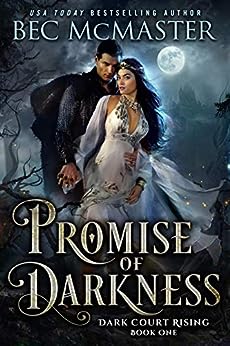 Princess. Tribute. Sacrifice. Is she the one prophesied to unite two warring Fae courts? Or the one bound to destroy them?

In a realm ruled by magic, the ruthless Queen of Thorns is determined to destroy her nemesis, the cursed Prince of Evernight.

With war brewing between the bitter enemies, the prince forces Queen Adaia to uphold an ancient treaty: she will send one of her daughters to his court as a political hostage for three months.

The queen insists it’s the perfect opportunity for Princess Iskvien to end the war before it begins. But one look into Thiago’s smoldering eyes and Vi knows she’s no assassin.

The more secrets she uncovers about the prince and his court, the more she begins to question her mother’s motives.

Who is the true enemy? The dark prince who threatens her heart? Or the ruthless queen who will stop at nothing to destroy him?

And when the curse threatens to shatter both courts, is her heart strong enough to break it?

Join USA Today bestselling author, Bec McMaster, on a seductive journey through a mythic land, with a wicked prince who holds a thousand secrets, a princess determined to uncover the truth, and an evil queen who threatens to tear them apart. Download this epic fantasy filled with magic and breathtaking romance today!

What everyone is saying about Bec McMaster:

"Action, adventure, steampunk, and blazing hot seduction...Bec McMaster offers it all." –Eve Silver, author of Sins of the Flesh

"Amazing! This is by far the best dragon book I have read since Dragonbound by Thea Harrison. In fact, its one of the best fantasy romance books I have ever read." —LAB for Heart of Fire

A reader from Canada
2,0 van 5 sterren If grammatical issues and plot inconsistencies bother you, tread with care
19 september 2019 - Gepubliceerd op Amazon.com
Geverifieerde aankoop
I've read everything Bec McMaster has written and it was a surprise to me that I have not been able to finish this book. I like her London Steampunk series and its offshoots the best, and thought her three other series got better as they went along, but I have serious problems with this book and am struggling to finish it. I don't want to leave a mean-spirited review, but I do want to warn readers about some of the issues with this book before they decide to purchase it.

Basically, it feels like this book began life as a short story written in the third person that McMaster decided to expand into a full-length story in the first-person, present tense, without fully committing to the editorial work required to make the shift. The result is a bit of a mess - especially if grammatical issues and plot inconsistencies are a concern for you. I know that not all readers in the romance genre care about such things, but they drive me nuts and the issues on both these fronts constantly took me out of the story. In particular, the occasional slippage into third person, past tense made for a frustrating and confusing read, especially when combined with the constant mixing up of words (behest vs. bequest; inflated vs. conflated, etc., etc). The minor inconsistencies in the plot also bothered me no end (each time she finds herself responding to Thiago is treated as if it hasn't happened before, so the reader gets a constant sense of deja vu). Add the lack of character growth in Vi's character (she makes a decision, then waivers, makes a decision, then waivers) and the vaguely derivative feel of the story and I found myself starting to skip large tracts before giving up entirely about 70% of the way through.

Based on the reviews so far, I'm sure some readers will love this book, but if you demand more from the books you read in terms of writing and plotting, you might want to read a free sample before committing to purchase it.

wow, way to pull me in, blurb! Didn't leave me much choice with that one did ya?

I wanted to like this but I just didn't. The sexually charged banter throughout this whole book was the cringiest thing EVER. So cheesy. I felt embarrassed for the characters that they were given that dialogue. So much barf.

There was nothing subtle about this book. Everything was straightforward in your face. Didn't like that.

Also, the typos in here are insane. It's like the author wrote this at first with third person POV, then decided to change it to first person but she missed changing some of the references. It was really distracting and jars you out of the story and honestly that kind of crap is just plain sloppy.

On the plus side, I liked the fae elements in the story (I got very low key Fever world vibes at some points). Probably won't be reading the next one though, cuz I just don't care enough about this couple.

It was definitely a slow burn romance that had me frustrated because I just wanted them to be happy together! However, I still enjoyed the book and the world building and look forward to the continuation of the series.

Always V
5,0 van 5 sterren Surprisingly Captivating!
22 september 2019 - Gepubliceerd op Amazon.com
Geverifieerde aankoop
So crazy in love with the HEA couple! So mesmerized and captivated by this world! I honestly couldn't put this book down! Hight fantasy! High romance! Grabbed my heart, squeezed it tight and wouldn't let go! And then broke it into pieces. Loved the author's take on the Fae, the Unseelie and more.

What surprised me the most was I actually thought I wouldn't find anything new about this world. What was I thinking? I shouldn't have doubted one of my favorite authors, who always delivered.

Prince of Evernight Thiago would give up his kingdom and his life for his love. Princess Iskvien would bargain and ready to destroy the world or let the world be destroyed for her love. I couldn't wait for the next book and the finale! The thought of all the battles to come would be driving me crazy while waiting!