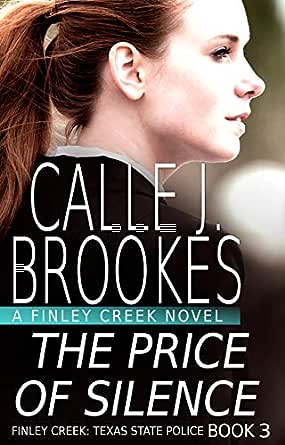 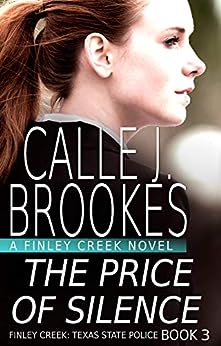 She was the one who had always done the protecting…

Melody Beck has spent her life taking care of others—especially her younger sisters. She fails when her sister Brynna is attacked by a band of killers. All signs point to the richest man in Texas, billionaire Handley Barratt, as being the mastermind behind the attack.

Going after Handley Barratt is going to be the hardest thing this former TSP detective has ever done. In more ways than one.

Going after Handley Barratt means dealing with his son—the one man she is still trying so hard to forget.

The world is claiming his father is a killer…

Houghton Barratt knows the media outlets are lying. His father is an good man and he'd raised Houghton to be the same. The only way Houghton can fix this is to go after the woman accusing his father—even if his own plan isn’t exactly honorable. Instead of Brynna Beck he finds her older sister Melody.

Melody—the very woman Houghton has been trying to forget for the last eighteen months.

He needs her help and he isn’t leaving without Melody—whether she wants to go with him or not.

But as Houghton schemes and manipulates to get Melody back in his arms where she belongs, the real mastermind responsible for the Marshall murders is getting closer.

Only this time he's focusing on Melody and the sisters she'd do anything to protect.

Now she has no choice but to work with the man she has never forgotten--the one man who changed her entire world in an instant.

AshleyC
1,0 van 5 sterren Disappointed in the H and h
10 april 2019 - Gepubliceerd op Amazon.com
Geverifieerde aankoop
I was disappointed with this book...the others I have liked so far, but this one just really made me angry. So this guy kidnaps her, drugs her, scares the crap out of her, forces her to marry him by threatening her sisters, re-injures her, obviously doesn't care about her emotional distress, all while claiming he cares about her and has wanted her for 18 months. Who threatens the family of the person you care about? And also, he keeps complaining about her "running out on him" 18 months ago, but did he ever look for her?? NO, he didn't...but he complains about it constantly, and the guy obviously has more money than God so it isn't like he could't have found her, and tried to have a normal conversation with her before showing up at her house with duct tape and drugs. Who does that...psychos, thats who. Not to mention then he smears her name in the eyes of her family with all the stuff he leaks to the tabloids, all the while not explaining any of his motivations to her but still expecting her to fall for him and want to go along with him? But mostly, I was disappointed with her....she just goes along with it. Sure she verbally gives him hell, and succeeds in scratching him once, but just gives in to all his demands the entire time, and then she is suddenly ok with the whole thing. What the actual HELL. She was supposed to be a strong female character, but she was incredibly weak. He never pays for anything he did to her, he gets exactly what he wants in the end, and he feels only slight guilt about everything he put her through, thinking he was right the whole time. Im ok with the whole kidnapping trope, but not like this. This was over the top unbelievable. I don't know anyone that forgives this easily. I would have liked to see her at least push for a divorce, even if they did at some point get re-married, she should have made him work for it and try to make up for everything he did
Meer lezen
Een iemand vond dit nuttig
Vertaal recensie in het Nederlands

(ajk) avid reader
4,0 van 5 sterren A good ending to the trilogy
10 januari 2017 - Gepubliceerd op Amazon.com
Geverifieerde aankoop
While not the strongest novel of the three in the Finley Creek TSP trilogy, "The Price of Silence," definitely brought closure to all the unanswered questions, an end to the Marshall murders, and some peace of mind to all the characters.

The author took a strong storyline in book one and carried it through all three novels, leading to a strong ending and answers to all thee plotlines, major and minor.

This was another fast paced novel, for the most part. While some of the realism that existed in the other novels was missing on and off with this novel, it was still an enjoyable and engaging read.

A highly recommended novel and trilogy for any reader of suspense or romantic suspense novels.

HiLady
4,0 van 5 sterren Great series, however
3 september 2017 - Gepubliceerd op Amazon.com
Geverifieerde aankoop
This is a great series, but as another reviewer said, too much of a repeat at the beginning before the start of the real meat of the story. There is much to said of the editing...it's terrible! Sentence construction leaves much to be desired and the author should be ashamed of the publisher.
Meer lezen
4 mensen vonden dit nuttig
Vertaal recensie in het Nederlands

Ashley M Guthrie
5,0 van 5 sterren As always better than the last...
6 juli 2017 - Gepubliceerd op Amazon.com
Geverifieerde aankoop
I am so in awe of Calle J Brookes stories....I can immerse myself for hours with them. This books is one of my favs & I was excited to see what Mel's story held. I am so happy with the way this storyline was resolved & was thrilled to see some old familiar faces involved. I was anxious to see how Handley Barratt fit into the Marshall Murders & how Houghton himself was involved. Great writing yet again! Happy Reading!!!
Meer lezen
Vertaal recensie in het Nederlands
Ga naar Amazon.com om alle 27 recensies te bekijken 4,3 van 5 sterren
Terug naar boven
Over ons
Verkoop bij ons
We helpen je graag
© 1996-2020, Amazon.com, Inc. en dochterondernemingen