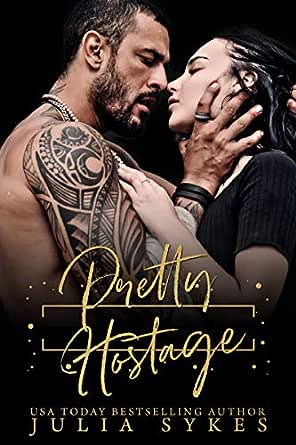 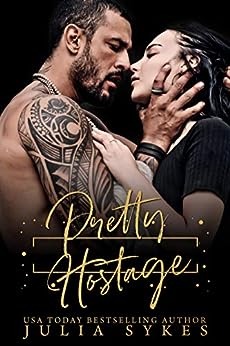 With those three words, my boss gives me a gift: permission to kidnap and keep the woman I've wanted for years.

Ever since we were teenagers, I've denied my desire for Sofia. Despite her father's involvement in running our cocaine empire, Caesar Hernández has carefully sheltered her from the brutal realities of our world. She's always been far too innocent and pure for me to drag her out of her charmed life and into my depravities.

But Caesar chose to betray my ruthless boss, Adrián Rodríguez. He'll have to prove his loyalty once again if he doesn't want any harm to come to his beloved daughter. I have her now, and he's well aware of my sadistic proclivities.

I tried to save her from this, but I can't fight my savage nature when Sofia is in my home and under my command. She'll learn to obey me unquestioningly if she wants to earn any of her freedoms back. Sofia's going to be my good girl, fulfilling all the dark fantasies I've suppressed for years.

I'll do whatever it takes to keep my pretty hostage. If anyone tries to steal her from me, I'll start a war to protect my most precious possession.

Sofia is mine, and I'll never let her go.
click to open popover

Jeanette Wolfe
1,0 van 5 sterren Pathetic and sick
11 december 2019 - Gepubliceerd op Amazon.com
Geverifieerde aankoop
The female lead is such an "innocent," or so moronically naive as to defy belief, or for me to buy in to the story line and care what happens to her. Surely NO ONE gets Stockholm Syndrome this quickly. I mean the guy kidnapped her, shoved a needle in her neck full of drugs, tied her up, and threatened her to control her father -- and we're supposed to believe this privileged daddy's princess wants him to pet her and comfort her within hours of her head clearing from her drug induced haze and learning of her new reality as a hostage and a gift from one drug dealer to another? You're kidding right?

Then we're supposed to believe she has the spine to get upset about him telling her to eat, and withholding her mobile phone? But when said baddy "punishes" her for her disobedience -- by laughably locking her in her room -- despite her being "righteously pissed off" she wants or hopes he'll stay so she won't be alone? REALLY??? The most backbone and brains the female lead, Sophia, shows is when she admits, "And I’d definitely been acting like an idiot to enjoy cooking breakfast with Mateo, my unbending jailor."

The characters are so implausible, inconceivable, and preposterous that it is really hard to get invested in either the characters or the story line. Sophia is just so weak and pathetic, cuddling up to her jailer within hours of being kidnapped, I can't like her -- she's too weak, insipid, and pathetic for me, too naive to a degree she seems mentally deficient. I like my female leads with more fight, more consistency and certainly more discernment. The hero is a pervy, creep that seems more like a pedophile about to break loose than a hero so far, and has done nothing really to inspire a swoon or any panty-wetting. The treatment of the chosen subject matter, cartels, might have been more believable if the hero Mateo had been written like an enforcer that had grown a conscience because of his attraction to the girl, but as it is, I'm not feeling him as romantic or desirable at all. I'm sure I cannot recommend (or deal with) this level of drivel. In truth the selection of cartels and the subject matter, and the glorification of that despicable segment of our world is more dangerous than attractive -- this sort of character regularly traffic, rape, and kill women, students, and even children. While fiction should certainly contain a high level of fantasy it shouldn't distort real evil and glorify this behavior by trying to make the people in the cartel life sound romantic. Maybe it is a good thing then that it fails so badly.
Meer lezen
10 mensen vonden dit nuttig
Vertaal recensie in het Nederlands

Tai-FantasyLandBlog
5,0 van 5 sterren Reviewed by Fantasy Land Blog
21 november 2019 - Gepubliceerd op Amazon.com
Geverifieerde aankoop
Pretty Hostage starts right where Stealing Beauty ends. So you need to read that story if you want to have an idea of what is going on. BUT to get into Pretty Hostage, you don't need to, so it is up to you. Although Stealing Beauty is free right now, so you have nothing to lose. :)

So on to Pretty Hostage. This whole series is a story on strong women and men that have a hard life but will protect them with everything they have. Sofia is young and does not know about her father's dealings. But now she has been kidnapped and put front and center of what her father has done.

Mateo is to keep Sofia safe, NOT touch her, and make sure that she keeps her head on straight. The problem is that Mateo has been in love with Sofia for years. How is he going to keep his hands off her when she is now living in his home?

Pretty Hostage is a beautifully written book. Pretty Hostage will keep you on your toes and in my case, keep you up late at night. Julia Sykes draws you into the world she writes and won't let you out until the last word. I can't wait until the next book!
Meer lezen
5 mensen vonden dit nuttig
Vertaal recensie in het Nederlands

Lucretia Paschall
1,0 van 5 sterren Very bad read.
17 november 2019 - Gepubliceerd op Amazon.com
Geverifieerde aankoop
This book gets a zero because of the damsel in distress routine and bad guys acting like cavemen. Telenovela TV try to write a book and when will I get my refund back.
Meer lezen
8 mensen vonden dit nuttig
Vertaal recensie in het Nederlands

Mateo has wanted Sofia for himself for a while and Adrian Rodgriguez (Mateo’s boss) just gave her to him! Adrian had kidnapped Sofia as a power play. BTW we got Adrian’s story in Stealing Beauty.

Even though it isn’t listed there are 2 other books that are connected to Pretty Hostage.

They are: Stolen Innocence (I believe it is a freebie) and Stealing Beauty. They both have pretty significant characters that play a part in Pretty Hostage.