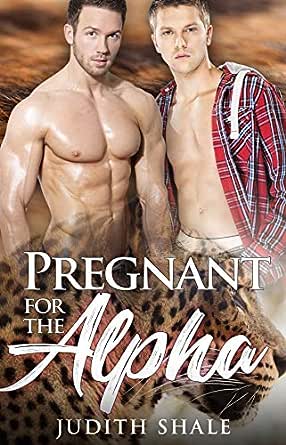 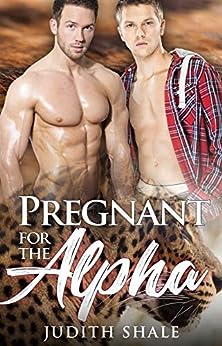 mainebookworm
4,0 van 5 sterren Comfortable story of alpha and omega and a baby (mpreg)
2 september 2017 - Gepubliceerd op Amazon.com
Geverifieerde aankoop
I believe this is first book I've read by this author. Well constructed story about a young man who moves to NYC as an aspiring screenwriter, but on his first visit back home to his small town, he meets and falls in love with the alpha of his local pride. There are twists and turns and the necessary HEA.
Meer lezen
2 mensen vonden dit nuttig
Vertaal recensie in het Nederlands

Isha W.
4,0 van 5 sterren 3.5 Stars
11 september 2017 - Gepubliceerd op Amazon.com
Geverifieerde aankoop
Okay book. Kind of different from other shifter book. There was no biting..which I love. There was no knotting..which I also love. But there was mates, so that was a plus. And I kind of wished something more was done to the brother, he got off way to easily.
Meer lezen
Vertaal recensie in het Nederlands

AnnA
4,0 van 5 sterren Alpha and Omega and More
30 augustus 2017 - Gepubliceerd op Amazon.com
Mikey is jaguar shifter and an omega. He is coming into heat and really wants to find his alpha. On returning home he is walking past the group leader Luke Waverley’s house when he collapses, overcome with his heat spasms. Luke comes out and collects him up taking him into his house and Mikey knows he has found his Alpha. The one problem he has is that Luke wants to begin a family immediately whereas Mikey wants to wait a while.
This is a very hot story. While not a fan of Mpreg, this is very well written and also very hot! There is more to the story than just Mikey finding his mate but also the problems Luke has with his brother wanting to take over.
All in all not bad way to spend an evening reading.
Meer lezen
5 mensen vonden dit nuttig
Vertaal recensie in het Nederlands

redbearny
4,0 van 5 sterren I have a Kindle copy of the book from Jan. 2018??
28 september 2019 - Gepubliceerd op Amazon.com
I started reading this book and by the end of page 15 something tickled my brain so I went to my cloud and sure enough I found that I had this book already! Not only did I have this book, but I had book 1 as well. But at the top of the Amazon page it did not say that I had purchased this book on such an such a date etc. ect. ect. And also no where in the description supplied by the Author/Publisher does it say if this is a re-release, an up-dated version, a new publisher or what. But I have Book one & Book two by the same Author which I bought #-1 April 2017 & #-2 January 2018. If you scroll down the Book descriptive page you will see that the Publication date is listed as "Sept. 24, 2019". Kind a sad that the Author and or the publisher did not advise us as to this fact! Most Authors/Publishers are honest enough to advise the consumers that this is a revised publication or a corrected publication or just an up-dated cover publication with no content revision. I am of course returning this book after I post my review. And before anyone asks me, yes I down loaded my version from 2018 and I read the first few pages and it read's exactly as this version from 2019! My copy says that it was Published in 2017 also. I don't know what else to say....I did enjoy Book's one & two and I hope that no one else gets taken advantage of with this mistake. I see that books 3 & 4 are now out I will be looking into them, however I will also make sure that I do not already have them on my cloud!
An avid reader in Rock Tavern, NY.
Meer lezen
Vertaal recensie in het Nederlands

mrs sarah frost
4,0 van 5 sterren I received an arc in return for an honest review
30 augustus 2017 - Gepubliceerd op Amazon.com
This is the story of Mikey, struggling scriptwriter, and Lukas, leader of The Pride, who's brother Joseph is trying to take over as he's married with children!
Mikey has a meeting with Herman, a movie producer, about his screen play which Herman says needs work! This upsets Mikey so he goes home to North Hanglake to spend time with his mum! After 5 season in heat his mum tells him that his mate is out there!
After meeting with his friends, Kaye & Peter (humans) and Tony, a shifter photographer Mikey gets this overwhelming feeling that his mate is close. Lukas finds Mikey, on the ground with Kaye, she tells Lukas that Mikey's in season and doesn't know what to do! Lukas takes control, scooping Mikey into his arms and taking him to his house! Mikey knows he's found his mate, but Lukas upsets him when he tells him that he wants to put a baby in him. He doesn't want a baby he's going to be a famous screenwriter!!!
There are plenty of twist and turns with both Joseph and Herman that keeps you gripped to the end.
A very enjoyable read.
Meer lezen
Een iemand vond dit nuttig
Vertaal recensie in het Nederlands
Ga naar Amazon.com om alle 37 recensies te bekijken 4,0 van 5 sterren
Ontdek het beste van shopping en entertainment
Gratis en snelle bezorging van miljoenen producten, onbeperkt streamen van exclusieve series, films en meer
> Ontdek Prime
Terug naar boven
Over ons
Verkoop bij ons
Amazon-betaalmethoden
We helpen je graag
© 1996-2020, Amazon.com, Inc. en dochterondernemingen