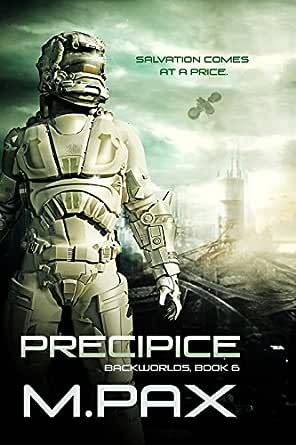 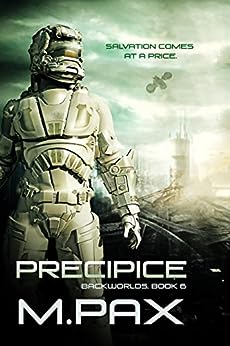 In the far future, humanity settles the stars, bioengineering its descendants to survive in a harsh universe. This is the sixth book in the science fiction series, The Backworlds. A space opera adventure.

The Backworlds hang by a Quantum string, a thread about to snap. Annihilation is coming if Craze can’t stop it.

The genocidal alien he had trapped breaks free, destroying a ship belonging to the Backworlds’ oldest enemy, the Fo’wo’s. The murderous alien wants to overtake the galaxy. The Fo’wo’s want another war.

The Backworlds’ best chance to survive is to overcome a century of hate and forge an alliance with the Fo’wo’s. Because of his history with the alien, Craze is recruited to represent his people. Now he’s the most hated man in the galaxy.

The looming war will be a holocaust unless Craze can stop it, knowing salvation comes at a price.
click to open popover

It wasn’t all that long ago that the Fo’ Wos and Back worlders fought a brutal war to a bloody stand still. Now the truce is being threatened by an outside force. A deadly alien presence is threatening to enslave the entire galaxy.

Only Craze and his odd band of associates has any real chance of stopping them. Still it will require cooperation of both the Fore Worlders and the Back Worlders.

Yeah, like that is going to happen most of the universe would cheerfully murder each other. Everyone knows this, but only Craze has the courage (or, is it stupidity?) to try and broker a peace treaty and mutual protection alliance.

This book is an emotional rollercoaster worthy of the genera. I can hardly wait for the next in the series.

Christine Rains
5,0 van 5 sterren Superb space opera
10 oktober 2015 - Gepubliceerd op Amazon.com
Geverifieerde aankoop
A war hangs over Craze's head. A fearsome alien is poised to destroy the Backworlds and worlds beyond it. Yet the only hope for victory is for Craze to forge an alliance with the Fo'wo's. He doesn't know who he loathes more: them or the alien. His own people hate him for attempting an alliance and his friends are getting backlash from it. Can Craze bury his hatred to ally with the Fo'wo's or will their mutual enmity ensure their decimation?

This is the sixth awesome book in the space opera series The Backworlds and my favorite so far. I was hooked from the start, drawn tight with the tension, and holding my breath with the suspense. Excellent writing with superb characterization and plotting. I love it that I'm so easily transported into the far future, into the Backworlds, filled with wonderfully strange beings who all sprang from human beings.

Each of the characters we have grown with are faced with immensely difficult choices. My favorites are Rainly and Craze. Such different paths and yet admirable in their loyalty. Their struggles pulled at my heartstrings.

I can't wait for the next book in the series!
Meer lezen
Vertaal recensie in het Nederlands

Murcielago Chica
5,0 van 5 sterren Expand your horizons!
21 mei 2018 - Gepubliceerd op Amazon.com
Geverifieerde aankoop
Book #6 takes Craze on a roller coaster of changes! He is no longer the whiney little, self absorbed brat that got the boot off hos home world. He and his friends are making drastic changes to save their world!
I have read a number of books written by M. Pax; The Backworlds series, the first 4 books in the Rifters series (waiting patiently for the next book) and a few of her short stories. I love the way she tells her stories, her style! Her short are incredibly crafted. M. Pax is a creative and talented story teller and you should let yourself be swept up in her words and her worlds!
Meer lezen
Vertaal recensie in het Nederlands

Kendrik Richmond
5,0 van 5 sterren The Story Keeps You on the Edge
24 mei 2019 - Gepubliceerd op Amazon.com
Geverifieerde aankoop
Everything has blended together perfectly from previous books. I love how all the characters are massively different with each of their greatest weaknesses turning into their strengths that will hopefully save everything. The plot continues to thicken and doesn't take any convuluted turns. Pauder whom I wasn't sure about in Book 2 has been a great father to his "son" and "daughter", I must say he is my favorite character (Meelo aside). Please support the author!!
Meer lezen
Vertaal recensie in het Nederlands

Jeff Slover
4,0 van 5 sterren Mpax delivers anither one
23 maart 2018 - Gepubliceerd op Amazon.com
Geverifieerde aankoop
I have enjoyed the series. Her detailed descriptions of characters and places helps to fill in the universe she has created for the people who live in it. Book 6 continues the series moving forward in a direction not fully expected. It leaves you with a mixed feeling for the future if the characters, and me glad that the next book is in my queue to start now!
Meer lezen
Vertaal recensie in het Nederlands
Ga naar Amazon.com om alle 27 recensies te bekijken 4,4 van 5 sterren
Terug naar boven
Over ons
Verkoop bij ons
We helpen je graag
© 1996-2020, Amazon.com, Inc. en dochterondernemingen