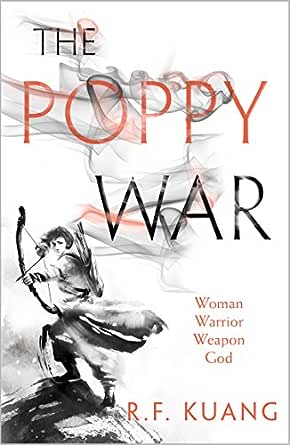 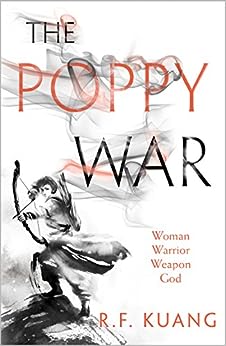 Winner of the Reddit Fantasy Award for Best Debut 2018

A brilliantly imaginative epic fantasy debut, inspired by the bloody history of China’s twentieth century and filled with treachery and magic.

When Rin aced the Keju – the test to find the most talented students in the Empire – it was a shock to everyone: to the test officials, who couldn’t believe a war orphan from Rooster Province could pass without cheating; to Rin’s guardians, who had hoped to get rich by marrying her off; and to Rin herself, who realized she was finally free from a life of servitude. That she got into Sinegard – the most elite military school in Nikan – was even more surprising.

Because being a dark-skinned peasant girl from the south is not an easy thing at Sinegard. Fighting the prejudice of rival classmates, Rin discovers that she possesses a lethal, unearthly power – an aptitude for the nearly-mythical art of shamanism. Exploring the depths of her gift with the help of psychoactive substances and a seemingly insane teacher, Rin learns that gods long thought dead are very much alive – and that mastering these powers could mean more than just surviving school.

For while the Nikara Empire is at peace, the Federation of Mugen still lurks across a narrow sea. The Federation occupied Nikan for decades after the First Poppy War, and only barely lost the continent in the Second. And while most people calmly go about their lives, a few are aware that a Third Poppy War is just a spark away…

A powerful epic fantasy novel with roots in the 20th-century history of China.

Opium runs through the heart of the Nikara Empire, a constant reminder of the war with the Federation of Mugen that brought it to the empire's shores. A war that only ended thanks to three heroes - the Vipress, the Dragon Emperor and the Gatekeeper - known as the Trifecta. They were legendary figures, each bestowed with god-like powers, who united the warlords of the Empire against the Federation.

Decades have passed. The Trifecta is shattered; the Dragon Emperor is dead, the Gatekeeper is missing, and the Vipress alone sits on the throne at Sinegard. Peace reigns, yet the poppy remains.

War orphan Fang Runin grew up with it. Her adopted family smuggles it throughout the Rooster province, making a living on the misfortune of those addicted to its smoke. But when Rin's parents force her into an arranged marriage, Rin refuses to accept her fate and fights her way to the prestigious military academy at Sinegard.

There she will learn of drug-fuelled shamanic powers thought to be myth, powers which might defeat the Federation during its third invasion. But the cost of some power is too great to pay, even if it means winning a war that threatens to destroy an entire nation.
Alle bekijken

Linda
5,0 van 5 sterren The poppy war
12 februari 2019
Indeling: Kindle-editieGeverifieerde aankoop
The first chapters were an bit hard to get threw, chapter 5 made me an bit uncomfortable but it’s an good book,
It’s an war book, and everything cruel and gruesome you can think of, and worse will be described in the book.

As you get to meet Rin as an girl in the beginning of the book, you will see her grow as an harsh women who tries to stay sane, the choices she has to make, the harsh things that happen to her, it’s mind blowing, and when you are reading you get sucked in the story and you don’t want to stop reading, because you want to know what happens next.

If you want to read an book that’s different, gruesome and you don’t mind that it is harsh, and will take your emotions all over the place, than I really recommend this book...

When I was at chapter 14 I said I did not want to read the next book... but I really changed my opinion and need the next book..
Meer lezen
Nuttig
Commentaar geven Misbruik melden
Vertaal recensie in het Nederlands
Alle 1 klantenrecensies bekijken
Klantenrecensie schrijven
Terug naar boven
Over ons
Verkoop bij ons
We helpen je graag
© 1996-2020, Amazon.com, Inc. en dochterondernemingen