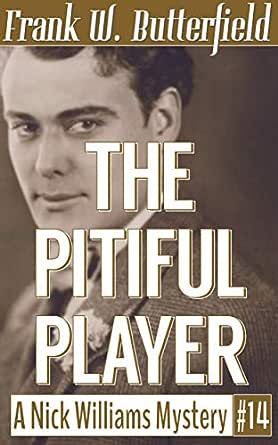 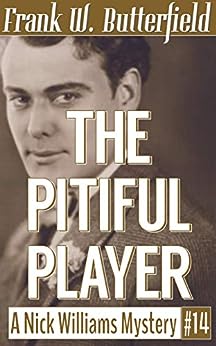 Ben White, a movie producer working on Nick's dime, is ready to show off what he's been up to, so Nick and Carter head to Hollywood to see what there is to see and, to be polite, it stinks.

Ben's director has an idea and he says it's gonna make Nick even richer than he already is.

But, before they can start the cameras rolling, leading man William Fraser is found murdered at the lavish Beverly Hills mansion of seductive silent screen star Juan Zane. Carlo Martinelli, Ben's lover, is arrested and charged with murder even though everyone in town knows he's innocent, including the District Attorney.

Meanwhile, the Beverly Hills Police Chief makes sure that Nick knows that his kind of help isn't wanted in the posh village, home to some of Hollywood's most famous stars. The chief is running a good, clean, wholesome town, after all.

From Muscle Beach to Mulholland Drive, Nick and Carter begin to piece together the clues that point to who did it and why. Somehow they manage to do so in the sweltering heat and noxious smog of the Southland.

In the end, however, will anyone be brought to justice? It's Hollywood, so you'll have to wait for the final reel to find out.

John Johnson Jr.
5,0 van 5 sterren Williams & Jones Part 14
18 september 2017 - Gepubliceerd op Amazon.com
Geverifieerde aankoop
Nick Williams and Carter Jones are a pair of private investigators in the mid-1950s. And they're husbands. Each book in the series focuses on a stand-alone mystery, but the revolving (and ever-growing) cast of characters recurs to ensure Nick and Carter are safe and that the evildoers get what’s coming to them.

This time out, the guys are in Hollywood, where a friend has been accused of a crime nobody believes he committed. That murder mystery serves to drive the story, but it isn’t the reason you’ll enjoy this entry into Mr. Butterfield’s reliably fun series. With cameos from several big name stars of 1955 and a soundtrack of popular tunes, Nick, Carter and the gang at Consolidated Security maneuver their way through a charity ball, a murder, several unhelpful and unfriendly law enforcement officers, and a surprising family development.

To avoid spoilers, I’ll just say this: buy the book. It’s a quick read, and there are many memorable and moving scenes. I'm looking forward to book 15!

silvia
5,0 van 5 sterren Another winner
31 december 2019 - Gepubliceerd op Amazon.com
Geverifieerde aankoop
This book takes Nick and Carter down to Beverly Hills where they are hot on the trail of another mystery that involves the murder an up and coming actor. We get all the bells and whistles of a whodunnit plus more layers of Nick and Carters relationship. There were also bursts of jealousy from both of them that had me chuckling plus lots of action and more of Nick’s matchmaking. It doesn’t get any better than this. Love love loved. Another winner from one of my fave authors.
Meer lezen
Vertaal recensie in het Nederlands

Ld572000
5,0 van 5 sterren Excellent Series
1 oktober 2017 - Gepubliceerd op Amazon.com
Geverifieerde aankoop
As always a well written story, that picks up where the proceeding one ends, but u should read these in order otherwise u will lose the continuity of the story. The very f I rest book is Enchanted Beginning and if ur able read that one first, even though it was written well after the other books in the series. These books build one on top the other and am looking forward to the continuation of the stories.
Meer lezen
Vertaal recensie in het Nederlands

Geoff Whitwell
5,0 van 5 sterren The series keeps getting better
29 september 2017 - Gepubliceerd op Amazon.com
Geverifieerde aankoop
I love the way new characters get seamlessly introduced into the storey. It's hard not to feel apart of Nick and Carters extended family as the plot thickens and evolves. A lot is packed into the storey and it's hard to believe that the events occur over such a short timeframe. It's a great mystery.
Meer lezen
Een iemand vond dit nuttig
Vertaal recensie in het Nederlands