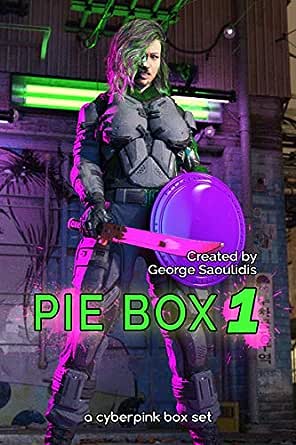 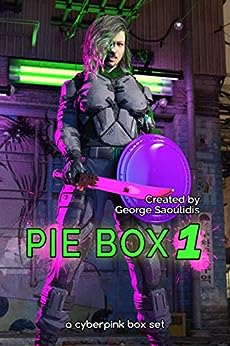 Rollerball meets GLOW in this bloody mess of a sport story.

Pickle Pie: When a bankrupt armourer ends up owning a second-rate jugger player, he decides to go for it. But will he manage to even turn a profit, when he knows little about the game and its seedy world, when the opponents play dirty on and off the field, and when the game's popularity grows with every player injury and death?

Do you wanna watch the bloody game of Cyberpink? Do you wanna meet Pickle Pie? Then read this exciting story where popularity is queen and blood runs pink.

Cherry Pie: Hector has formed his team and is now the proud owner of two Cyberpink athletes. He still has no clue what to do and how to move forward, and the enemies he has already made are trying to elbow him out of the game before he even gets to the starting line. Cherry acclimates to her new home, and Pickle's past comes back to bite her in the butt.

Will the newly-formed team manage to win their first match? Can Pickle keep her secret? Find out in the second book of this exciting story where popularity is queen and blood runs pink.

This is book 1 of the Cyberpink Box Set series. Find more stories and tidbits on https://cyberpinktournament.com