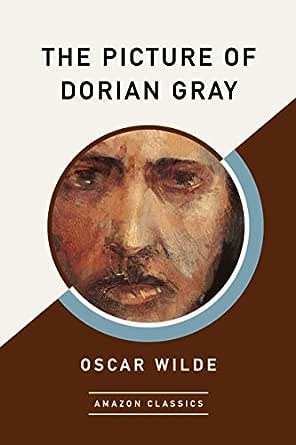 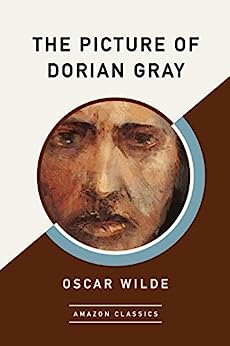 In the wealthy and vain hedonist Dorian Gray, London painter Basil Hallward has found his muse. Only when the portrait of Dorian begins to age, while the man himself remains untouched by time, do they realize they may have made a deal with the devil.

Oscar Wilde’s only novel takes a witty, philosophical, and harrowing look at our obsession with youth and the price we pay for it.

D.Dunstock
5,0 van 5 sterren One of the Best I've Ever Read
22 april 2017 - Gepubliceerd op Amazon.com
Geverifieerde aankoop
This was easily one of the best books I have ever read. This book was written over a century ago and still remains popular and insightful. Oscar Wilde’s perception of humanity is, in my opinion, spot on. Every word of this book has depth and meaning.
I absolutely despise Dorian Gray, but I am sure that was Wilde’s intention. How could you like a man that is so selfish, narcissistic, and obsessed with his own youth and beauty at the cost of all others around him? Dorian truly represents the ugliest that humanity has to offer, and I am happy that he pays for his sins in a fairly poetic nature.
To lighten the serious tones of this book is Lord Henry, easily my favorite character. Nearly every line he speaks is a life-quote and his character gives insight to Wilde’s own thoughts regarding the world and the people in the world. A few of my favorites:
“To live is the rarest thing in the world. Most people exist, that is all.”
“The only way to get rid of a temptation is to yield to it. Resist it & your soul grows sick with longing for things it has forbidden itself.”
“Some things are more precious because they don’t last long.”

I liked this book so much that I want to re-read it immediately :).

Ms. Gabriela R.
3,0 van 5 sterren ISBN 1452896305 is not professionally put together
1 november 2016 - Gepubliceerd op Amazon.com
Geverifieerde aankoop
I am getting very tired of ordering what I think are professionally prepared books and finding that they are print-on-demand works probably put together by one person that do not adhere to certain standards of the book industry.

In this case, the title refers to "other writings" but it does not seem to contain any other writings. In any case, it is hard to tell because there is no table of contents. Chapters do not begin on a new page but (to save money) a new chapter will begin anywhere on the page.

Margins are very close to the edges of the pages, again to save money.

Most troubling, the original Bantam edition was about 450 pages; this edition is 190 pages.

So, I would recommend you go with a name brand publisher instead of ordering this version.

Why did I not give it one or two stars? Because I did not notice typos and the entire text of "The Picture of Dorian Gray" appears to be contained here, plus the front and back covers, which contain old portraits of the author, are attractive.
Meer lezen
132 mensen vonden dit nuttig
Vertaal recensie in het Nederlands

Shannon M. Mcgee
5,0 van 5 sterren Art Painted In Words
11 mei 2018 - Gepubliceerd op Amazon.com
Geverifieerde aankoop
he Picture Of Dorian Gray starts out with the artist who is painting the title character, Dorian Gray. The artist is enthralled with Dorian’s beauty and a sense of innocence. The artist, Basil, introduces Dorian to a friend, Lord Henry, as he sits for the portrait. Some could say that Lord Henry introduces Dorian to a life of no morals and selfishness. As the lord is the first to mention that the painting will always be a picture of Dorian forever young and the real Dorian will grow old. In a way, this stimulates Dorian to announce his wish to give his soul for the reverse.

This was my second time trying to read TPODG. The first time I just could not get into it. This time, I can not figure out what made me not want to read it. The story is beautiful. Oscar Wilde’s words paint a portrait of its own. It is written in this mesh of Victorian and Contemporary. So for me that makes it easier to relate to. The words are not like reading Shakespeare.

I am not good at critiquing books and getting into every metaphor, or meaning behind it all. When I try that with a book I can’t enjoy it. So I just read, and from the beginning, I could tell this was going to be a new favorite author. This coming from a reader who is not a fan of many classics...but I keep trying and here I found one I loved.

I bought the book of the complete works of Oscar Wilde and will be next reading The Canterville Ghost. I can not gush enough how much I loved this book. I am curious now to watch one of the movie version of Dorian Gray because I never have.
Meer lezen
12 mensen vonden dit nuttig
Vertaal recensie in het Nederlands

Rachel_NYC
3,0 van 5 sterren Different than what you might be expecting . . .
23 augustus 2015 - Gepubliceerd op Amazon.com
Geverifieerde aankoop
My quick takeaway before a lengthier review: If you're expecting a thrilling and entertaining read like I was, you'll probably be disappointed (or at least surprised). In reality, the book moves very slowly, not all that much actually happens, and large chunks of it felt like bit of a chore to get through. A number of reviewers who disliked the book to varying degrees mention that it could have been condensed into a short story or novella to much better effect, and I tend to agree; tightening it up it would have made it a far more enjoyable read, I think. But although it wasn't the engrossing, suspenseful, edge-of-your-seat book I thought it would be based on on its reputation and what I knew of the concept, it's still a book that I'm ultimately glad to have read, and one that made me think quite a bit.

My main gripe with the book is that there is a great deal of repetition in the story, to the point of complete tedium. Over and over, in the same language, we hear of Dorian's outer beauty and its effects on everyone around him, of Dorian's waning character (although we're only told how bad he's becoming, but are rarely invited in to actually see his misdeeds unfolding), and, especially, of the hedonistic ideals Lord Henry constantly espouses. Henry just seems to prattle on endlessly throughout the whole book, never changing and immediately quashing with some cynical bon mot anything that might be identified as real human emotion or experience expressed by Dorian (or any other character). This is not a book in which much actually ever happens. There are a few key events that occur, and then most of the rest is just people hanging around at dinners and parties, talking about nothing. There's also a strange chapter devoted almost entirely to descriptions of the jewels, tapestries and perfumes with which Dorian becomes obsessed.

After a while, the repetition as well as all the florid descriptions of the aforementioned luxuries (as well as every room and party and dress and person to whom we're introduced), becomes incredibly tiresome. It all seems to blend together in one endless, meaningless and shallow blur . . . which isn't the most fun to wade through, but at the same time is quite effective in impressing upon the reader the kind of ennui and emptiness that this materialistic and frivolous sliver of society seems to have produced to different effect in all of its central characters. And so in that sense, I wonder if the book does in fact succeed brilliantly in painting a picture of how superficial these characters' lives are, and how, devoid of any real meaning, they spin out of control chasing ridiculous passions and vices, or otherwise completely stagnate.

All things considered, I'm still trying to puzzle out whether the things I disliked about the book while reading it are actually part of its brilliance, or if it just really could have used some editing down to make for a more enjoyable experience without losing anything essential to the core of the story. It's a very short read and despite my issues with it, I'd still recommend giving it a try and deciding for yourself what you make of it all!
Meer lezen
15 mensen vonden dit nuttig
Vertaal recensie in het Nederlands
Ga naar Amazon.com om alle 3.123 recensies te bekijken 4,2 van 5 sterren
Terug naar boven
Over ons
Verkoop bij ons
We helpen je graag
© 1996-2020, Amazon.com, Inc. en dochterondernemingen