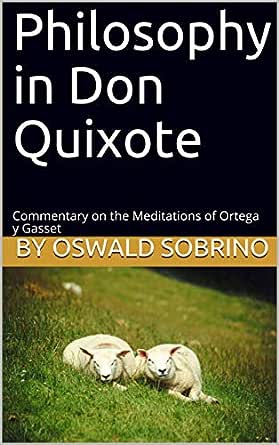 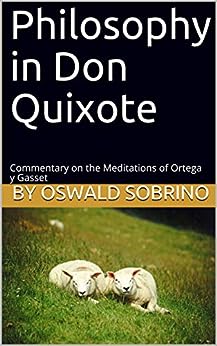 This small book is a commentary on the first published book of the Spanish philosopher José Ortega y Gasset in which he draws philosophical insights from the classic novel Don Quixote by Miguel de Cervantes (1547-1616). José Ortega y Gasset (1883-1955) was a Spanish philosopher who anticipated many of the themes of later, more famous existentialists such as Heidegger. In the Meditations on Quixote (1914), Ortega anticipates many of the philosophical ideas that he developed during the rest of his life. Reading Ortega's insights will deepen your experience of daily life as you learn to think philosophically about your circumstance.

Oswald Sobrino is a Ph.D. student in Latin and Roman Studies in the Classics Department at the University of Florida, with interests in ancient Roman slavery and Seneca the Younger. He is also interested in and has written on the philosophy of José Ortega y Gasset. You can browse on this page a now available book series on Ortega y Gasset: Freedom and Circumstance (2011), Philosophy in Don Quixote (2015), Technology and Human Existence (2019), and Mass Mentality: Updating Ortega's Revolt of the Masses (2019)
click to open popover

Sam Eaton
3,0 van 5 sterren Misses Cervantes experience in War
25 december 2016 - Gepubliceerd op Amazon.com
Geverifieerde aankoop
I've actually made the effort to read Don Quixote in Spanish. But, my Spanish isn't quite up to that. I've also long been an admirer of Ortega y Gasset and Miguel de Cervantes Saavedra and his book Don Quixote. As a Sailor who has seen combat in the Vietnamese Mekong Delta and eventually retired as a US Army National Guard Soldier, I think that the good professor and Ortega y Gasset missed a lot of the Naval Infantry(Marine) a lot of the Soldiers view that Cervantes definitely had. I think that a read of the recently released book "For Two Cows I Ain't Half-Bad: the memoir of a young girl in the Vietnam War" could give Professor Sobrino a much better view of War, it's absurdity, reality and general nastiness. Note the book was written by my wife. Her war was much tougher than mine.
Meer lezen
Vertaal recensie in het Nederlands
Ga naar Amazon.com om alle 1 recensies te bekijken 3,0 van 5 sterren
Terug naar boven
Over ons
Verkoop bij ons
We helpen je graag
© 1996-2020, Amazon.com, Inc. en dochterondernemingen