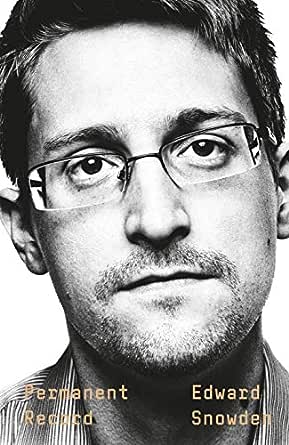 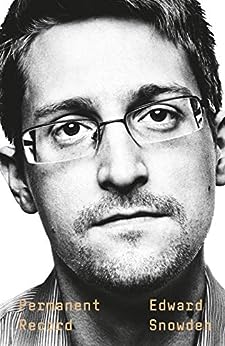 "A riveting account... Reads like a literary thriller... Snowden pushes the reader to reflect more seriously on what every American should be asking already. What does it mean to have the data of our lives collected and stored on file, ready to be accessed--not just now, by whatever administration happens to be in office at the moment, but potentially forever?... When it comes to privacy and speech and the Constitution, his story clarifies the stakes."
--The New York Times

"Gripping... Snowden demonstrates a knack for explaining in lucid and compelling language the inner workings of [CIA and NSA] systems and the menace he came to believe they posed."
--The Washington Post

"Snowden eventually decided his loyalties lay not with the agencies he was working for, but the public they were set up to protect. He felt ordinary citizens were being betrayed, and he had a duty to explain how.... His account of the experiences that led him to take momentous decisions, along with the details he gives of his family background, serve as a robust defense against accusations that he is a traitor."
--The Guardian

"Even for those of us who've followed the Snowden revelations closely, Permanent Record is full of surprises.... A deeply reluctant whistleblower, Snowden also emerges as a peculiarly American patriot, with roots that go back to Plymouth Rock.... As his memoir makes clear, all the techniques he exposed in 2013 remain in place. For that renewed warning--and for finally speaking for himself--he deserves our thanks."
--The Nation

"Well-written... Snowden's descriptions of the real impact of the various surveillance systems he disclosed--stripped of abstract concepts and technical jargon--are some of the most disturbing parts of the book.... Offers a useful reminder of the god-like omniscience that digital data can bestow on those with the power to collect it all."
--The Economist

"Snowden's book is straightforward, admirably so.... Having gazed through the windows of the panopticon, he experienced that rarity, a moment of vision: The world must be told these things I know. Against absurd odds, he delivered his knowledge to us. Now he proposes to explain to you, by first explaining to himself, how he became (both how he was formed, and why he chose to become) the person playing this watershed walk-on part on the recent historical stage."
--Jonathan Lethem, The New York Review of Books

"An extraordinary book... A riveting blend of spycraft as Snowden painstakingly figures out how to confirm his suspicions without tipping off his bosses, and a brilliant ethical treatise as Snowden reveals the reasoning that took him from each step to the next... The best proof yet that Snowden is exactly what he appears to be: a gung-ho guy from a military family who believes deeply in service and the values embodied by the US constitution, who explored multiple avenues of squaring his oath to uphold those values with the corrupt and illegal practices he saw around him, and worked out a breathtakingly bold and ambitious plan to do what no one else had ever managed: to expose wrongdoing in a way that provoked sustained interest and sparked action."
--Cory Doctorow, BoingBoing

Edward Snowden, the man who risked everything to expose the US government’s system of mass surveillance, reveals for the first time the story of his life, including how he helped to build that system and what motivated him to try to bring it down.

In 2013, twenty-nine-year-old Edward Snowden shocked the world when he broke with the American intelligence establishment and revealed that the United States government was secretly pursuing the means to collect every single phone call, text message, and email. The result would be an unprecedented system of mass surveillance with the ability to pry into the private lives of every person on earth. Six years later, Snowden reveals for the very first time how he helped to build this system and why he was moved to expose it.

Spanning the bucolic Beltway suburbs of his childhood and the clandestine CIA and NSA postings of his adulthood, Permanent Record is the extraordinary account of a bright young man who grew up online – a man who became a spy, a whistleblower, and, in exile, the Internet’s conscience. Written with wit, grace, passion, and an unflinching candor, Permanent Record is a crucial memoir of our digital age and destined to be a classic.

HansvB
5,0 van 5 sterren Excelent
20 oktober 2019
Indeling: Kindle-editieGeverifieerde aankoop
This book is written as an adventure, it takes you throug the events and experiences that lead to the couragous act of exposing our worlds worst disease.
It is an comprehensive page turner.

DisneyDenizen
5,0 van 5 sterren INFORMATIVE ENJOYABLE READ
18 september 2019 - Gepubliceerd op Amazon.com
Geverifieerde aankoop
Edward Snowden is an exceptionally polarizing person. Some view him as a hero. Others view him as a traitor to our country. These two positions exist in my own household and are defended vehemently.

I view him as a hero, a man who gave up life as he lived it to provide the American public and the world with the truth. This is a man who truly made a difference with his life.

This book, written by Snowden himself, is well written, intelligent, informative, and entertaining. It reads like you're sitting down listening to your best friend tell his life's story.

Root Digger
3,0 van 5 sterren Good on the technical, poor on the prose
18 september 2019 - Gepubliceerd op Amazon.com
Geverifieerde aankoop
Firstly, I'm an admirer of Snowden and think what he did was a great service to the whole world. His book, not so much. Snowden is not a professional writer and it shows. Snowden is at his best when writing technical journals and less so when writing prose. I thought that his attempts at humor mostly fell flat. The first 82 pages recounted his unremarkable childhood which was little different than yours or mine which to me anyway was a bit boring, just like ours. A good editor could have shrunk this to less than 25 pages. Chapter #9, "X-Ray", was about his time in boot camp which anyone who has ever gone through boot camp would recognize and it was well-done. The book started to come alive in Part Two and had me hooked by chapter #13, "Indoc".. By the time Snowden got to the actual workings of the NSA, CIA, and all of their subcontractors and how the system works I couldn't put the book down. My copy came on Weds and I read through the night and finished it today (Thurs) Had I just the first 80 pages I would have rated the book 2 stars or the final 250 pages, 4 stars.. I think 3.5 would be fair but Amazon doesn't allow us to split stars.. I think Snowden's editor failed him..
I

alvin myers
5,0 van 5 sterren Enlightenment from Snowden
18 september 2019 - Gepubliceerd op Amazon.com
Geverifieerde aankoop
This is a story that must. reach the heart of America . True evil loves to take the form of patriotism and religion as our current Trump administration revealed. The Snowden family has proved for generations their values.
Meer lezen
236 mensen vonden dit nuttig
Vertaal recensie in het Nederlands

Ronald E. Parsons
4,0 van 5 sterren Snowden's New Book Is Worth Reading In Order To Understand His Actions.
18 september 2019 - Gepubliceerd op Amazon.com
Geverifieerde aankoop
The Wall St. Journal reviewed <Permanent Record> yesterday, the same day I received the book. I can say that the review was such that it wouldn't have caused me to skip the book. Had I failed to read it (the book) I would have missed such as pg. 230 et deinceps, (1), Congress abrogated its responsibility to the American people, (2), the judiciary became in effect, a rubber stamp for NSA, CIA, FBI etc., and (3), James Clapper testified to Congress that nothing fishy was going on, which was "a bald-face lie . . . not just to Congress but to the American People." Not that I didn't already know this, but Snowden's words helped solidify the facts in my mind.

Snowden tells his readers about his life and family prior to the rukus he caused. I found it informative that both his parents were Gov't-cleared vis-a-vis state secrets, and that one of his grandfathers was an admiral. He took a lot of ribbing over his (then) Southern accent at school in the North; and he was bored by school. His high-school determined that he had to repeat a year. That decision was ridiculous as was soon proven when he was admitted to college without a high school diploma. If Snowden told us his IQ, I missed it. But to readers it should be obvious that it is in the genius range.

Since Snowden's blowing the whistle, I have believed that the U.S. had no reasonable expectation that their comprehensive spying could have been kept secret. I believe that the folks (enemies) who count already knew what was going on. It was the American people who didn't know. I also believe that the people deserved to know the extent that they were being spied on. I'm reasonably sure that like me, many people now have limited trust in the info-gathering agencies, particularly the FBI. I believe that the fact that there would be so much private information available to Gov't. agencies, that elements of them would not be politically capable of ignoring its being there. Just by observing how the Democrats (and Washington Post and NY Times have used fake news to harass Trump and Kavanaugh unmercifully, I am convinced that they would soon have mined all that info stored in Gov't. warehouses for their own political advantage, all the while telling themselves that they were engaging in protecting national security.

At the moment I believe that Snowden performed valid service to the American people. One of the reasons I (and probably many others) fault the 'troops' in the FBI (in addition to the managers) is that apparently none of them had guts enough to blow the whistle about what was happening.

Snowden's book is nothing to get overly excited about though he writes well. Nevertheless I found it very interesting. And even if the WSJ's reviewer believes that Snowden's purpose in writing it was to show his high ideals and concern for the American people; and even if that is so, so what? (By the way, the book has no index).

One more thing: The fact that none of those high ranking persons in the intelligence business, plus the involved leaders of the Democratic Party, have been tried and sent to the penitentiary for attempting a coup, tells me that indeed we do have good reason to believe that Snowden wasn't wrong and that the agency leaders and dodgy politicians were.