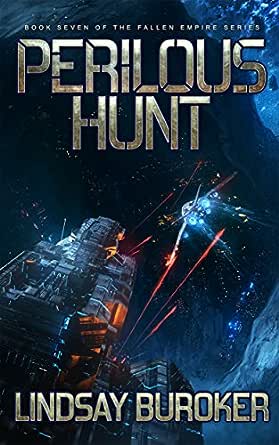 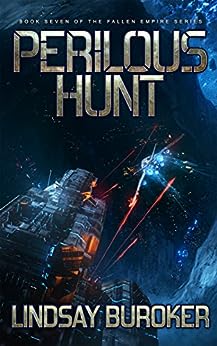 hummer
2,0 van 5 sterren The reviewers lied!
4 juli 2018 - Gepubliceerd op Amazon.com
Geverifieerde aankoop
This was not the ultimate book in the series that an answered all your questions. The ending was exciting but the rest of the book was a yawn and frankly Alias's habit of giving snarky remarks was just plain annoying. I mean, can't this woman EVER answer in a normal way? And I have to say, the cyborg lost his appeal as a man by acting like a hormonal teen. A real turn off. As a matter of fact, all the characters seemed a it won't. I don't think k it's really possible to keep a series going for 8 books and still make it interesting. It becomes a stretch as this book proves.
Meer lezen
3 mensen vonden dit nuttig
Vertaal recensie in het Nederlands

Jas P
5,0 van 5 sterren Perilous Hunt is the pivotal book of the series and the best in the series so far – Don’t Miss It!!
3 mei 2018 - Gepubliceerd op Amazon.com
Geverifieerde aankoop
This is probably one of the most pivotal books in the entire series, as Alisa desperately continues the hunt for Jelena. Of course, there are several other key plot lines running through the story and in this penultimate book of the series (ignoring Cyborg Legacy), Buroker does a superb job of wrapping up a few of them, resolving things that have been there since book 1. Of course, these open new plot lines, making it all the more interesting, and it is both clever and creative the way she weaves the storyline. This has been an outstanding series, one of the best I think I have ever read in its particular genre, and as it reaches the final books, Buroker does a brilliant job of closing off plot lines we so desperately want to know about, but leaves others (or creates others) for a future spin off series.
Alisa and the crew are in the Kir Asteroid belt trying to find Jelena and the other Starseer children Thorian amongst them. The Alliance, the Empire remnant, as well as the Treasure Hunting Androids are all there as well, looking for the children (well Thorian really), as well as the Staff of Lore.
The Alliance is also seeking Admiral Tiang, who they wrongly believe that Alisa and her crew have kidnapped, even though the eccentric Scientist is onboard just researching as it is the best place for it according to him.
With a critically injured Ostberg as well, Alisa is very conscious that time is running out, that she has to find her Daughter and get out of there, before they are captured, killed or worse.
She still has to try and live up to her promise to Abelardus as well, to help retrieve the Staff of Lore from Tymoteusz, although as far as she is concerned, that would only be to destroy the stupid thing.
In the middle of all of this, she is still trying to kindle her relationship with Leonidas, and convince both him and Tiang to do the surgery to reverse what was done to him by the Empire in the hope of returning his sexual function, but also to try and make it so he can sleep without horrific nightmares.
As I said, this is an intense and pivotal story, full of multiple major plot lines, some of them that get closed, some still to be closed, some that are modified in ways you don’t see coming.
Perilous Hunt is probably the best book of the series so far, and if you have been reading them, this is the one to read. If you are looking for a great series that will absorb you, with exceptional characters, cool tech, some absolutely brilliant humour, outstanding combat scenes, both on the ground and in space, but the combat between the Cyborg Leonidas and whatever gets in his way is just so well written, you feel like you need to go hide in a corner and watch from there. People keep comparing this to Firefly, and yes, I am a diehard Firefly fan (I still can’t believe some idiot cancelled it), but I think Fallen Empires is better, it has a stronger range of characters, more depth, and better storylines. Perilous Hunt is the book that proves it.
Meer lezen
Vertaal recensie in het Nederlands

Phil
5,0 van 5 sterren An Excellent Chapter in a Fascinating Saga
27 oktober 2016 - Gepubliceerd op Amazon.com
Geverifieerde aankoop
Perilous Hunt is NOT a stand-alone story. If you start here in the series, you are missing a ton of subplot, and the way certain characters relate to each other can be very confusing (for example, why does Alisa dislike her doctor so?). But as the seventh major part of the saga, this is a chapter than brings many a sigh of satisfaction as Leonidas and Alisa continue to develop their relationship and we get closer to returning some very important children to safety and to loving adults. Predictably, there is an abundance of snarky humor, plenty of lusty innuendo, and lots of repairs to the ship needed while Alisa and her crew/passengers battle foes on every side.
Meer lezen
3 mensen vonden dit nuttig
Vertaal recensie in het Nederlands

Barbara Elness
5,0 van 5 sterren Action & Great Characters, Love It!
16 januari 2017 - Gepubliceerd op Amazon.com
Geverifieerde aankoop
Captain Alisa Marchenko is closer than ever to finding her daughter, and she and her crew are searching for the Starseer research station they believe Jelena and Prince Thorian were taken to. Of course they’re not the only ship in the area, as Imperial warships and Alisa’s evil Starseer uncle are also searching for the prince. Nothing is ever easy, but with her mix of loyal crew members and several others hitching rides, including a number of Starseers, they might have a chance to find the children first. Of course the weapons Leonidas and Mica have installed might help, they certainly can’t hurt. I loved that the relationship between Alisa and Leonidas has heated up a bit, but obstacles always seem to get in the way and I hope they can work them out. It seems like I read each story more quickly than the last, they’re so exciting and I can’t wait to see what happens next. The next book is the last, and even though I don’t want the series to end, I’m looking forward to seeing how it all turns out.
Meer lezen
Een iemand vond dit nuttig
Vertaal recensie in het Nederlands