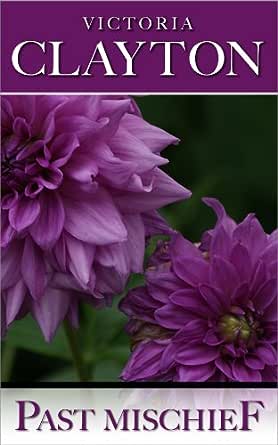 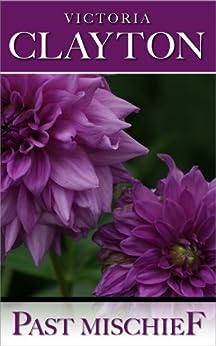 Miranda Stowe seems to have everything – looks, brains, three children and a beautiful manor house in Kent. When she finds her husband dead, shot in the chest, her friends’ verdict is that Fortune has turned against one of her darlings.

But throughout their marriage Jack had been constantly unfaithful, and his death forces Miranda to look anew at her life. She decides to take in paying guests. Among them are a dashing young Hungarian pianist and an elderly painter. Then there is her ‘family’: her childhood nurse, the acerbic Rose; Ivor, the poet gardener; and her three children, who react with alarming unpredictability to their father’s death.

‘Past Mischief’ is Victoria Clayton’s second novel (after ‘Out of Love’). It is being republished through the Kindle Store in Autumn 2012, followed by ‘Dance With Me’ and ‘Running Wild’.
click to open popover

JustMe
5,0 van 5 sterren Wonderful
21 april 2007 - Gepubliceerd op Amazon.com
Geverifieerde aankoop
This was the first Victoria Clayton book I read, and I didn't want it to ever end. She writes intelligently, so hers aren't really 'fluff' reads but yet they are relaxing and enjoyable. If you haven't read any of her books, I highly recommend that you start. The biggest problem is finding them at a reasonable price in the U.S.!
Meer lezen
5 mensen vonden dit nuttig
Vertaal recensie in het Nederlands

The Reader
5,0 van 5 sterren Another great read by Victoria Clayton
14 november 2013 - Gepubliceerd op Amazon.com
Geverifieerde aankoop
Past Mischief is another engrossing, whimsical read from V. Clayton. I can't put her books down. Bring them on, i'll read them all!
Meer lezen
Vertaal recensie in het Nederlands

karen
5,0 van 5 sterren What fun to read!
3 juli 2000 - Gepubliceerd op Amazon.com
Victoria Clayton creates a charming, eccentric, "veddy" British world you will not want to leave. The characters are intelligent and witty, and the plot has some surprising twists in this story of a widow learning to live life on her own terms.
The book starts with a death. Jack has shot himself, leaving behind his wife Miranda, three teenage children, and their manor house in Kent. Miranda must confront the puzzle of who Jack really was and how he died. She must also take a look at herself, and decide who she is, now that she is not a wife.
The one thing she knows for sure is that she loves her home, Westray. Due to the financial woes Jack's death has caused, she decides to turn it into a small inn. Now, the complications begin, as Miranda's family, helpful friends, and paying guests keep her too busy to spend time mourning.
There are those who exasperate her; including her friend Maeve, the aging flower child whose "discreet" romantic exploits are known to the whole town, and local doctor Rory Macleod, who seems to be on the scene, with eyebrows raised, every time a leacherous old man in town tries to make a move on the new widow.
There are those who depend on Miranda; from her daughter Elizabeth, whose devastation over her father's death leads to trouble, to Rose, Miranda's childhood nanny, whose failing health does not stop her from protecting Miranda from pain in any way she can.
And there are the divine; the paying guests who bring new meaning to Miranda's life, from the dashing Hungarian pianist who reintroduces Miranda to romance, to the elderly painter who quotes the classics and keeps a secret that will affect the whole family.
Past Mischief is an old fashioned good read with some romance, some mystery, and characters you will not forget. Check into the Westray. You won't want to leave!

sonja falkenberg
5,0 van 5 sterren I Hate Finishing Ms. Clayton's Books!
28 maart 2001 - Gepubliceerd op Amazon.com
I have now read, I believe, all of Victoria Claytons books. The latest one was Running Wild which was every bit as good if not better than the earlier ones (well, perhaps Past Mischief is still my favourite - but only just). Once again I can only say that I hope Ms. Clayton is writing another book - we (my friends, my mom and I) are all waiting!! Many thanks and congratulations on another MASTERPIECE! Such fun to read. Regards, sonja falkenberg (Toronto, Canada).
Meer lezen
3 mensen vonden dit nuttig
Vertaal recensie in het Nederlands
Ga naar Amazon.com om alle 7 recensies te bekijken 4,3 van 5 sterren
Terug naar boven
Over ons
Verkoop bij ons
We helpen je graag
© 1996-2020, Amazon.com, Inc. en dochterondernemingen